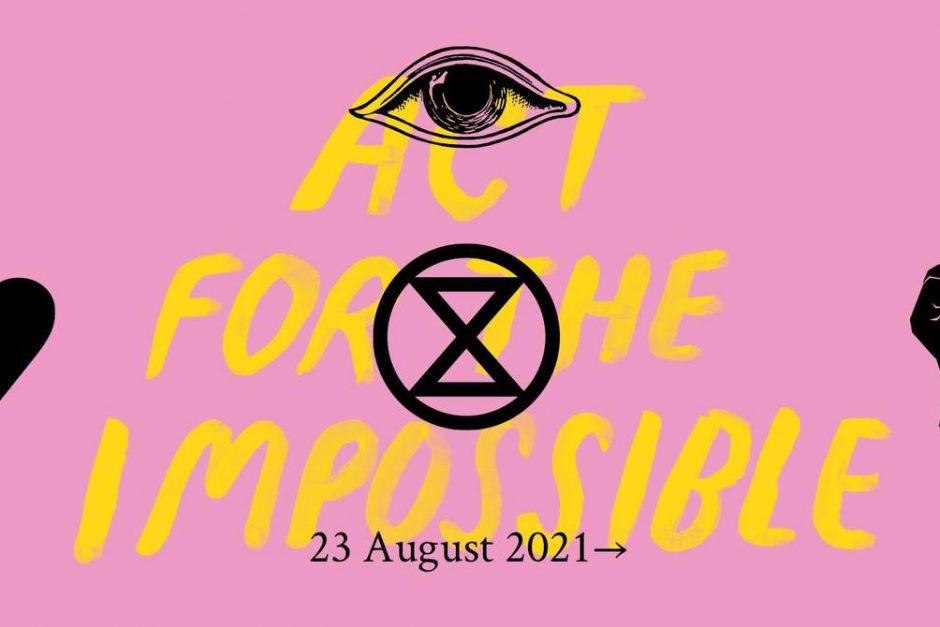 Our Future on the Table

Two thousand new rebels have signed up for the Impossible Rebellion on Monday next week, following the recent ‘code red’ IPCC report and alarming weather events across the world. Both at local group level, and in training zooms, coordinators report a surge of new faces. Anneka Sutcliffe from the Relationship Circle said: “Forty per cent of people on the streets are likely to be new.”

And in more good news, the rebellion crowd funder is growing fast. Even the weather is playing nice. Everything is in place for a magnificent rebellion.

The theme of the rebellion on Monday in Trafalgar square is crisis talks. Since the government refuses to hold its own emergency talks with the British Public, Extinction Rebellion is going to do so using our own furniture on the streets. The aim is to listen to people’s climate concerns and ideas of the future.

Anneka gave details: “We will begin in Trafalgar Square, and go on until our demands are met. Our aim is to create a whirlwind around the issues. As well as talks, there will be occupations and marches. It is going to be joyous, celebratory atmosphere.“

Clare Farrell Extinction Rebellion cofounder contrasted XR’s street-level crisis talks with the international talks in Glasgow at the end of the year: “The COP process is not fit for purpose.” Tim Crosland from Plan B added: “There have been twenty-five COPs before. That’s quarter of a century of COPs! Yet the carbon emission graph shows an upward slope for all that time. COP privileges growth above carbon emissions. Unless you confront that, the line is going to keep going up.”

The Second Week: Focus on the City of London

The second week focuses on the city of London as Tim Crosland from Plan B says: “The city is the arch financier of the carbon economy. The insurance company Aviva told us the Footsie (The Financial Times Stock Exchange 100) is driving us towards 3.9 degrees of global warming. That is devastating. Unimaginable. But it is not XR making this claim. It is a major insurance company.”

Esther Standford-Xosei from XR International Solidarity Network emphasised the role of the city: “Those of us in the UK have the responsibility to call governments to account for their furthering of the climate and ecological crisis. This rebellion is about us merging with those communities of resistance in the Global South already pushing back.

“We need to recognise the role of the City of London not just in the financial system, but also its role in the enslavement of indigenous and black people. The majority of humanity is poised to support this rebellion.”

New Approach to the Police

Ex-policeman and XR activist Paul Stephens said: “We’ve notified the police. We’re not telling them details because, when we tell the Met Police in advance, they give us less respect to protest. When we engage with lower ranks, they weight up our rights. But when we talk with the politically-engaged, high ranks they take the line that any disruption is out of order.”

Marvina Newton from United for Black Lives drew attention to the inadvertent consequences of Priti Patel’s PSCS Bill to bully both BLM and XR: “The PCSC Bill has united us. They thought they could bury us but they didn’t know we were seeds!”

Challenge to the Press: Tell the Truth!

Marvina ended by challenging the press and media to step up and do their jobs: “It’s time we held the corporate establishment to account for what they are doing. This has to happen in my lifetime. Yes, it’s ‘impossible’. We want to ask the press and the media to acknowledge the emergency happening right now.’

Twenty-year old XR activist Daze Aghaji agreed: “The press should take ownership of their responsibility. They are the people who need to tell the truth so people can make informed decisions about how they think our government needs to act.

At the other end of the age spectrum, La Pethick, 68, an activist from XR Grandparents agreed: ‘We need to hold politicians to account for their criminal lack of action. It’s a biological imperative to protect all our children and grandchildren.”