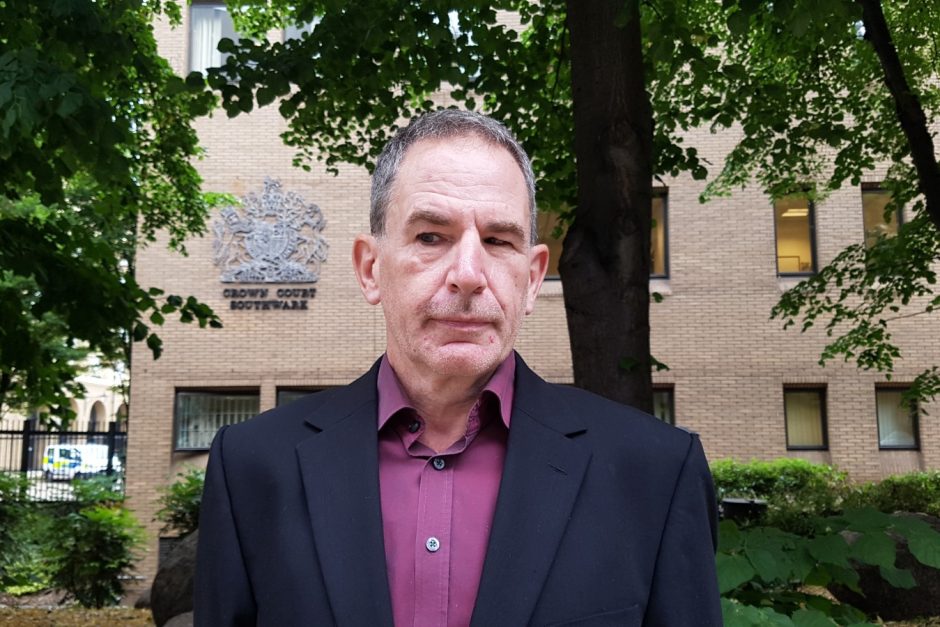 Trial begins of Paralympian who climbed on top of a plane

Monday 26 July: The jury trial of former Paralympian James Brown, who climbed on top of an aeroplane during XR’s October 2019 Rebellion, begins this morning.

James, 56, who is visually-impaired, is charged with public nuisance after live-streaming from the top of the plane at London City Airport and gluing himself on.

His action was part of Extinction Rebellion’s occupation of the airport on 10th October 2019 in protest against aviation expansion and the climate impact of flying.

James won two gold medals for Great Britain at the 1984 Summer Paralympics Olympics in New York for athletics, and a bronze for Ireland in 2012 for cycling. He also competed in cross country skiing and biathlon.

The trial, at Southwark Crown Court before judge Gregory Perrins, is scheduled to conclude on Wednesday or Thursday.

James will be available for interview following the verdict.