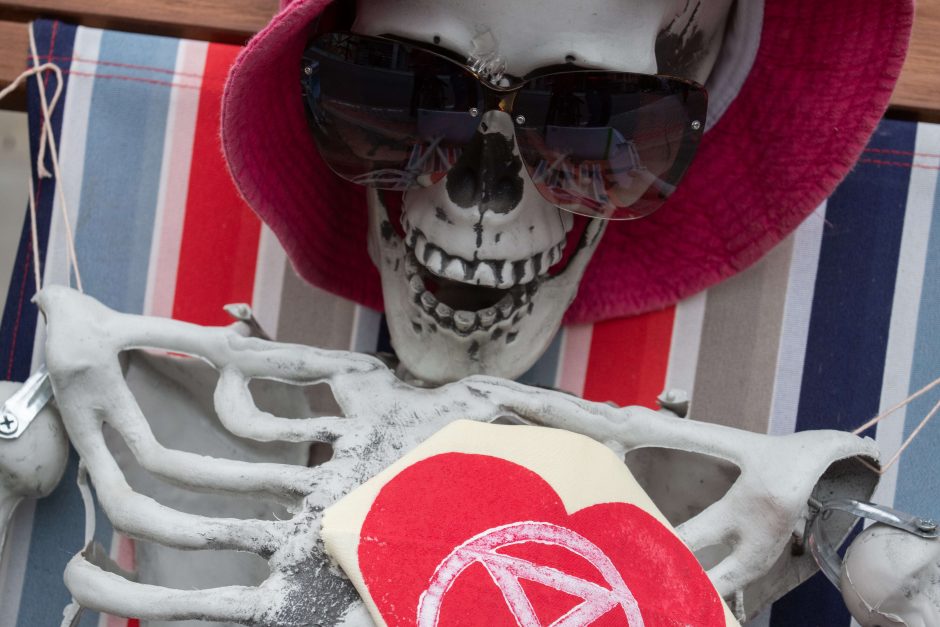 Extinction Rebellion is calling on everyone, climate activist or not, to come together in love and courage for the Impossible Rebellion in August. Our world is in a desperate state. We need all mothers, fathers, grandparents, teachers, scientists, young people, nurses, footballers, singers, lovers, lonely hearts, gardeners, musicians, blue and white collar workers, to come out on the streets in London from the 23rd August.

We welcome everyone sick of this broken political system; anyone who’s noticed that the crisis is already here, everywhere you look; anyone who cares. Come as Extinction Rebellion. Come as an allied organisation. Come as a professional, a citizen, or just as yourself. As Sir David King recently said: ‘We have three or four years to determine the future of humanity’. If politicians won’t step up to the plate, then we will.

Act Now – Because It Is Too Late

We have lost a year of being able to safely engage in mass civil disobedience. But now COVID restrictions are lifted, the clock is ticking, and the more drastic threat of the climate crisis is looming.

This Autumn there will be multiple global summits to address the climate and ecological crisis. But politicians are showing no signs of pushing for the change we need. Even Greta Thunberg herself is so fed up with the whole charade that she won’t attend COP26 at all.

Anneka Sutcliffe, UK Operations Coordinator, says: “Our Government is still allowing investment in fossil fuels. It is still prioritising profit over people and the planet’s wellbeing. The only appropriate response at this stage, where people are dying, is to change the failing system fast enough, is civil disobedience.”

The main theme of this year’s rebellion is Crisis Talks. If our leaders fail to hold the urgently needed emergency talks, we will do it ourselves. Everyone is welcome. We will occupy spaces to listen and discuss the hard truths: what does crisis mean to you? How is it affecting your community? What can we do about it?

We will occupy spaces in London, both buildings and roads. To demonstrate the power of Citizens’ Assemblies, tables will become a creative symbol of the rebellion; places on which to build things, to eat; objects around which we can talk but which can also be used to block the road.

Don’t worry if you can’t make it to London! Sam emphasises all the other ways to engage: “There are opportunities for digital rebels to make their mark. This is perfect for people with caring responsibilities, disabilities or jobs that get in the way of being on the streets and is very much needed. There will also be local actions happening in parallel across the UK: similar to the Rebellion of One we ran earlier in the year.”

Anneka is also clear that this will be an inclusive rebellion, inviting other movements: “We are also working on our partnerships with other movements. We need to raise each other up and see the interconnection of climate, social and racial justice, on a global scale. If you represent another movement and want to reach out to our Relationships team contact here.”

There will be further website updates here as we are now committed to publishing our own news here. So watch this space!