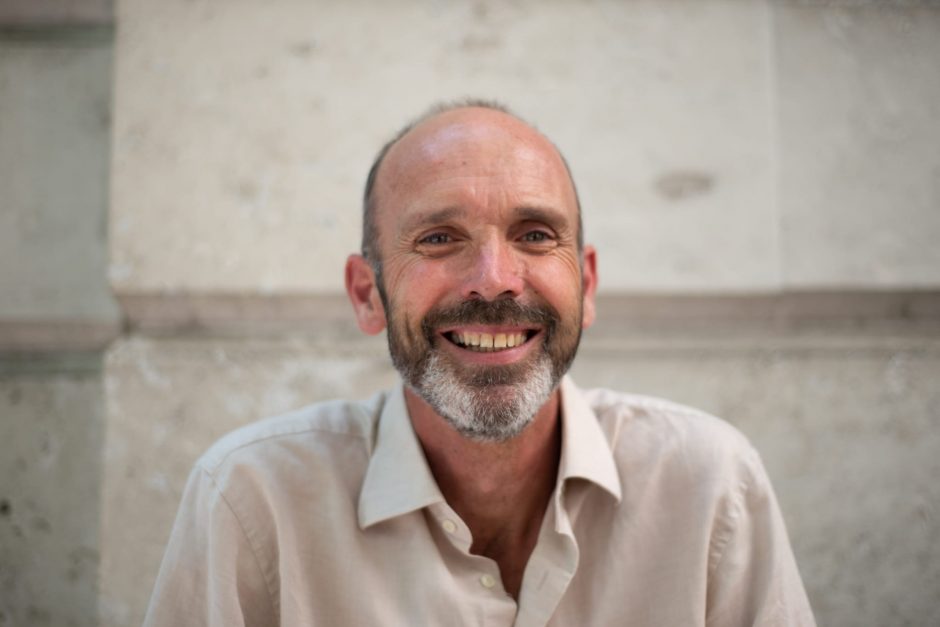 One of the first XR defendants to be tried for Obstruction of the Highway following the landmark Ziegler Supreme Court ruling has been acquitted.

District Judge Cohen ruled on Wednesday (21 July 2021), that Ben Benatt, an environmental scientist from Brighton, was acting reasonably and proportionately when he sat in the road during the September 2020 Rebellion and refused to move.

Ben, 54, who was representing himself at his trial at City of London Magistrates’ Court, successfully argued he was exercising his right to protest under the Human Rights Act.

The Human Rights Act, in protecting a person’s right to expression, allows for a certain degree of disruption before a person is subject to section 68 of the 1994 Criminal Justice and Public Order Act. In June, the Supreme Court shifted the balance in the favour of protest, ruling in the Ziegler appeal that even if there was deliberate obstruction, with more than minimal impact on others, a conviction is not automatically necessary and proportionate, when balanced against a defendant’s rights.

The Ziegler ruling could have widespread ramifications on the policing and prosecution of protests.

In his ruling, Judge Cohen said: “…in light of the fact that there are here in reality only two factors which favours the prosecution and a whole series of factors of significant weight which favour the defence namely: the limited nature of the obstruction (both temporally and geographically), its peaceful nature, the importance of its objective and the genuine of Benatt’s beliefs, that I am not satisfied so that I am sure the conviction in this case of Mr Benatt is necessary, and proportionate”.

The full written reasoning is available on request.

Although Ben Benatt’s acquittal was the first following the Supreme Court’s Ziegler ruling, there have been two previous acquittals in the magistrates courts under the Human Rights Act.

In April 2021, anthropologist Justin Kenrick was found not guilty of obstructing the highway since police had interfered with his human rights by arresting him. [2]

Kenrick was acquitted on 7 April 2021 by District Judge Woodcock at City of London Magistrates’ Court “on the basis that the interference with his Article 10 and 11 convention rights was disproportionate and that the defendant was acting reasonably and thus had a lawful excuse.”

Within weeks, the CPS began proceedings to appeal Justin’s acquittal in the High Court. Earlier this month, however, as a result of the Ziegler ruling, the CPS conceded its objections.

On 19th May 2021, 72 year old Godfrey Whitehouse was cleared of aggravated trespass after magistrates ruled the disruption he caused did not trump his right to protest.[3]

Around 2000 XR members have been tried in the magistrates’ courts since April 2019. All have either been convicted or acquitted on technicalities, except for Justin Kenrick and Godfrey Whitehouse. [4]

There have, however, been a number of absolute discharges handed down by magistrates, including two in different courts on the same day. [5] In April, six XR members convicted under S14 won their appeals at Southwark Crown Court in a ruling that may open the way for future appeals. [6]

There have also been calls for the courts to cease the criminalisation of peaceful climate protesters acting to help safeguard all our futures.[7]

Acquitted defendant Ben Benatt said: I’m delighted to walk away from the court today with a not guilty verdict, but more importantly I’m hoping my ruling represents a shift in the mindset of the judiciary following the Ziegler case.

“Judge Cohen recognised that it IS reasonable and proportionate to cause targeted obstruction in order to wake the world up to the devastation being caused by the climate crisis.”

Lawyer Raj Chada of Hodge Jones and Allen, who represents a large number of XR defendants and was the solicitor in Ziegler case said: “Ziegler can represent a sea change in how the courts view protests, even where they cause disruption.

“The courts need to consider each case on its own facts and defendants are entitled to expect a high level of protection in their article 10 (right to free speech rights), where they are engaged in highlighting matters of grave public importance such as the climate crisis.”

2. Justin Kenrick was arrested on 9th October 2019 and charged with obstruction of the highway during the 2019 October Rebellion. He was acquitted on 7 April 2021 by District Judge Woodcock at City of London Magistrates Court ”on the basis that the interference with his Article 10 and 11 convention rights was disproportionate and that the defendant was acting reasonably and thus had a lawful excuse.”

The CPS had said it would challenge the decision, making an application to Judge Woodcock “to state his case”. Last week it confirmed it would be dropping the appeal as a result of Ziegler. Judge Woodcock’s written ruling is available on request.

3. Godfrey Whitehouse was being tried for aggravated trespass for an action outside the Home Office on 8th October 2019 to highlight the government’s failure to act on the climate and ecological emergency. Eight people took part in the action, on the second day of XR’s 2019 October Rebellion, during which some of them, but not Godfrey, glued themselves to the security pods in the staff entrance lobby.

Godfrey, who self-represented, was tried alone before a lay bench at City of London Magistrates’ Court on Wednesday 19th May. The magistrates acquitted him on the basis that while the action he had taken had caused 10-15 members of staff to be diverted to an alternative entrance, it had not disrupted the work of the Home Office to a significant level.

Godfrey is 72 and a retired chartered engineer (specialising in energy and carbon management) from Exeter. His wife Jill, a retired teacher, has also been prosecuted.

4. Since April 2019, around 2000 people have been prosecuted for offences related to Extinction Rebellion protests, primarily the Rebellions in April 2019, October 2019 and September 2020. The vast majority concluded this month, however there are still a handful of trials taking place between now and October.

Most XR prosecutions are for minor offences like obstruction of the highway or unlawful assembly (Section 14) and are heard in the magistrates courts. The standard sentence is a conditional discharge for 6-12 months or a small fine, along with court costs of a few hundreds pounds.

An absolute discharges means the judge is extremely reluctant to convict. Although it does leave a criminal record, the conviction is immediately spent and there is no punishment – the experience of going to court is considered punishment enough.

There have been at least another two absolute discharges over the last two years. In September 2019, District Judge Snow at City of London Magistrates’ Court waived punishment for Elinor Milne who said she hoped to adopt a child. The judge explained that he didn’t want to deprive an infant of a loving home. In March 2021, at City of London Magistrates’ Court, a judge gave an absolute discharge to three people being tried for obstruction of the highway, because of the time the case had taken to come to court.

6. On 30th April 2021, six people had their section 14 convictions overturned on appeal at Southwark Crown Court. Judge Perrins ruled that two Section 14 conditions imposed by police were not proportionate.  Another three defendants whose convictions were upheld that day, are considering taking their appeals to the High Court. The successful appeals pave the way for others arrested under the same Section 14 orders to also appeal their convictions. HJA will be lodging a number of appeals ‘out of time’ in the next few days.

7. Peter Hain (former Secretary of State For Northern Ireland for Work and Pensions and for Wales) calls for a halt to XR prosecutions.