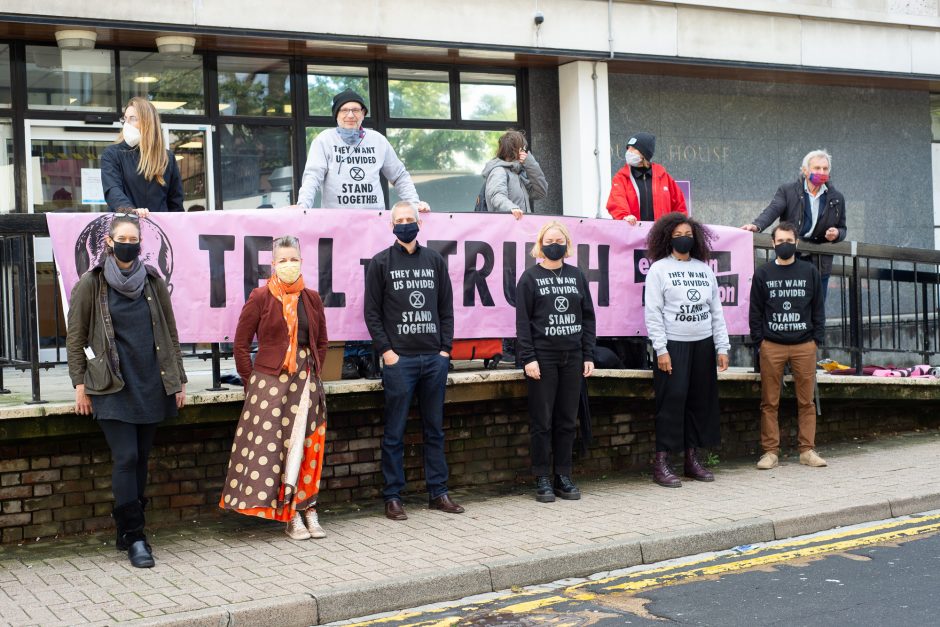 We are astonished that Judge Fudge ruled there was no political interference in the police operation despite overwhelming evidence. Priti Patel contacted the police frequently throughout the night and demanded the early removal of protesters.[1] We suspect under pressure from fossil fuels investing climate-delayer Rupert Murdoch. History will decide where the real guilt lies.

As floods devastate Europe, another heat dome is building in the United States, and environmental defenders across the world are being silenced, XR will continue to demand that the press tell the truth about the climate and ecological emergency.

The media is a central pillar in helping the public understand the scale of the response needed. Our captive press is failing in its democratic responsibility.

We are considering our options for an appeal.

This was the second trial for the Broxbourne Printworks blockade in September 2020. The full ruling, by District Judge Fudge at St Albans Magistrates’ Court, is available