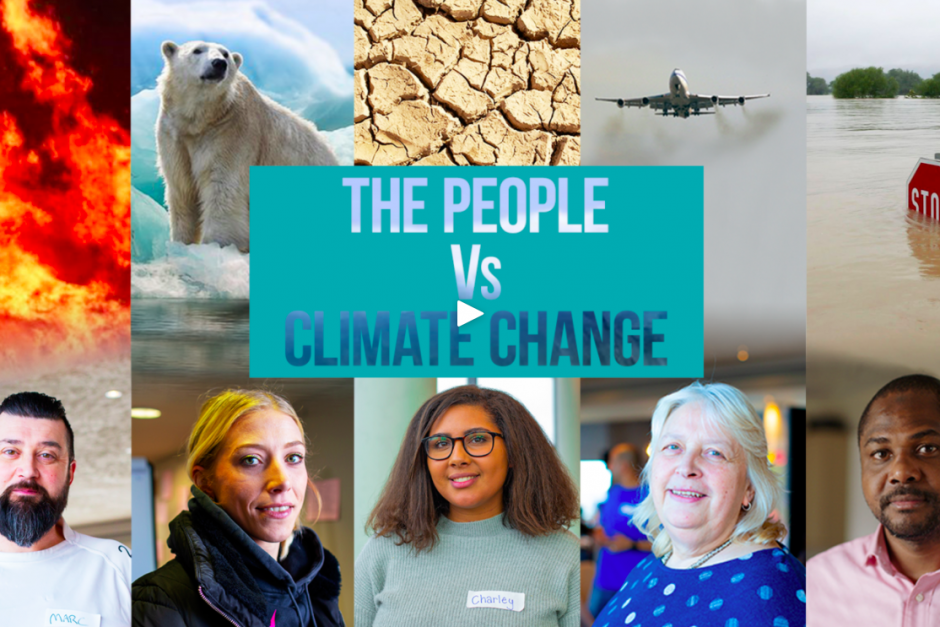 Watch ‘The People vs Climate Change’ on BBC iPlayer

The People vs Climate Change, a new documentary currently available to watch on BBC iPlayer, follows the learning journey of a group of people selected to take part in Climate Assembly UK. The film shows the wide range of attitudes about climate change, ranging from ‘ignorance is bliss’ to ‘I’m not particularly worried’ to ‘I feel about people that don’t believe, I can change their mind.’

The Citizens’ Assembly Working Group (CAWG) of XR UK has put together some thoughts about the film to help rebels with their messaging around this issue.

It’s true we didn’t love Climate Assembly UK. We essentially feel that asking people to decide how to get to zero net carbon by 2050 is like asking them to decide how they want to die.

However, we have always said that we were impressed with the actual process of Climate Assembly UK and we were especially impressed with the bold and brave decision the citizens put forward, despite the limitations of the assembly’s remit.

This film is very much about the brave individuals who took part in the Assembly. It provides rare access to the members’ lives as well as parts of the deliberation during the Assembly. It is definitely worth watching.

The human side of citizens’ assemblies

The film shows how the process of a citizens’ assembly can bridge gaps, open up and move people’s minds.

We see the power of taking people out of their comfort zones and bringing them together with others from outside their own bubble. The result is a group of strangers connecting, learning, sharing and collaborating in a way that politicians in our current electoral political system are unable to.

The People vs Climate Change shows us the human side of a citizens’ assembly. We meet ordinary people who are prompted to learn about and understand a complex issue, while bringing their very different circumstances and lived experiences to the table. This is crucial in the pursuit of Extinction Rebellion UK’s Third Demand, because it puts to rest concerns from the general public about assembly members already being climate activists – the film shows that they are not. In fact, some of them really don’t care about climate change.

It also dismisses the misgivings about randomly selected people’s ability to understand climate science and make decisions. We witness throughout the film the commitment of the Assembly members to the process. They are truly engaged with the information they are given, you see them studying and learning together. You feel their emotions that come with the realisation of how awful the climate situation really is. It’s very moving to see them become informed decision makers.

Together we are brave

Another important factor is that you see how bold ordinary citizens can be once they realise what’s at stake. You see them struggling, thinking about fairness, selfishness, jobs, weighing up the pros and cons. You see the courage of individuals making decisions that are much more radical than they would have been before they embarked on the journey of Climate Assembly UK.  Leaving the very inadequate 2050 date they had to address aside, ambitious recommendations were made at the end of Climate Assembly UK.

Watch The People vs Climate Change now on BBC iPlayer. Please note, the more people watch this documentary the more broadcasters become aware that the public does want to see content about climate change – they currently do not believe this is something that will get an audience.

Find out more about the filmmakers: Picture Zero

Find out more about citizens’ assemblies, visit the CAWG UK website for a deeper dive, or contact CAWG on XR-CitizensAssembly@protonmail.com