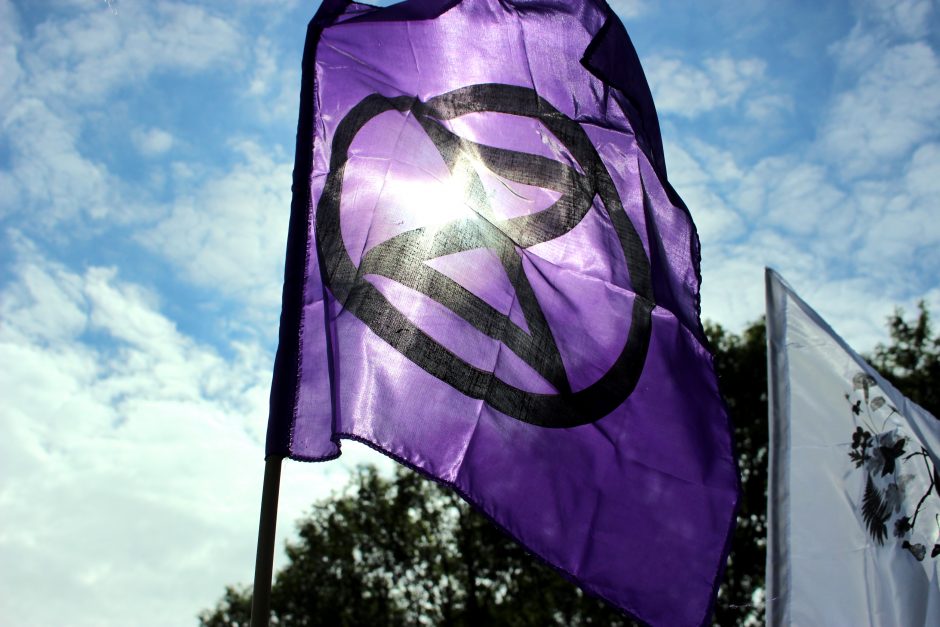 Today, Extinction Rebellion revealed their plans for the G7 Summit in Cornwall (11 – 13 June.)  The series of protests – to be held across the UK in the run up to, and during the summit – will be focused on the failure of G7 nations to respect the global climate commitments they made in Paris in 2015, and to urge the leaders meeting at Carbis Bay in Cornwall to act immediately to address the Climate and Ecological Emergency. [1]

Beginning on June 1st, Extinction Rebellion’s ‘G7 Rebellion’ will kick off with a series of actions in towns and cities across the UK, which will culminate with 3 days of protests in Cornwall.  The group said that it expects around 1,000 protesters to make their way to St Ives for the summit.

2021 is a critical year for the global climate negotiations and the G7 Summit is seen as a key staging post before COP26 in Glasgow in November.  There are widespread calls for G7 countries to increase their ambitions for emissions reduction and climate finance assistance to developing countries, or risk the failure of COP26. [2][3]

Melissa Carrington, a former environmental consultant from Dorset, says: “The reality is that none of the G7 nations are delivering on the promises they made in Paris in 2015.  All claims of climate leadership are farcical, when no major economy has implemented policies consistent with limiting global heating to 1.5 degrees Celsius.

“G7’s recent statements are the bare minimum that they can get away with. We need to see much greater ambition including an immediate end to financing and subsidies for all forms of fossil fuel and a massive scaling up of climate finance assistance to developing countries.”

G7 environment ministers have recently agreed that they will deliver climate targets in line with limiting the rise in global temperatures to 1.5C and end direct funding of coal-fired power stations in poorer nations by the end of 2021. [4]

The plans for Cornwall

On the first day of the G7 Summit Extinction Rebellion plans to hold a creative and artistic, but noisy protest march through the centre of St. Ives. Supporters are invited to “sound the alarm” for climate justice by making as much noise as possible with air horns, drums, rattles and other instruments. The march will feature a large samba band and many pop up theatrical actions.

The theme for the day’s events is a reference to the fact that a wealthy minority of the world’s countries and corporations are the principal cause of the climate and ecological crisis while its adverse effects fall first and foremost on the poor who have done least to contribute to the crisis.

Extinction Rebellion has requested that a delegation of activists from XR and associated movements is allowed inside the security corden surrounding the Carbis Bay hotel to deliver messages from communities on the front line of the climate and ecological emergency to the G7 summit.

Cathy Allen from Extinction Rebellion says: “The delegation is symbolic. It attempts to give voice to the anger of climate vulnerable communities who are not represented at the G7 summit to enable their stories to be heard by the world’s leaders.

“We face a situation of barbaric inequity, where the 50% of the world who contributed so little to our collective climate crisis (7%), are the ones facing the brunt of its impacts, and are also, as usual, the ones who have no voice at all at the G7 table. ”

On the second day of the G7 summit the focus of Extinction Rebellion protests will switch to Falmouth, where the group plans to hold another creative, non-violent march through the town. There will be creative art installations, speeches and theatrical performances, interspersed with singing and choir performances.

The theme for the day is government’s greenwashing of the Climate and Ecological Emergency. The narrative from governments, corporates and the media has changed. They might appear to be saying some of the right things about climate action, but their words are often a cover for  lies, half truths and disinformation.

The actions for the day will focus on calling out the greenwash wherever we see it: fossil fuel companies trying to convince us they are part of the solution, banks promising Net Zero while pumping trillions into new fossil fuel projects and the UK government as greenwasher- in-chief claiming climate leadership while simultaneously increasingly their support for the fossil fuel industry.

Nat Squire, 24, an Osteopath from Falmouth says: “Our government claims to be a climate leader while every decision they make takes us closer to climate and ecological collapse. This is worse than greenwash,  it’s a massive fraud and people my age will end up paying the price. “

On the final day of the G7 summit the Extinction Rebellion protest will return to St. Ives where a day of creative beach based actions is planned, including art installations, music, speakers and ‘discobedience’.

The theme for the day is “All hands on Deck” a reference to Extinction Rebellion’s third demand for a Citizens’ Assembly on climate and ecological justice to move beyond our broken parliamentary democracy and place power in the hands of citizens.

In the afternoon, the focus will return to the G7 summit and the main theme of “Drowning in Promises”. A creative art installation will feature a wooden model of the official G7 summit logo sinking beneath the waves as dancing rebels collapse on the sand in a die-in.

1st – 10th June: Blooming Greenwash. A group of cyclists are departing Shoreham on the 1st June and  travelling 300 miles to the G7 Summit in Cornwall to arrive on the 10th. With their boat, the “Bloomin’ Adur Too”, they will travel around 30 miles a day along the south coast. They will be performing plays and circus acts along the way to highlight Government inaction on the climate and ecological emergency and false claims of climate leadership (“greenwash”).

5th – 10th June:  Plymouth to Carbis Bay – Protect the Earth March. Groups from across the south west are coming together to march across Cornwall to arrive in time for the G7 Summit. The particular focus for the march is global solidarity with front line activists and earth defenders who are risking their lives in order to fight ecological destruction caused by foreign companies operating in their communities.

7th-10th June: Make the Wave. 4 days of nationwide UK outreach actions for local groups to get involved with, forming a WAVE around the coastline that “will surge into an unstoppable force for change”.

10th June, 10:00pm. Light the Beacons. We will light the Jubilee Beacons or those on old Beacon hills as we urge world leaders to take the actions needed to save our beautiful planet.

5th June:  Global South Uprising.  Those at the frontline of climate crimes, in  Africa, Asia and Latin America, will draw attention to the hypocrisy of the countries and companies causing climate and ecological catastrophe in their lands.

6th June: Pass the Mic: XR is calling on hundreds of media-savvy rebels around the world to join in this simple, practical act of solidarity, amplifying the actions and messages from those on the frontline of global climate and ecological catastrophe in poor countries and communities throughout the global XR reach.

[1] The Group of Seven (G7)  is an intergovernmental organization consisting of representatives of some of the wealthiest advanced democracies in the world : Canada, France, Germany, Italy, Japan, United Kingdom, United States and the EU.  Additional countries invited to attend the 2021 annual summit are Australia, India, South Korea and South Africa. https://www.g7uk.org/what-is-the-g7/

[2] COP26 will end in failure without a finance deal. https://www.thetimes.co.uk/article/cop26-will-end-in-failure-without-a-finance-deal-3jh7zxk7v

[3] Dealing with loss and damage from human induced climate change in the upcoming COP26 in Glasgow, Scotland in November 2021, will be a make-or-break issue for the most vulnerable developing countries. https://thecvf.org/ourvoice/blog/dealing-with-loss-and-damage-in-cop26/