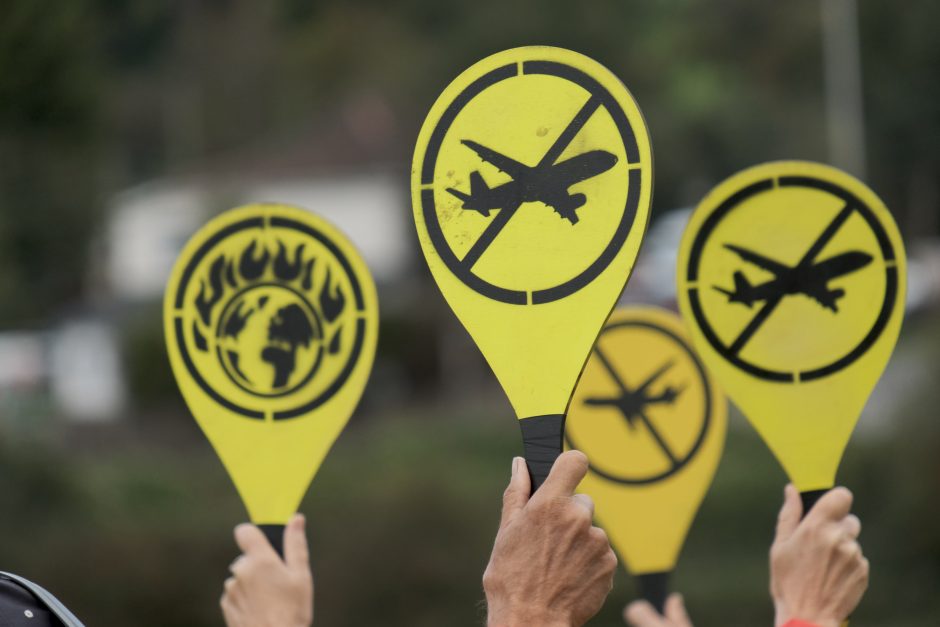 On the afternoon of May 10th, Tim Crosland, a lawyer of 25 years standing, and the former Deputy Director of the Serious Organised Crime Agency was fined £5k and ordered to pay costs for breaking the Supreme Court’s press embargo on its ruling to allow the third runway at Heathrow. Tim’s deliberate act of civil disobedience exposed the Government’s decision to ignore the UK’s obligations under the Paris Climate Agreement of 2016.

In this ground-breaking verdict, the three Supreme Court justices concurred that Tim’s act was a “deliberate and calculated breach of the embargo”, citing that there is “no such thing as a justifiable contempt of court”.

After the verdict, Tim said: “I feel very lucky. Because I’ve taken a stand against the vested interests that profit from crisis and destruction, and have walked away with my life. Many around the world protesting against fossil fuel projects financed through the City of London are much less fortunate.

“The real story here is that the Government concealed from the public the evidence that Heathrow expansion means breaching the Paris Temperature Limit of 1.5˚C, on which our collective survival depends. Breaching the Paris Agreement is a death sentence for the young people of this country and for so many in the Global South.

“Breaching the Paris Agreement is a death sentence for the young people of this country and for so many in the Global South.

“But who are the real criminals here? Those complicit in the destruction of the conditions which make the planet habitable and the betrayal of young people? Or those taking reasonable and proportionate measures to protect their children and the public?”

Tim Crosland of Plan B Earth, a Respondent in the final appeal to the Supreme Court, broke the embargo as a deliberate act of civil disobedience contending that his disclosure was “a reasonable and proportionate measure to prevent serious harm to my children and the public” in light of the climate and ecological emergency. [1]

The case raises matters of global interest and concern ahead of COP26, as it demonstrates the Supreme Court’s and the Government’s blatant disregard for the Paris Climate Agreement temperature limit.

Chris Grayling, Transport Secretary from 2016 – 2019, approved Heathrow expansion in June 2018, 2 ½ years on from the Paris Climate Agreement of 2016. Yet he assessed the climate impacts of Heathrow expansion against the historic temperature limit of 2˚C of global warming above pre-industrial levels, originally passed into litigation under the Climate Change Act of 2008. The Department of Transport, his own civil servants, were warning him that to use this temperature limit and allow the expansion would create an extra 40million tonnes of CO2 to potentially enter the atmosphere by 2050.

In addition, this 2˚C temperature rise had been rejected as inadequate and dangerous in 2015 by the UK Government and the international community. During the disclosure process for litigation, it became clear that Grayling did not inform the public nor Parliament that he did this. Had he assessed Heathrow expansion against the 1.5˚C temperature goal in the Paris Agreement, he could not have approved it.

In February 2020, the Court of Appeal ruled that Mr Grayling should have relied on the Paris Agreement temperature limit (not the 2˚C limit) and consequently ruled his decision unlawful. Boris Johnson informed Parliament that the Government would accept that decision and abide by the Paris Agreement.

However, Heathrow Airport Limited, the company which plans to profit from expansion, launched a further appeal. On 16th December 2020, the Supreme Court overturned the Court of Appeal’s judgement in Heathrow’s favour and ruled that Mr Grayling acted lawfully.

As the Intergovernmental Panel on Climate Change has shown, the consequences for humanity cof exceeding the 1.5˚C of global warming are dire, with the younger generations and the Global South on the frontline. Mr Grayling’s hidden reliance upon the discredited, dangerous 2˚C temperature limit to support his plans was a treasonous betrayal of the young people of this country and made a mockery of the Government’s commitment to showing international leadership in the face of the climate emergency, which our Parliament and the UN Secretary General have declared. [2]

The letter of support for Tim from Sir David King, Caroline Lucas, Dr James E Hansen and others was sent to the Supreme Court. [3]

Tim is available for interview, written commission and comment.

Tim Crosland and why he leaked Heathrow’s third runway decision a day before judgment was due to be delivered: https://vimeo.com/544971231