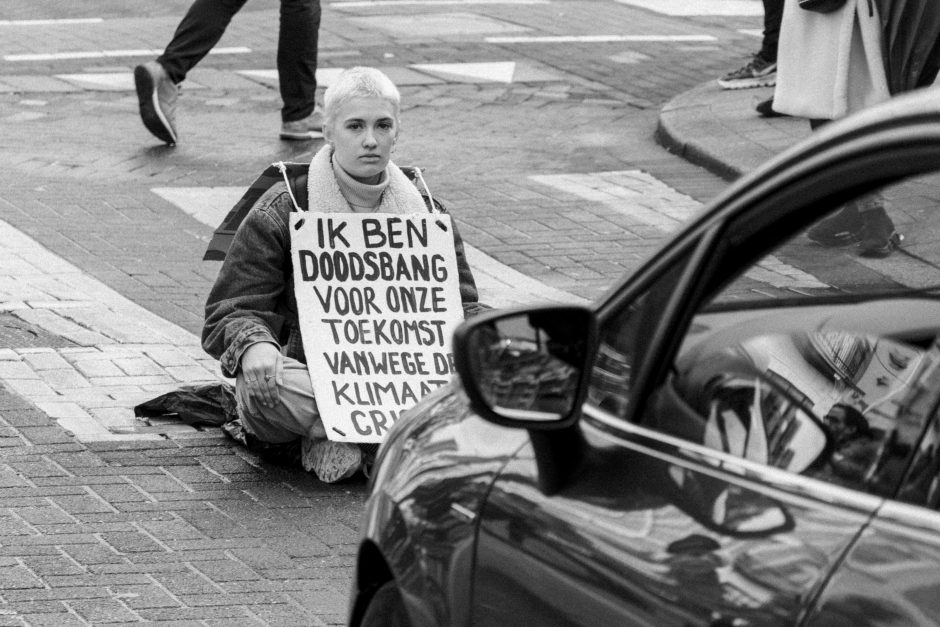 WE WILL NOT BE BYSTANDERS: Two years on from Parliament’s declaration of climate emergency hundreds to take individual disruptive action around the UK

At 11am on May Day (Saturday 1st May) hundreds of people across the UK – including Weymouth, Birmingham, Oxford, Bradford, Ipswich, Lincoln, Canterbury, Nottingham, Carlisle, Newcastle, Portishead, London, Newquay, Haverfordwest in Wales, Bangor in Northern Ireland and many more -will take action individually in different disruptive locations to mark the second anniversary of Parliament’s declaration of environmental and climate emergency in 2019.

This new tactic from Extinction Rebellion – conceptualised during COVID restrictions – will combine the emotive impact of a single person taking action alone with the power of mass-participation nonviolent civil disobedience, to create dispersed, dramatic disruption at the same time on the same day in hundreds of locations up and down the country.[1] Each person will take action alone but together, to highlight our vulnerability in this climate crisis and how we all must take a stand against a corrupt government that refuses to face the reality of the situation we’re in.

Because we will not be bystanders while the world burns.

Two years on from parliament’s declaration of emergency and the Committee on Climate Change and National Audit Office have said the government is doing next to nothing. Only last week in an attempt to impress World Leaders on Earth Day, the Prime Minister announced that he would “slash emissions by 78 per cent by 2035, when compared to levels in 1990.”[2] But he has not yet presented a roadmap for how he intends to achieve this.

Our response to the Prime Minister’s empty promises is this: We don’t believe you.

Because talk is cheap. Since 2019’s declaration of emergency, the government has made several grandstanding promises, while in reality the UK is all but ignoring its Paris climate goals when making major infrastructure decisions, “undermining its presidency of UN Climate talks” in Glasgow this year.[3] The Committee on Climate Change found last year that “The UK has failed on 17 out of 21 progress indicators, falling further behind in many areas…with just two of the 31 key policy milestones having been met over the past year.”[4] In February, the chief executive of the Environment Agency, Sir James Bevan, said that the UK is hitting worst case environmental scenarios.[5] Those are scenarios which, if unchecked, will kill vital ecosystems, slash crop yields, take out critical infrastructure, and overturn the economy.

Amelia Halls from Extinction Rebellion UK said: “At a time of rampant Westminster cronyism, greenwash and restrictions on civil liberties, we need to hold governments to account more than ever. It should come as no surprise that people don’t believe a word this government says when there is absolutely no accountability for the lies we’re told on a daily basis and their empty promises are a world away from their actual actions.

“I can no longer sit by and wait for our supposed leaders to guide us out of this mess. They’re not going to. If it means putting my body on the line to engage more people on the street with the scale of the crisis and take that risk in the meantime, then I will. I can no longer be a bystander while the world goes up in flames.”

The protest, set to begin at 11am on Saturday, will mark the start of a day of mass protest around the UK to oppose the Police, Crimes, Sentencing and Courts Bill. The Draconian bill cites the impact of Extinction Rebellion and Black Lives Matter protests as justification for an increase in police powers and directly references XR several times.[6] Out of concern over this bill, and other repressive government activity around the world, 400 international scientists have signed an open letter calling on governments everywhere to end the criminalisation and persecution of climate campaigners at this pivotal time in the race to curb global heating.[7][8]

Saturday’s actions come in the wake of a landmark victory for nonviolent civil disobedience. On Friday, six XR defendants on trial for criminal damage at Shell’s London HQ were acquitted despite having no defence in law, by a jury of fellow citizens who decided their actions were a fair response to the far greater damage Shell is doing to the planet.[9]

Simon Bramwell, Extinction Rebellion co-founder and one of the Shell 7, said: “The highest function of ecology is the understanding of consequences. The Shell trial became essentially an ecology of truth. The jurors recognised that. Our government still doesn’t care for the truth and the consequences of that in relation to our planetary emergency can only be complicity in global atrocity.

“The jurors found us not guilty. History, in the unlikely event of their being one, will not be so kind to those that didn’t act when they could.”

[8] Note: The letter was published on the Guardián website on Monday 19th April but has been temporarily taken down due to legal concerns in relation to the Shell 7 trial. It is expected to be republished shortly.