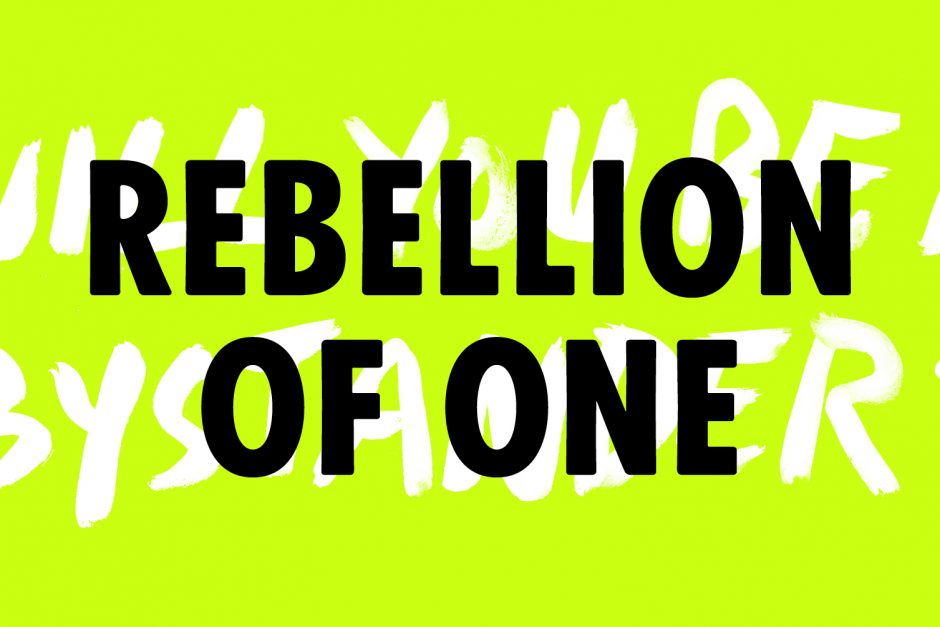 REBELLION OF ONE – the home straight! : TIME CHANGE to 11AM

How is your preparation for Rebellion Of One going? With a week and a half to go, we are on the home straight! If you are looking for a little inspiration, we will be sending a short series of messages which might stiffen your resolve to take action alone, together, on 1 May.

May 1 is International Workers’ Day. It’s a historic day for protest all round the world. We won’t be the only ones out on the streets – and that’s one of the reasons we picked the date. Rebellion of One fits right in with the tradition of Workers’ Day: coming together dispersed but united in the name of climate & environmental justice and the right to live in health on a healthy planet.

Many of you will know that the mobilisation around the Police, Crime and Sentencing Bill will be continuing on May 1.  Alongside others standing up for the right to protest, Rebellion-Of-One-ers will be defending our right to speak truth to power, in faith that the combined impact of both actions will be greater than the sum of either part on its own.

But we are making one change: Rebellion of One will happen at 11am. This is to make it possible for Rebellion Of One support teams to do both jobs, should they wish to.

You can find out more about Rebellion of One by clicking below!