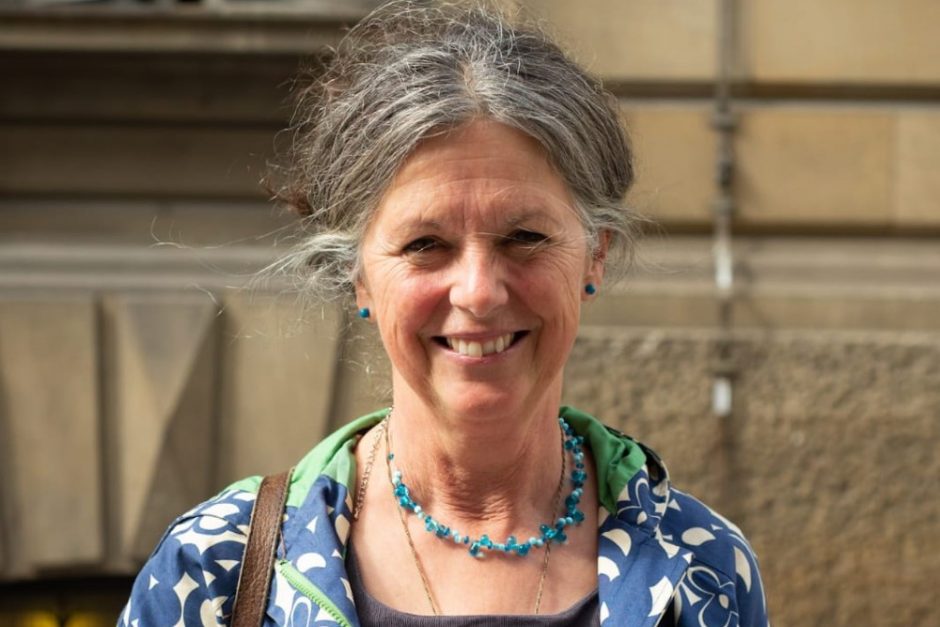 Nessie was arrested on 17th April 2019 on Great George St at Parliament Square during the 2019 April Rebellion and charged with Obstruction of the Highway. She pleaded guilty on 27th September 2019 at City of London Magistrates’ Court and was given a six month conditional discharge and £105 court costs.

She was arrested again on 15th October 2019 at Milbank for Obstruction of the Highway at a protest about food security during the 2019 October Rebellion. She pleaded guilty in her absense due to the Covid restrictions and was given a £200 fine and £620 court costs. She was arrested again on 2nd September 2020 in Parliament Square during the 2020 September Rebellion. Her trial is due to take place in September 2021.

“I feel as a privileged, white middle class women who is self employed and 58, I can send a message to the government using non-violent direct action. where many younger people with jobs to loose, can’t.

I sat in the road as I feel disruption is needed to highlight the government’s business as usual attitude to the climate emergency. We all need to wake up if our children are to have a future.

I have signed petitions gone on demonstrations, joined Greenpeace and Friends of the earth, voted Green, but nothing has changed, governments and corporations are not taking the science seriously, there is so little time to turn things around.

I would rather be on our farm hoeing and harvesting vegetables, but there is a huge hole in my heart when I see the destruction of the earth.

My daughter is 27 and she says she doesn’t want to bring children into this world. We are supposed to make the world a better place for our children not use up their future.

The government’s job is to keep us safe and provide a future for generations to come, they are not doing that.

That is why I sit in the road.”