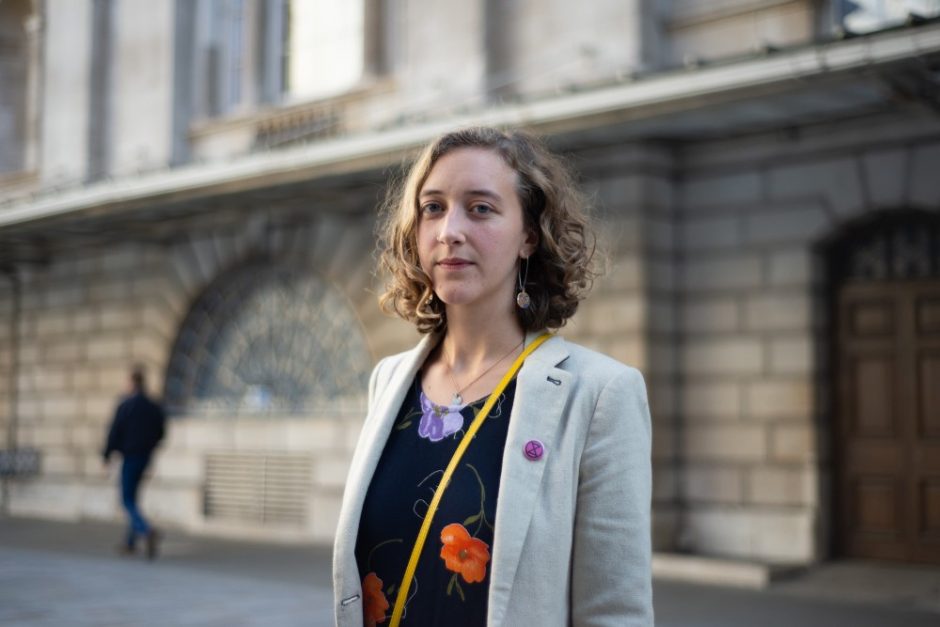 Zoe was arrested at Parliament Square, in front of the Houses of Parliament on the first Thursday of the April Rebellion 2019. She pleaded guilty on October 18th at City of London Magistrates Court and was given a six month conditional discharge and ordered to pay £105 in court costs.

“I come here today in the interest of transparency and truth. Truthfully, I was a complete nerd at school. I loved to learn, and I couldn’t bear to disappoint people, or to be in trouble. I believed the rules were there for a reason. I was sure that if you were kind and good, you would have the chance to live a good life.

It’s been 8 years since I wore a school uniform, but I am still that little girl inside. Today, I come here on behalf of another young woman, my 15 year old sister, who is terrified of the dystopian future we face. She has lost all hope, at that young age when she would be blossoming into herself, and discovering who she is.

Our legal system is failing to protect us from the criminal negligence of our government on the climate and ecological emergency. So I beg you, gatekeepers of the law, to use your influence to save us.

I am still that little girl that never even had an after school detention, and yet in April I was willingly arrested outside of parliament. Surely these arrests therefore are symptoms of a wider sickness. So what will it take for you to act in the interest of justice, for mothers in the global south who are already losing their children? Will you wait until the floods are on this street? How many people must die in London from air pollution for you to take us seriously?

So today, I ask you to prove to me, and everyone person sitting and standing on this street, to every person who has come out across the globe in the name of Extinction Rebellion, in the name of climate justice. For all of the earth protectors, across the world, dead and alive, prove to me that I wasn’t wrong, when I was young, to hope. Prove to my little sister that she has a future that is worth living for.

Our lives are in your hands.”