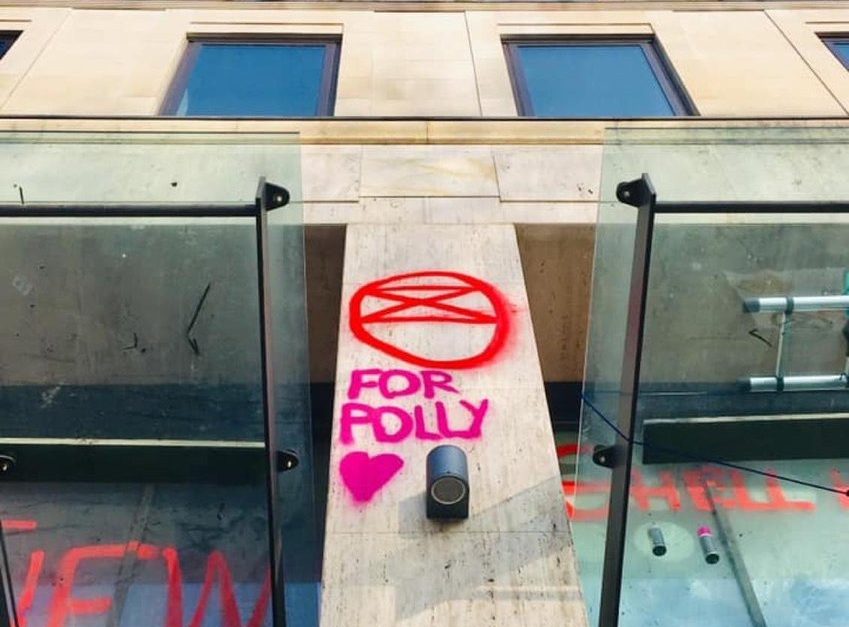 NB. As the defence begins, updates will be posted here.

16 April, London, UK: The jury trial of seven people – including two Extinction Rebellion co-founders – charged with £25K worth of criminal damage at Shell’s London HQ which is currently taking place at Southwark Crown Court in London has been extended to 2-3 weeks.

Now into its fifth day, the defence is due to start its case today. Extinction Rebellion hopes the trial will further the conversation as to who the real criminals are in the context of climate and ecological destruction and resultant biodiversity loss. Jane Augsburger, Simon Bramwell, Ian Bray, Senan Clifford, David Lambert and Sid Saunders have all pleaded ‘not guilty’. They have all chosen to self-represent and are without barristers in the courtroom.

Highlights so far, based on testimony to the jury, includes:

[3] The materials used by the activists were chalk-based spray paint, molasses mixed with flour – the fake oil – and crayons.