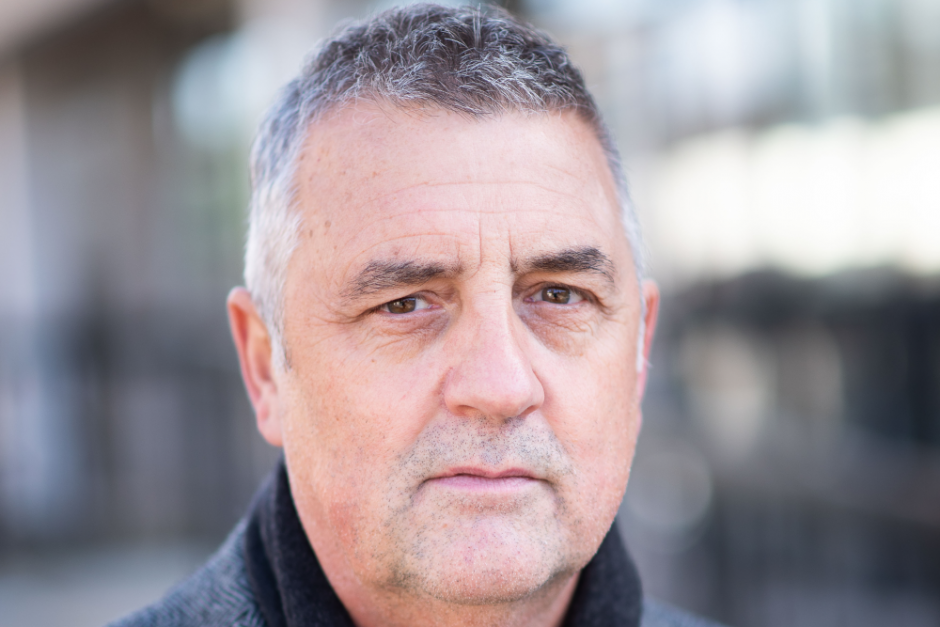 Steve, a former tabloid journalist now a consultant for a trend forecasting business and the father of two teenagers, was first arrested in October 2019 for driving a van filled with tents and cooking equipment for use in the 2019 October Rebellion and was questioned by police about allegations of conspiracy to cause a public nuisance. He was not charged.

He was arrested again on 5th September 2020 outside the Murdoch-owned printworks at Broxbourne, as part of the Free the Press action during the 2020 September Rebellion. He was charged with Obstruction of the Highway and pleaded not guilty on 5th October 2020 at St Albans Magistrates’ Court. His trial is scheduled to start on 19th July 2021.

“I worked for papers such as The Sun and The Daily Mail for 20 years and so I’m painfully aware that lots of talented journalists are forced to write climate denying propaganda for their billionaire owners, or kiss goodbye to their careers.

As a former insider, I felt I had no choice but to take part in the Newsprint protest. I hoped that people would sit up and take notice if they could see that even journalists like me, who worked for media tycoons like Rupert Murdoch and Viscount Rothermere, were calling them out as crooks and liars.

Their newspapers are read by millions, and set the daily agenda for TV news on the BBC and ITV. By playing down the climate crisis, or even denying its existence, they are convincing a great mass of the population to sleepwalk into a near future where life as we know it will be impossible.

None of us wanted to break the law that night, Certainly I didn’t – I’m a middle-aged dad with a mortgage and regular job, not an experienced lifelong activist. I haven’t even got any points on my driving licence! But my childrens’ future is being put on the line by the lies that these newspapers tell every day. I don’t think any of us should be going on trial for trying to force a bunch of billionaires to tell the truth about the biggest threat that any of us will ever face.”