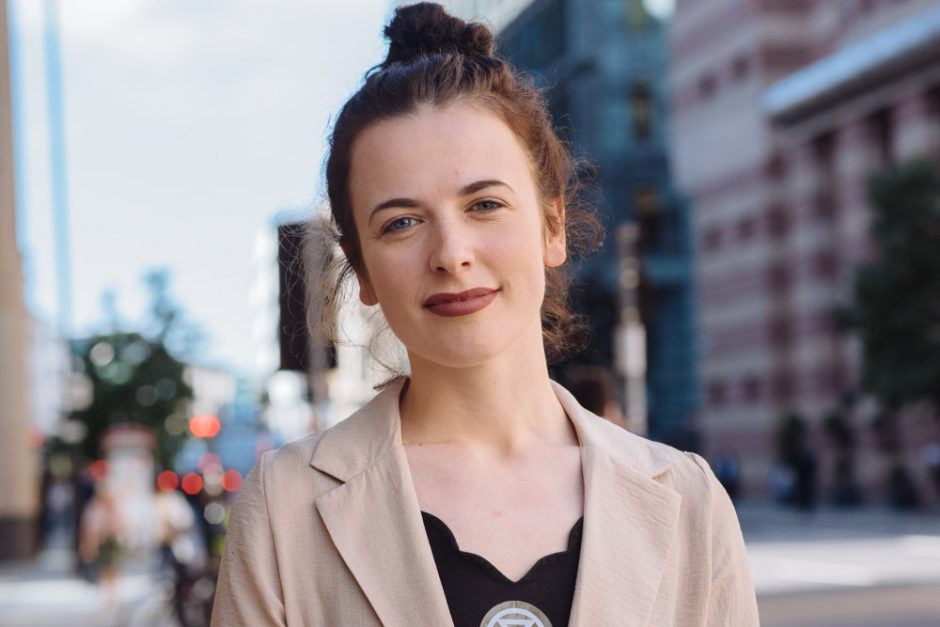 Alice, a mental health support worker, was arrested at Oxford Circus on the second day of the 2019 April Rebellion. She was charged under Section 14 of the Public Order Act and pleaded guilty on 13th September 2019 at City of London Magistrates’ Court. She was given a six month conditional discharge and ordered to pay £105 court costs. Her father, step-mother and step-brother have all been arrested at Extinction Rebellion actions.

“I’ve been into wildlife for years. It has been my main interest and the thing I love outside of work, but it was the urgent language from the scientific community – and scientists going back to areas they have been studying for years and finding between 90 and 98 percent population collapse – that really horrified me. I was so upset I told me dad I was going to get arrested and he came back to me by the end of the week to say he was going to do that with me as well. We both lay down on the bridges in November [2018], but didn’t get arrested. Then we went to the Bristol Rebellion and got arrested last year. In April I was arrested at Oxford Circus, and so was his wife and his step son.

For me this has been a journey of years, fighting so many battles and realising it is so deep rooted and it’s such a mess. I got depression when I was 21 and getting into wildlife is what made me feel better – and that’s when everything changed and I became aware.

At Extinction Rebellion’s Declaration of Rebellion in October 2018, for the first time, I let myself feel the grief of it and the trauma of it. Last year I had serious depression, brought on by the climate and ecological emergency. In the space of a week, there was a burst of devastating information coming out, particularly on biodiversity loss and how bad it is. I cried every day. That’s been coming out for months now. It’s so traumatic that this is happening to us. I relived it again with the Amazon fires.

The emotional response has also driven me too. I found a therapist who is a member of the Climate Psychology Alliance. I’ve processed the grief of what’s happening to the planet and I live quite existentially now, because that’s how life looks to me now. I think on the wider scale, looking at all the collapses and the multiple levels as to why they have happened.