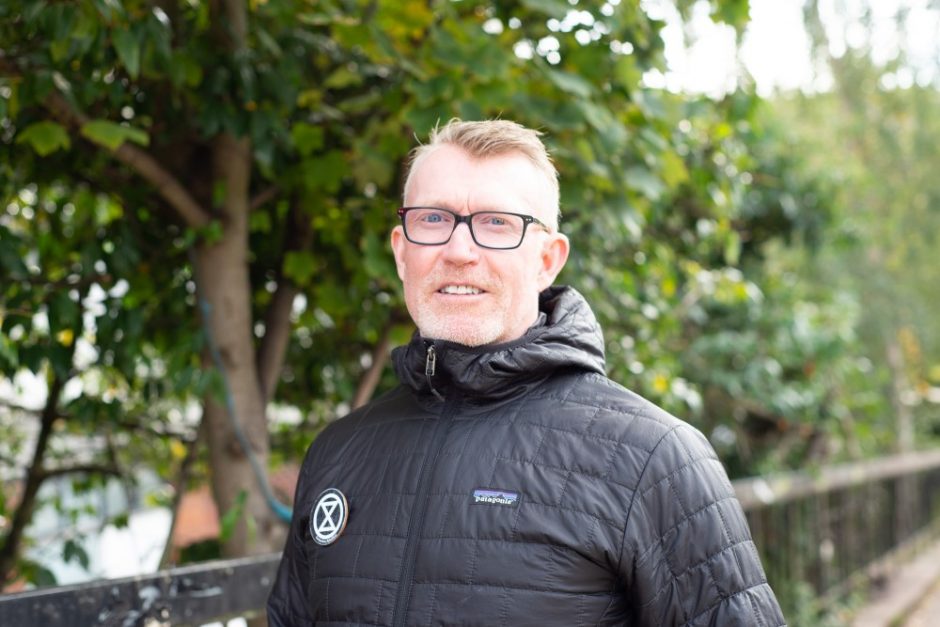 Craig, who now builds eco-houses, was first arrested outside Parliament during the 2019 April Rebellion but was not prosecuted. He was arrested again while blocking Millbank outside MI5 during the 2019 October Rebellion for Obstruction of the Highway, tried at City of London Magistrates’ Court on 10th February 2021, found guilty and given a twelve month conditional discharge and £652 court costs. Craig was arrested again on 5th September 2020 during the Murdoch printworks blockade and charged with Obstruction of the Highway. He pleaded not guilty at St Albans Magistrates Court on 6th October 2020. His trial is due to take place this summer.

“For the blockade outside MI5, we used a “lockon caravan”, intended to feed a thousand people with a plant based meal in a protest to highlight the UK’s food security situation. We rely on imports for half of all our food in the UK. The Met could have helped facilitate this action with a handful of officers. Instead, they decided to stop it and waste hundreds of thousands of pounds in so doing. Unbelievably, thousands of officers were committed to stopping us.

I also took part in the action at the Murdoch printworks in Broxbourne.

It’s the approach used by the newspapers we targeted and it goes like this: Lie that our government is the world leader in combating climate change; falsely claim that no more can be done without “taking us back to the dark ages”; portray those who care about this as being out of touch middle class swampies and the privileged elite who’d rather protest than work for a living.

I have a family to support and a business to run. I don’t want to spend my spare time protesting. All I ask is that those with power and a voice use it to tell the truth and unite us to make real change.”