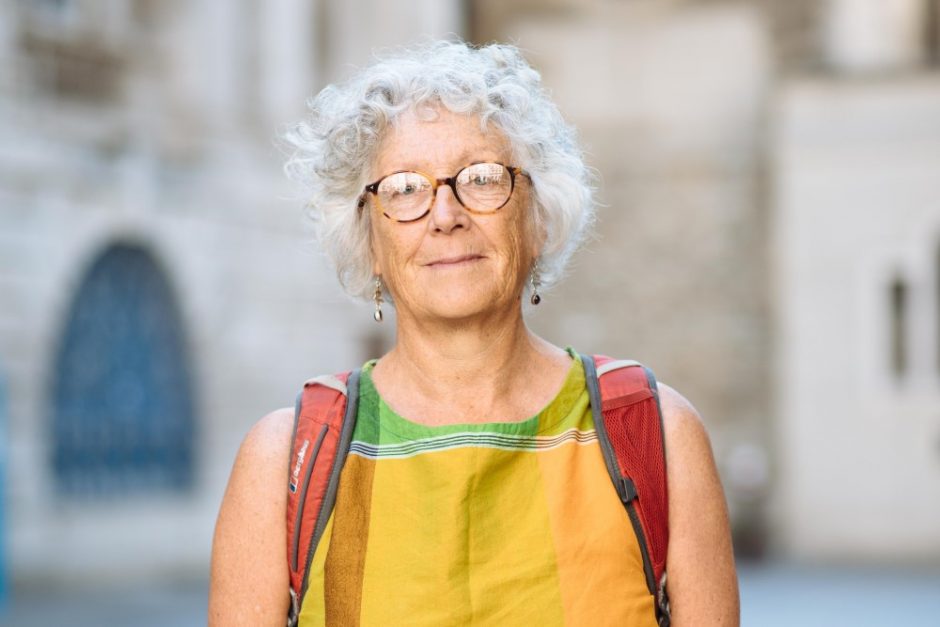 Imogen was arrested at the Declaration of Rebellion on 31st October 2018 in Parliament Square, and “de-arrested” later that day. She was arrested again on Waterloo Bridge during the 2019 April Rebellion under Section 14 of the Public Order Act. She pleaded guilty on 20th September 2019 at City of London Magistrates’ Court and was given a six month conditional discharge and £105 court costs.

“”I was arrested at the very first XR event on 31st October 2018 in Parliament Square. Later that day, I was “de-arrested” and heard nothing further.

That first event spoke very strongly to me and re-connected me to the civil disobedience of the 1980s, when I lived at Greenham Common. I remembered the unspoken trust between protesters, some of whom who are putting themselves into unpredictable situations, the unconditional support and solidarity, and the sense of spontaneity, fun and agility in confronting the police who can only act by pre-programmed response.

I was arrested on Waterloo Bridge on 19th April 2019. A community of gardeners, musicians, cooks and jugglers had created a temporary village on the bridge. There was no traffic, you could hear birds sing, you could look out over the Thames and enjoy the view, chat with passers-by. Many residents came to chat and told us how they loved their neighbourhood without traffic.

I was arrested for failing to comply with Section 14 of the Public Order Act, pleaded guilty and paid the court costs. (Actually, my 90 year old mother insisted on paying it on my behalf!)

I can’t find the statement I made, but I remember the accumulative effect of many moving statements on the Judge, who told us that he was moved that we acted from our consciences, but he still had to apply the Law.

I participated in further XR events in London: Swarming, and the Autumn Rebellion, where I was careful to not breach my conditions. My Affinity group from Lewes were the first to take the road at Whitehall and we stayed there for several days.

XR Lewes has held several well supported actions in the town. My favourite being a New Orleans style funeral march.”