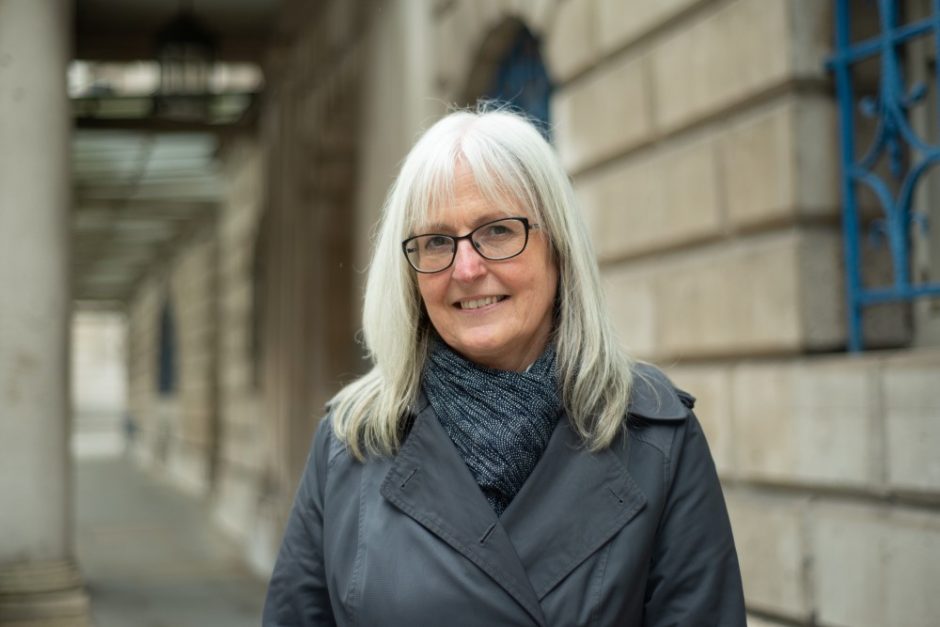 Gillian, also known as Molly, is a mother of two grown up sons and was formerly a teacher and PA at director level in the City. She was first arrested after locking on in front of Downing Street in Whitehall during the 2019 October Rebellion and charged with Obstruction of the Highway. Her case was dismissed because the arresting officer did not attend and the prosecution was unable to offer any evidence in his absence.

In December 2019, she locked on in front of the gates of an oil drilling site at Horse Hill in Surrey and was charged again with Obstruction of the Highway, but the prosecution was dropped by the CPS as ‘not being needed in the public interest’. In September 2020 she took part in the blockade of the Murdoch printing presses at Broxbourne and will be tried for Obstruction of the Highway in July.

“All my adult life I have watched our society be led down a path of increasing materialism and divisiveness by a government and a press out to serve its own interests and those of its corporate cronies at the expense of our well being, our connection with each other and the planet, feeling like a helpless victim being carried along in this tide which is leading to the destruction of the planet and our society.

In April 2019, when I saw ordinary people, in extraordinary numbers, make extraordinary sacrifices, I realised that whilst there was little I could do alone, I could join my efforts to theirs and others in an attempt to turn the tide of destruction. I don’t know whether we will succeed and I am full of fear for the future my boys will face if we don’t, but at least I will be able to look them in the eyes and say I did what I could.”