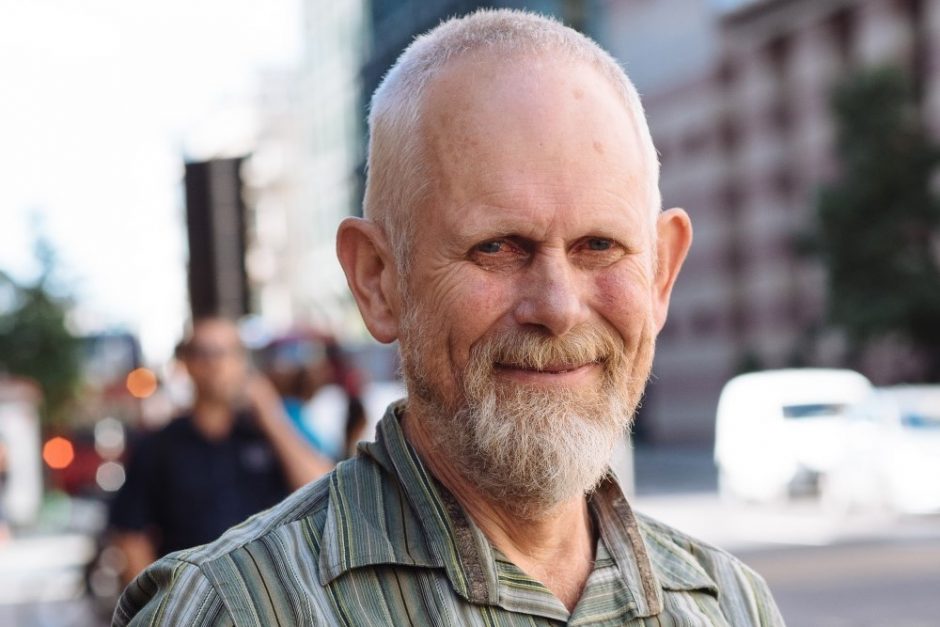 David was arrested during the 2019 April Rebellion and charged under Section 14 of the Public Order Act. He pleaded guilty on 13th September 2019 at City of London Magistrates’ Court and received a six month conditional discharge but no court costs. He was arrested again during the 2019 October Rebellion for Obstruction of the Highway on Lambeth Bridge and was released under investigation.

“I hadn’t yet joined XR when I was arrested at Oxford Circus. It’s just that when the police wanted me to move, my stubborn streak kicked in! I later felt that perhaps joining would be sensible. The judge commented that I was someone who ‘doesn’t just talk the talk, but walks the walk’.

It’s possible that the arrests on Lambeth Bridge were unlawful. My Brompton bike was kept by the police as ‘evidence’, but I was told a few weeks ago that they have ‘lost’ it! I’m still waiting to hear if they will be offering compensation.

I am full of admiration for the courage of those who put themselves on the front line, knowing they will most likely be prosecuted.

I’ve always been concerned about damage to the environment and habitat loss. I was brought up in the countryside in Suffolk, had training in forestry, then worked on national nature reserves on Dartmoor and in Somerset. After I became concerned about climate change in the early 1990s I joined in a few marches in London, airport protests and the Kingsnorth Climate Camp.”