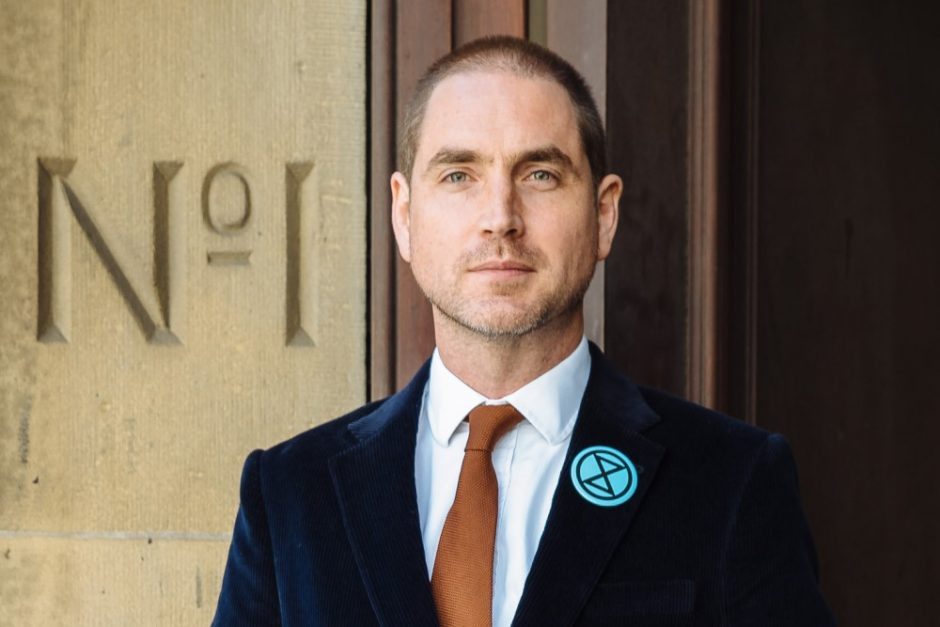 “I was arrested at Oxford Circus, an eyesore for tourists that had somehow been transformed into the most beautiful place on Earth by the Berta Caceres and about a thousand rebels. I was nervous about it beforehand. Intellectually, I understood that getting arrested was probably the most useful thing I could do, but emotionally it is still quite a big line to cross, as it feels so extreme.

However, once you accept the reality of the climate crisis, what “extreme” means gets altered. I remember the shock of reading the 2018 IPCC report and not understanding how the world outside could possibly be carrying on as normal, striding towards disaster. It was a feeling of overwhelming despair, shame and grief. Then XR appeared as if by magic, occupying five bridges in central London. I’d never seen a protest that was so audacious and clever! I started attending trainings and got involved with my local group, meeting so many brilliant, inspiring people.

One of the most important aspects of XR for me is that it operates on the basis of acting with love for this planet, and for our children and grandchildren, who face a life that will be so much worse than our own. That it is the context for everything we do, and it is terrifying – but it can also set us free to act.

The arrest itself was quite straight forward. Like anything new it was disorientating, and being hand-cuffed and carried by six blokes oscillates pretty wildly between fun and scary. But my overriding memory is of being surrounded by the friendly faces of rebels, and of being surprised at how relieved and proud I felt.”