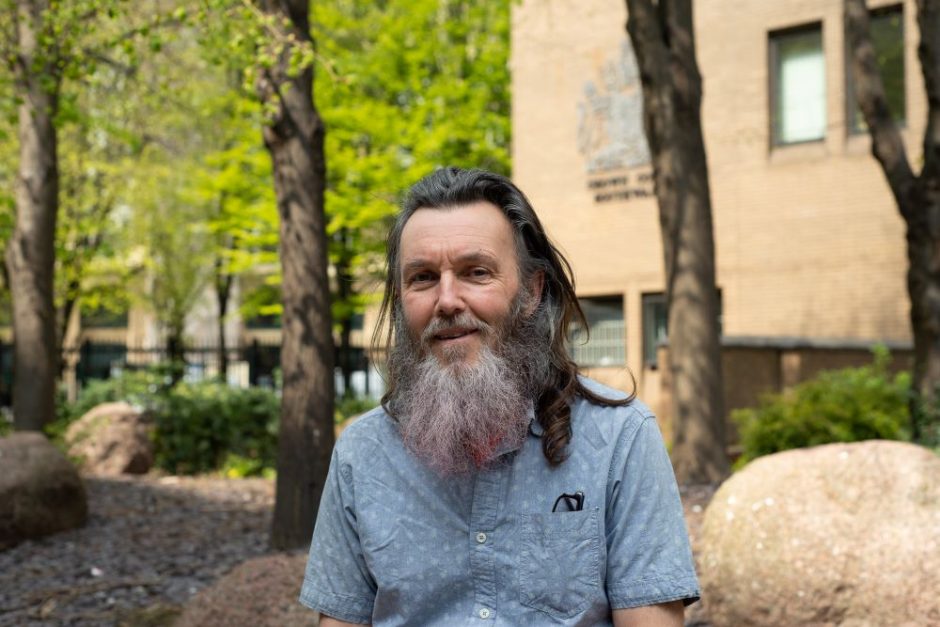 Senan was arrested for criminal damage during an action at the Shell HQ building on the first day of the 2019 April Rebellion and tried in April 2021, at Southwark Crown Court, in XR’s second only jury trial. He was acquitted, along with his five fellow defendants (all self-representing) despite the judge directing the jury that he had no defence in law.

Senan was also arrested and charged for a Section 14 offence during the 2019 April Rebellion, found guilty and given a conditional discharge and costs. He was arrested again and charged with aggravated trespass at the London City Airport action during the October Rebellion in 2019. He was tried and aquitted along with four others at City of London Magistrates’ Court in January 2020. The judge blamed the trial’s collapse on the “abject failure” of the CPS, after the arresting officer failed to appear. Former chief government scientist Sir David King was in the gallery and had been prepared to submit a statement as evidence for the defence.

First of all I’d like to say ‘I’m Sorry’ – that we are in such an awful emergency.  I am really very sorry about that.

Sorry I have made you all aware of the dangers we are facing, the future we are heading into… which is probably going to be pretty grim for so many – deadly even. Sorry to have been the bringer of such news.

But you need to know the truth, to judge my actions.

I helped plan the action to be safe, non-violent, effective and responsible, to get media attention and public attention for the Rebellion, I was not reckless or careless – I was careful, considered and took responsibility for what I did.

Our graffiti explained our actions, aiming to save lives, and Shell’s deadly, uncaring destruction of whole environments, such as in Nigeria or the Tar Sand Oil fields in Canada, asking ‘Who are the Real Criminals?’

We pressed the emergency button, breaking windows, like the suffragettes, to demand a law of Ecocide. So Shell and others are not allowed to destroy the land, poison the water, pollute the air, even kill the people living there.

We wanted to Tell the Truth, so that our Government would have to start to act.

We didn’t stand to gain anything ourselves – it wasn’t a political stunt – we were trying to save lives. I needed to do what I did, in these exceptional circumstances.

The scientists – the real experts – have been calling ‘Emergency!’ for 30 years, desperately so for 20 years – and panicking for 10!

The United Nations Climate Change committees and Conferences all saying Act Now! For 30 years! Without success.

This Emergency has been declared by our parliament, councils across the country, parliaments and governing authorities across the world. But our state is not functioning adequately to meet this crisis!

The Prosecution failed to mention, have not even considered, this emergency or the impact it has.

We are in a totally new, and very dangerous situation. This changes everything. An emergency demands drastic Emergency Action.

I believed I had to act, was compelled to Act!

My actions, to save lives and protect people from serious injury were reasonable and appropriate in these exceptional circumstances.

The Judge tells us the Law is clear..

The Scientists tell us the science is clear..

The Law is slow to act, and the Science is moving very fast!

There is no time to wait for the law to catch up – I must act now!

You are here to judge our actions; you – not the court, nor the judge – you take the ultimate decision.

You took an oath, to try the defendants and to give a true verdict according to the evidence. A true verdict means that you make a conscious consideration of the Law, as the Judge has outlined it, that you think carefully about what he has said – you then do not necessarily follow it! It is your decision.

You represent our society, all the people, to provide the justice they need. A massive responsibility.

Justice is not about what the Crown needs, what Government want, what big business wants – it’s about what is right – in these extraordinary, and terrifying times.

You will need to be brave. Give everyone a chance and space to speak their thoughts. The world will appreciate your taking time and care to get it right in such an important matter.

If you feel I have done wrong to our society and have no doubts about this – you must be sure about it, then I am Guilty.

If you feel I acted justly, with right intentions, and my actions were reasonable and proportionate in these desperate circumstances, then I ask you to be brave and find me not guilty – not just for my benefit, but for all of us.

It’s not about a likeable cause – it’s about life and death.

It’s not about broken windows, it’s about how we face our future, or fail, as we have failed until now, and the thousands that are paying, have paid for this with their lives!

Please do not be complicit in that, the largest crime of all.