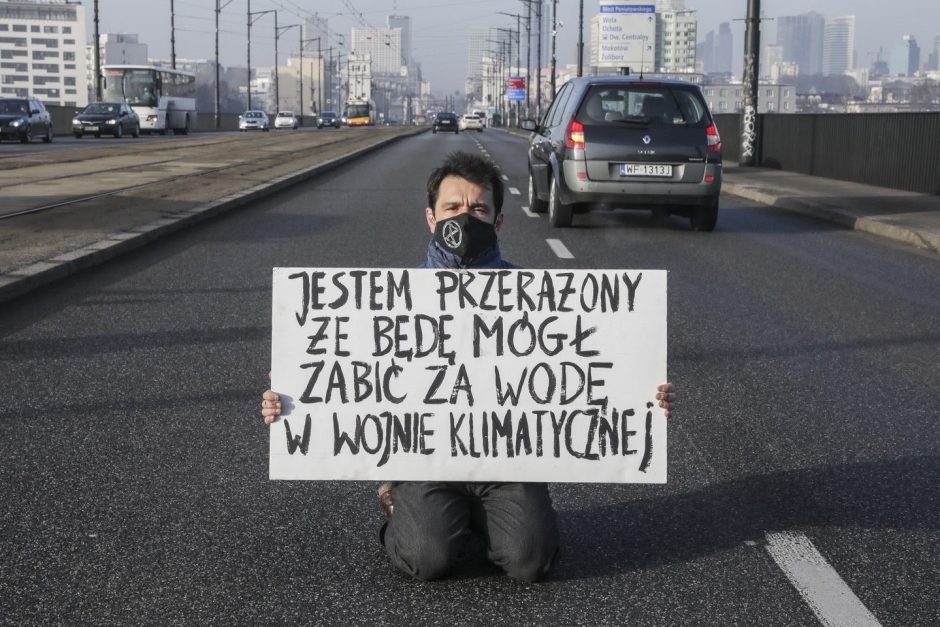 We celebrate the successful Rebellion Of One trials across Europe over the last month! More than forty sitters in Germany, Poland and the Netherlands have put their bodies on the line, blocking traffic, alone, together.

The UK Rebellion Of One team has taken the difficult decision to move our action date to 1 May.

The main drive to review our date came from the voices of rebels across the UK. In our review, two reasons for a change of date stood out clearly:

Trial runs have taught us that Rebellion Of One needs four ingredients: vehicle traffic on the road, brave rebels to block it, and pedestrian traffic to witness it (Oh my god it’s happening everywhere is the fourth ingredient). Without bystanders to engage with the raw emotion of each of us who sits, the action would be less safe and much less impactful. Changes to covid regulations in the UK mean that after 12 April, high streets will be open again to business as usual.

The first of May is the second anniversary of the UK Parliament declaring a Climate and Environment Emergency. What a joke! The ‘declaration’ is the ultimate example of empty promises and dangerous greenwashing from those in power.

We understand that a date change has implications beyond our borders. There has been a huge amount of dedication and hard work by Rebellion Of One groups around the world, and we recognise that each country will make its own decision based on their own calculations of maximum impact.

The UK team is in touch with international groups, who are deciding whether to stick with the former date of 27 March, or act together with the UK on 1 May. We will respect whatever decisions they make.

If you’re in the UK, having an extra six weeks might feel frustrating – we know, we feel it too! But we’re also confident that the benefits of doing the action on 1 May outweigh those of sticking to the original date.

Changing the date gives us six more weeks to build our teams and recruit more sitters. We now have the opportunity to put into practice our regenerative principles by thoroughly preparing ourselves for this action.

On that note, we are happy to announce that the briefings and preparedness check-in calendars have been extended up to the new go-day. The trainings schedule will be extended shortly. There will be a special check-in session tonight (Saturday 13 March) at 5 – 6:30pm.

Share the action video
Join a briefing (Saturdays, Mondays, Wednesdays)
Get started on your Preparation Pathway
Check out the Trainings Calendar
Email us here

The UK Rebellion Of One team