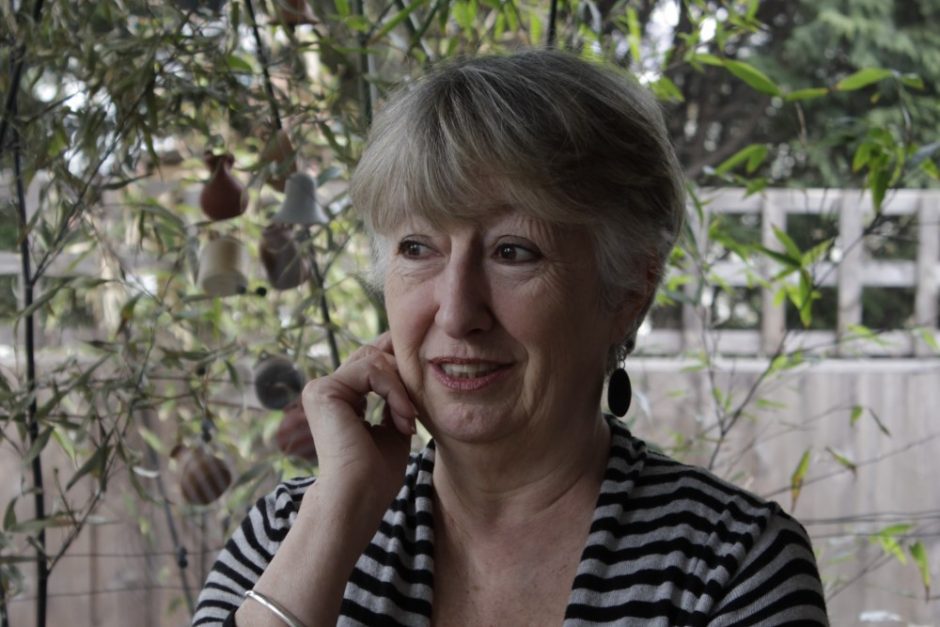 Lucy Craig, 72, a retired primary school teacher, grandmother and for 12 years a local councillor, was arrested on 16 April 2019 under the pink boat in Oxford Circus during the 2019 April Rebellion. She was tried and found guilty on 24 February 2020. The judge at City of London Magistrates’ Court gave her a six month conditional discharge and ordered her to pay £440 court costs.

“My name is Lucy Craig and I’m 72 years old. As almost definitely the oldest person – barring my husband – in the court-room today, my ‘protesting’ experience throughout my life has been rather different to that of many defendants in other Extinction Rebellion trials that I have witnessed or read about.

Since the age of 12 when I went on the second ever Aldermaston March, I have been involved very actively in most of the defining issues of the late 20th century and early 21st century. These include not only CND but also the Anti-Apartheid Movement; Anti-Vietnam; Greenham Common; the Anti Poll-Tax campaign; Pro-Choice; Stop the War; and more. I’ve also belonged and been active in supporting over decades: Friends of the Earth, Greenpeace and my local Sustainability Group.

Most of these protests eventually ended moderately well: The threat of nuclear annihilation has receded dramatically since the 1950s & 1960s; Berkshire no longer hosts Cruise missiles; women can now make fundamental choices about their own bodies; the evil of apartheid finally came to an end in South Africa; the desperately unfair Poll-Tax was abolished after a year.

So, I am an experienced, one might say, a ‘veteran’ protester. However, the Climate Change Crisis is, I believe, in a league of its own in terms of a threat. It has the potential – and indeed is well underway – to be the Third World War. Worse than the previous two, it threatens a complete extinction of all life – human, wild and all other living organisms. And, I believe most people know how serious the situation is even if they don’t – or won’t – acknowledge it. (Indeed, just this weekend, a report has been leaked from JP Morgan – the world’s largest financier of fossil fuels – warning their clients that the climate crisis threatens the survival of humanity and that the planet is on a completely unsustainable trajectory.)

The reason that I mention all my protesting experience is that in April last year, I noticed something that I had never noticed on previous demonstrations – and that was the extraordinary reaction of many, many of the police officers I talked to. I have over the years, always made a point of chatting to the police on protests whenever the opportunity arose, both in order to explain ‘our’ side of the issue but also, most importantly, to find out what their feelings were about it.

Like many of us, I’m aware that I live mainly in my own social ‘bubble’. But the police, as a profession, seem to me to encompass a fairly wide range of classes, races, ages and genders and so, their views on different issues are, I think, especially valuable. What was really special about the April XR actions was the amazing number of young and older officers who were not only quite aware of the climate crisis but – especially the parents and grand-parents amongst them – expressed the view that if they hadn’t been on duty, they’d have been there with us! That was genuinely a first for me to experience! And it wasn’t just me – many others as well as the Press picked up on it. Of course – and sadly – by the October Rebellion, knuckles had been rapped and most officers were being far more circumspect in what they said.

Becoming a parent in the late 1970s and a grandparent of four in the mid ‘noughties’, were amongst the reasons why, as the science relating to climate change developed, I became more interested and active in environmental issues. My protests in recent years have taken many forms: I’ve hugged trees to stop them being felled; written countless times to at least three different MPs in my constituency; signed (hundreds of?) petitions; successfully helped to persuade the local Council’s Pensions Committee to agree to partially divest from fossil fuels; I’ve run countless street stalls; and, as a member of the Green Party, organised and effected a whole borough pollution-count exercise.

For 12 years from 1990, I was an elected Local Councillor and tried, sometimes successfully, to persuade the Council to amongst other things: invest in Electric vehicles; stop rat-running to make residential streets safer and less polluted; bring in 20mph zones; protect green spaces in the borough – particularly school playing fields – and made it more difficult for residents to pave over their front gardens in order to park (thus often creating severe drainage and subsequent flooding problems).

On a purely personal level, my husband and I live in an ‘eco house’ where for eight years we’ve been holding twice yearly ‘Green Open Days’ where we try to show and encourage others how to live more sustainably.

The Court will be aware of many of the environmental issues – and the evidence for them – that have been cited by so many XR defendants during the last few months, all of which I endorse and support. However, I’d like to briefly mention two areas that I don’t think have had as much coverage.

The first is the fact that here in the UK we are so fortunate in being able to express our concerns. We may get arrested occasionally – but rarely imprisoned. We may have to pay fines. However, across the world and particularly in the global south, environmental journalists and activists, as well as indigenous people just trying to protect their lands, are threatened, attacked and – all too often – murdered. The figures are astounding: For the last few years, climate defenders have been dying, violently, at the rate of about four a week with many others suffering attacks, threats and harassment.

The relevance of all this to us is not only humanitarian, but as Global Witness, who collect such data, point out:

“When you take another look at the sectors driving attacks on environment defenders, everything feels closer to home. Large-scale agriculture, mining, poaching, logging – all produce household items that we in the West use and consume. Palm oil for the shampoo we use. Soy for the beef we eat. Timber for our furniture.”

What all this means, I think, is that all of us in ‘relatively safe’ countries have a particular, total and inescapable responsibility to do whatever we can to do to defend our common home – this planet.

The second area I want to briefly mention, and which has not had much coverage, is the ruling, made just two months ago on December 20th, of the Dutch Supreme Court – the first time any Court in the world has ruled on the human rights implications of climate change. The ruling said that the State had clear obligations to protect the environment under Articles 2 & 8 of the European Convention on Human Rights because the dangers of climate change are so massive that they are human rights issues. The decision is apparently a “ground-breaking” judgement and will set an enormous precedent in all climate litigation cases around the world.

This important decision came after a six year fight for climate justice. Sadly, far too late for those who are currently, as we sit here, losing their lives and their livelihoods in the ongoing catastrophic fires in Australia, the recent horrendous flooding in Indonesia and of course, the ongoing flooding in this country.

This is the year. The decisions made over the next 12 months will define the future of our world. The stakes have never been higher as time runs out to act on the climate and ecological emergency. The crisis is getting worse and our precious biodiversity – the very systems that supply our food and vital resources – is collapsing. We are hovering at the point of no return. And yet our Government continues to pave the way for our extinction with its £10.5 billion annual subsidy to the fossil fuel industries; its plans for a third Heathrow runway; HS2; its support for fracking; its withdrawal of subsidies for new sustainable technologies, etc.

So, if they won’t do what’s necessary to safeguard our future, then we must, and we will. It is down to all of us this year to act. As Sir David Attenborough says, “The future of humanity and indeed, all life on earth, now depends on us.”

So, I’ll finish by saying: HISTORY WILL ABSOLVE ME – and all those who support XR.

Others must ask themselves: Will history absolve me?”