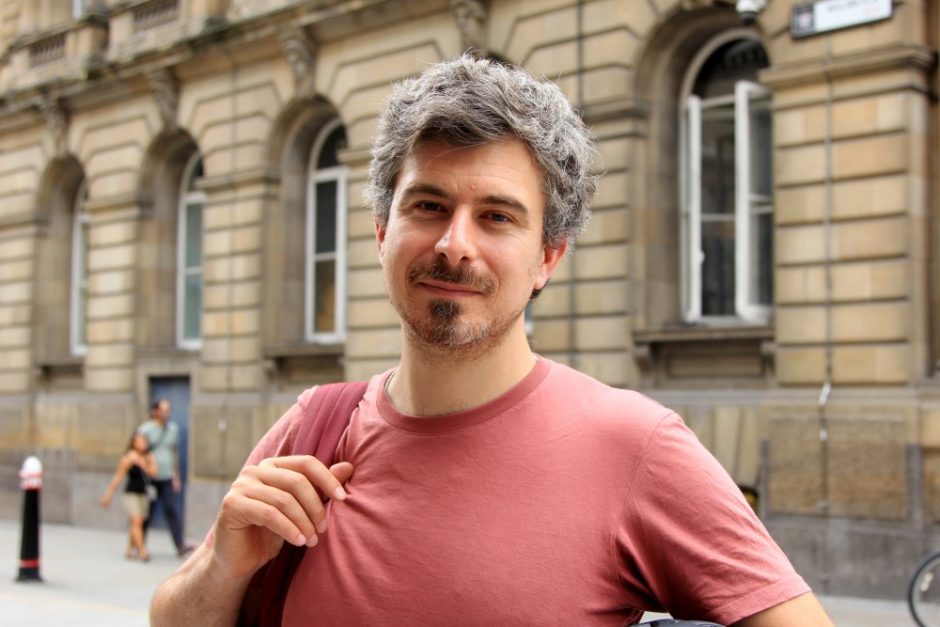 Adem, who coordinates the XR global newsletter, was arrested during the 2019 April Rebellion. He was charged with Obstruction of the Highway under the Highways Act and a Section 14 offence under the Public Order Act. He pleaded guilty at City of London Magistrates’ Court on 9 August 2019, and was given a six month conditional discharge and £105 court costs.

“Before the Extinction Rebellion protests in April, I had never been arrested, never been in a cell, and never stepped foot in a court. I was a responsible citizen who respected the law.

When I lay down in that road outside Parliament, I knew that I was keeping people stuck in traffic, that I was impeding their plans, that I was creating stress for those that did not deserve it. If I could, I would apologise to those people. Ordinarily I would never disrupt anyones life like that. But these are not ordinary times.

For my whole life, scientists have been warning us that if we don’t stop burning fossil fuels our civilisation will collapse. Crop failures, flooding, mass migration and starvation – an unimaginable amount of suffering is coming our way if we cannot slash carbon emissions and keep our planet’s temperature stable.

To keep global warming to the safe limit of 1.5ºC, our carbon emissions must peak next year and steeply fall thereafter. Which means politically we have 18 months to not just agree a roadmap for running our society in a radical new way – we also have to start implementing that roadmap across all sectors.

Yet back in April, faced with this urgent and awesome, yet achievable goal, our government was dormant. Our media indifferent. And their collective failure had turned huge swathes of people into virtual climate change deniers. So many times, including from the police officers who arrested me, I heard the opinion that if climate change was really that bad, then the government would be doing something about it, and it would be all over the newspaper front-pages.

And that is why at around half past seven in the evening, on Wednesday the 17th April, I lay down in that road and refused to get up. I could not sit back and watch our society sleepwalk into disaster.

And I want you to understand, lying in that road was not an act of despair or cynicism. But one of great hope. I did not feel bitter or angry, but overwhelmed by the love and resilience that was coursing through central London during those ten days of peaceful protest.

The protest site I was in was suddenly overrun by police, and I lay down to give time for more protestors to arrive, so that the site could stay active. I genuinely believed that I was part of something powerful and precious and necessary, and I had to do all that I could to keep it going – that the harm caused by my disruptive act was nothing next to the benefits of keeping that protest flourishing for another day.

And I think my instinct has been proven correct. Because after those protests, the country did change. Parliament declared a climate emergency. Government made a commitment to net zero emissions by 2050. The media started running stories about the climate crisis. And in a recent poll, 70% of British people said they wanted urgent political action to tackle climate change.

And ever since those April protests, Extinction Rebellion groups have popped up like mushrooms all over the world, and are now holding their own governments and media to account.

Is this enough to avert the climate crisis? Not even close. But it’s a start. It’s hope. And no matter what you label it here, I am proud that my act of disruption played a tiny part in building that hope.

I am pleading guilty to a crime today, but I do not believe I am a criminal. If society is an organism, and public disorder is a disease, then I believe all of us sat here were a vaccine. A small controlled dose of disorder, polite and proportionate, that aimed to protect the host from the far greater threat to come.

What we did in April has helped society, not hindered it, and we should not be punished like criminals. I am still a responsible citizen who respects the law.