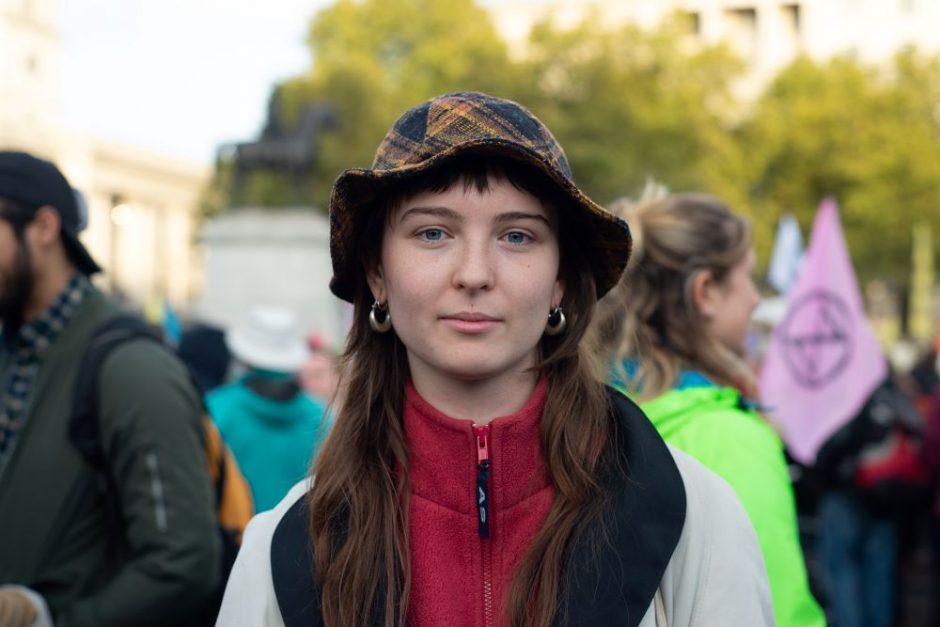 Summah was arrested under Section 14 during the April Rebellion in 2019 and pleaded guilty at City of London Magistrates’ Court on 18 October 2019. She was given a six month conditional discharge and £105 court costs.

“I am pleading guilty to obstructing the highway at Parliament Square as part of the Extinction Rebellion protests in April 2019. I am aware, and sincerely apologize for, the disruption that this caused to the lives of ordinary people and businesses, although I believe this kind of action is necessary when all regular forms of protest are failing us.

If we do not cause disruption to ‘business as usual’, the government will continue to ignore us and favor corporations who put profit over people.
When scientists and ecological experts are being ignored, and soundbites and tweets from politicians and public figures are used to form public opinion in conservative media, I believe that ‘business as usual’ needs to be called into question.

I am scared that our futures are being allowed to be shaped by people in power who continuously put profit over the people they are supposed to represent. We cannot be complacent when the Amazon fires are still burning, the oceans are filling with plastic, the Earth is heating and people are having their lives decimated just for protecting their homes, and yet profit is still the dominant motivator for policy and reform.

So, I apologize for the disruption we caused but I hope that you can understand the fear and injustice that motivated my actions.

Thank you for your time.”