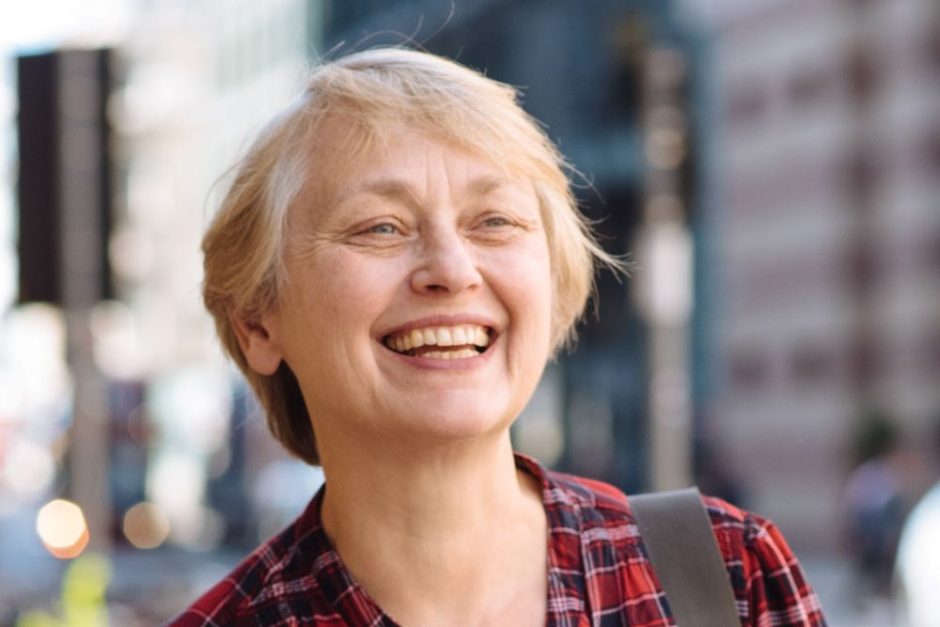 Lesley was arrested during the April Rebellion in 2019 under Section 14 of the Public Order Act. She was tried in January 2020 at City of London Magistrate’s Court. Her case was dismissed.

“The company I work for made the bronze horse head in Marble Arch which is in the middle of the This is An Emergency site. I am one of the coordinators for the Oswestry and Border Extinction Rebellion group. For our first meeting we were expecting 20-25 people and 90 arrived. I think it’s because people really care and XR is something completely new, that encompasses the whole issue of our probable extinction. I allowed myself to be arrested because I felt it was the only voice I had left, having campaigned and demonstrated for around 40 years to no avail.”

“I profoundly dislike speaking in public so please bear with me.
I was asked to prepare a “bundle” – specific reasons that made me take the actions I did that have led me here today.

That’s really difficult – there are so, so many. But I have a vivid and emotional memory from age 11 when I had to write a project in primary school. I chose pollution, and got a book out of the library. I remember well how I felt reading that book. It was gross indignation; I was incensed and outraged that we could treat our environment and planet the way we were. My parents bought me a copy of the book and I still have it today. I opened it recently – first time in 45 or more years (I am 60 now) – the last chapter is called “Can we put things right?” with a section “The end – or the beginning?” I’d like to read a short excerpt from that section:

The preservation of our environment is a world problem and as U Thant, formerly Secretary-General to the UN, has said, if mankind does not find global solutions to global problems it will perish ‘if not with the bang of a nuclear holocaust, then with the whimper of a species which ran out of air, water, resources and food’. He called for the creation of a ‘global authority to deal with the problems of the environment, with the life support system of our spaceship earth, now in serious jeopardy’.

And further it reads:

Every single person on earth should be concerned with and involved in the need to preserve our planet. Yet many people remain apathetic about the problems and under-estimate the environmental dangers building up around us. Others feel frustrated by their inability to do anything constructive, however willing and dedicated they might be. If – as has been predicted – the planet only has a short time to live, as a result of man’s assault, then the need to understand how it is being harmed is absolutely imperative. The major responsibility for preserving the environment obviously lies with governments and international organisations, but they should be strongly supported by well-informed and vocal public opinion. It is a challenge which the world has to tackle now, and in the end it is the basic attitude on every farm and in every factory, street and garden that will decide our future.

That book was written in 1971 – there are many books that pre and post-date that one – all with the same message.

I was 11. And what have I and others been doing for the 49 years since? Trying, in many, many different ways, to persuade governments to act.

That is my “bundle”. I cannot wade through everything else I have come across in all my many years prior to the point of joining Extinction Rebellion. And I will not do nothing. And how dare anyone criticize me or punish me for caring all my life and for doing my “little bit” to prevent the humongous thing that is coming our way – to try and save the planet and the human race. Me, my son, all of you, everyone and all of life on earth.

That, is my bundle.”