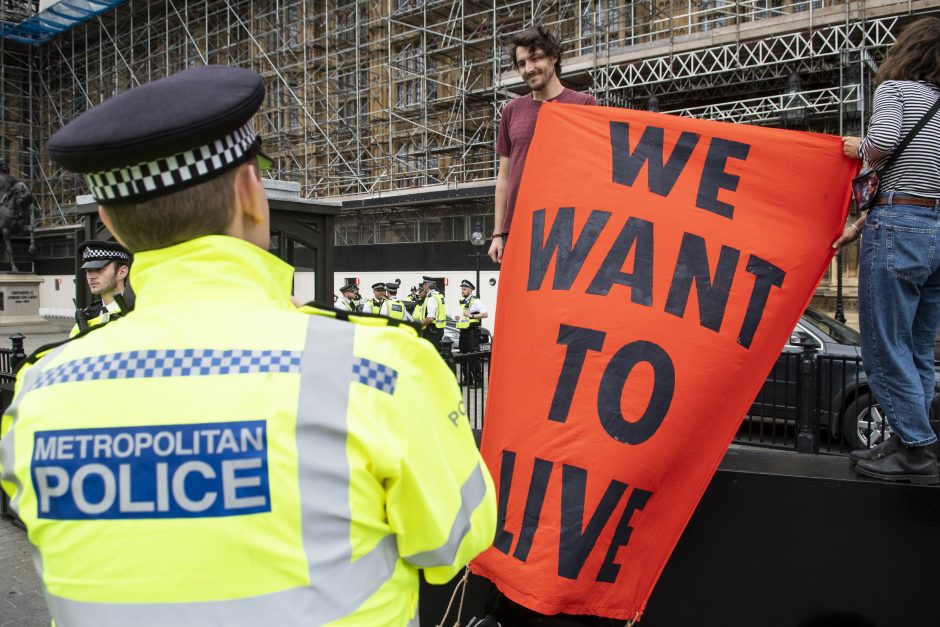 Today: ‘Spycops’ bill in the House of Lords – there’s no democracy without accountability

Today is the first day of the report stage of the Covert Human Intelligence Sources (Criminal Conduct) Bill, also known as the ‘Spycops’ bill, in the House of Lords.

The bill gives immunity from prosecution to undercover agents, be they police informants or others acting on behalf of the state, for crimes committed in the course of their work. [1] It has been called “one of the most dangerous pieces of legislation any government has ever proposed” by Green peer and former member of the Metropolitan Police Authority, Baroness Jenny Jones. [2]

In her speech to the House of Lords at the time of first reading of the bill in November 2020, Baroness Shami Chakrabarti, Barrister, former shadow attorney general for England and Wales, and former director of Liberty, said of the bill:

“It replaces our legal status quo whereby criminal acts in the course of undercover intelligence work are nearly always and rightly forgiven, in the public interest, with a complete and advance immunity or licence or golden ticket, for a raft of agents against prosecution and civil suit, regardless of the harm caused to our people in the process.” [3]

We are only just beginning to see the extent of the crimes commited by undercover agents over the last several decades, from the theft of identities of deceased children [4], to deceptive romatic relationships and rape [5], to spying on the Lawrence family as they sought justice following the racist murder of their son Stephen Lawrence [6].

In fact, former head of the Metropolitan police’s counter-terrorism command, Richard Walton, took early retirement six days after findings were brought to the Met regarding surveillance of the Lawrence family. No action was taken against Walton despite the Independent Police Complaints Commision saying he had a “case to answer”. [7] [8]

In July 2019 the same Richard Walton co-wrote a report titled ‘Extremism Rebellion’, predicting that a staunchly non-violent movement might “cross the threshold into terrorist activity”. The report was published by the think tank Policy Exchange, who’s funding is not transparent and who were later revealed to have taken money from the big energy industry, including the British company Drax. [9]

Mike Schwarz, Partner at Hodge Jones & Allen Solicitors and expert in the law surrounding protest, said: “The proposals going through the House of Lords today are another effort to entrench state power and put at risk the public’s right to express concerns about vital issues. The last 50 years of undercover policing have shown that the police, and their controllers, are unable – despite all the supposed checks and balances – to restrain State employees’ illegality and immorality.   That misconduct is only now, belatedly and partially, seeing the light of day through the defective Undercover Police Inquiry, and only as a result of the incredible efforts of activists.

“The proposed powers in the current bill give free rein to the authorities to repeat the same abuses again in the future, through their private agents and informants. They put at risk not only citizens’ basic rights – to life and freedom from torture – but also their rights to protest, freedom of expression and assembly.

Extinction Rebellion spokesperson Ali Rowe, said: “Today is the last opportunity for meaningful amendments to the ‘Spycops’ bill, as it goes into the report stage in the House of Lords. When we reach a place where those making the rules can break them without consequence we are in the hands of a failing state.

“If elected politicians aren’t ready to take a clear view as the climate crisis worsens there will continue to be a role for the ordinary people that make up Extinction Rebellion to hold them to account. If this bill is passed without challenge we will be watching in plain sight as the people in power actively choose to fail future generations by shutting down voices of dissent.

“What comes next – changing legislation to ban protest of any organisation that attempts to hold this government to account? Accountability is what stands between democracy and fascism, let’s not sign it away.”

[2] Spycops bill “one of the most dangerous pieces of legislation” ever proposed, warn Greens: https://www.greenparty.org.uk/news/2020/11/11/spycops-bill-%E2%80%9Cone-of-the-most-dangerous-pieces-of-legislation%E2%80%9D-ever-proposed,-warn-greens/