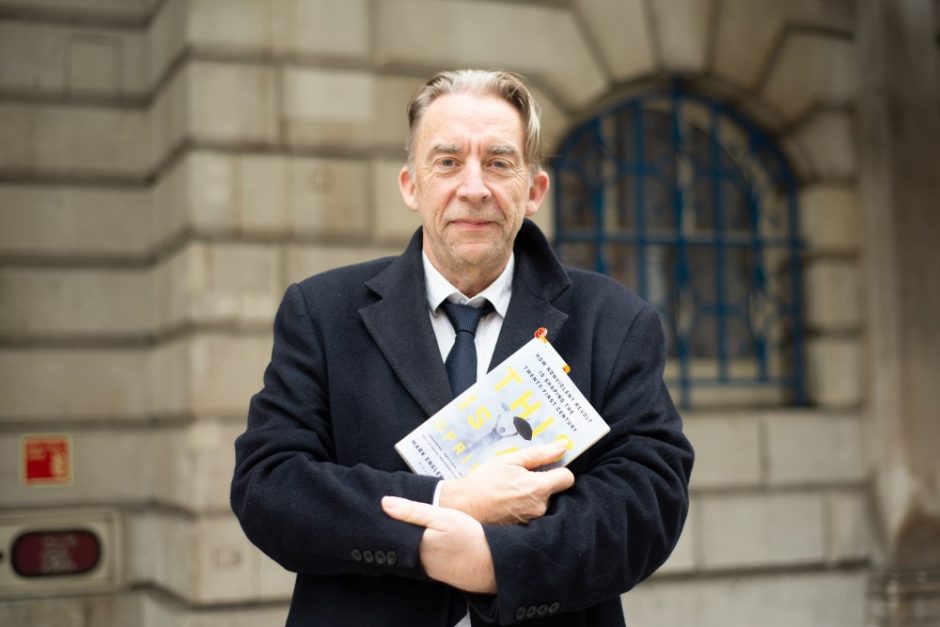 Dr Mark Slater, who is also a father of two, the XR UK National Speaker Training coordinator and a member of the Money Rebellion team, was swarming in the City on the last day of the April Rebellion in 2019. He was arrested sitting in the road outside the Bank of England and charged with a Section 14 offence. He pleaded guilty at City of London Magistrates’ Court on November 8th 2019 and was given a six month conditional discharge and £105 court costs.

“I am pleading guilty because the law dictates that I am guilty and as a member of Extinction Rebellion I stand by my actions.

But I do not feel guilty; I feel empowered. Empowered because I am in the company here today of people who have the courage of their convictions and I am part of a movement that has supported me and given me the strength to stand up for what I believe in.

I am a retired university academic with two children. A year ago, I would never have expected to find myself here, in this place, today.

This is a court of law – a place where judgement is passed – but only the future can properly judge the present. All of us here in this court today will be judged on our actions by our children and our children’s children. They will write the history books of our time.

And when they sit down to write those books, our children will ask of us, ‘Faced with the moral and political choices they had to make. What did they do? Did they have the courage to act for the greater good of humanity, or did they baulk at that responsibility? Did they help or did they hinder? Did they recognise their moral duty to protect the planet and the lives of the yet unborn, or did they choose the easier option, the ‘business as usual’ option?’

We are facing THE existential crisis of humanity. Our planet’s ecosystems are collapsing at an unprecedented rate, its natural resources are being ripped from its bedrock and its atmosphere and its oceans are being choked by human waste.

Meanwhile, its citizens are finding it difficult to protest in any way that will make a meaningful difference. Recently, Extinction Rebellion had to take the Metropolitan Police to court for the imposition of a draconian and illegal Section 14 on its London actions in October. It won that case. And I am grateful to the law of this land for their decision. It gives me hope.

We must all look honestly into the future and meet its questioning gaze. Regardless of the judgements that are passed today, I appeal to everyone in this room to search their consciences and do everything in their power to ensure we bequeath our children a habitable planet.”