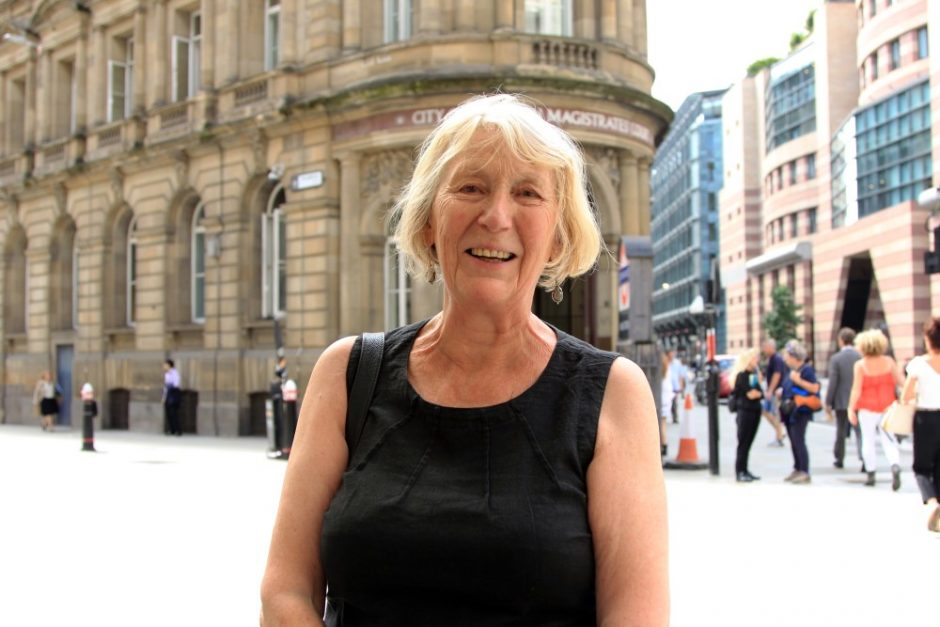 Janet, a mother and grandmother, was arrested on Waterloo Bridge on the first Tuesday of the April Rebellion in 2019. She pleaded guilty on 9th August 2019 at City of London Magistrates’ Court and was given a six month conditional discharge and £105 court costs.

“I am pleading guilty for financial and emotional reasons.

I accept that I did not comply with a regulation, imposed in order to control and limit climate change action.

But morally and ethically I am guilty of nothing.

Having heard the scientific evidence and seen the terrible devastation already occurring in Africa and Asia – and knowing that many species are already extinct – I felt there was no alternative but to take part in the action, the government having failed in its duty of care toward me and all citizens.

I am 72 years old, a lone parent for many years, and a widow. I was a social worker all my working life and have always been law abiding.

I have two children and a five year old granddaughter. In December my daughter will give birth to my grandson. When she told me she was pregnant, instead of joy I felt fear and anxiety; what future would this child have? Will it have any future at all? Or inherit a world of devastation and loss, where few survive and there is no civilisation or rule of law.

How could I stand by and do nothing? We are all responsible for each other and the generations to come.

What of your children, grandchildren, family, friends?

What of the children in Africa and Asia who watch their homes smashed by hurricanes, their lives devastated by flood and drought and who die from diseases and have no future?

There are fires in the Arctic, huskies sledging in a foot of water, no snow in the Himalayas, no water in parts of India, and this is with only 1 degree of warming. The idea of 2 degrees is terrifying, and we all know it is happening much faster than we thought.

The action we took was successful: Parliament declared a Climate Emergency, and climate warming and the dangers to biodiversity are now high on the agenda and in people’s consciousness. But still the government fails to act and we are in crisis – each day brings us nearer to the tipping point, the point of no return

We are being punished for bringing to the attention of the world the extinction we face. So when you pass judgement, please consider what we have been trying to do for you and all of us.