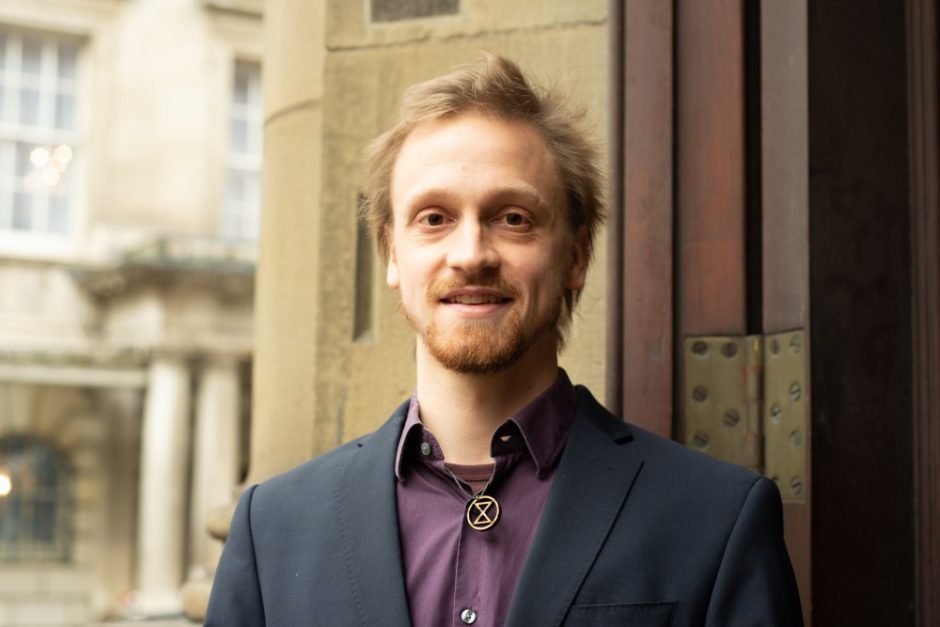 Heiner, who is a researcher at a think tank, was arrested on Easter Sunday 2019 on Waterloo Bridge during the 2019 April Rebellion and charged under Section 14 of the Public Order Act. He pleaded guilty on Friday November 8th 2019 at City of London Magistrates’ Court and was given a six month conditional discharge and £105 court costs.

Each summer we hear how this summer is one of the hottest summers we’ve experienced on the measurement scales here in the UK. The ice caps are melting faster than we were ever thinking they would, and there were massive wildfires in the Arctic earlier this year. But worse things are yet to come.

The climate crisis is felt mostly by those who did not cause it, and those who caused it mostly do not feel the effects of it. I used to live and work in Bangladesh and I stood at the Bay of Bengal, at the edge of the Sunderbans. They are one of the last large mangrove forests that protect Bangladesh from annual flooding caused by increasingly bad storms in the Bay of Bengal.

The Sunderdbans are being reduced every year by rising sea levels. That causes salination in the Sunderbans, resulting in them continuously retreating, exposing 160 million people in Bangladesh, including many of my friends, to very dangerous floods that might potentially be lethal, or certainly will destroy livelihoods.

I am extremely privileged to stand here today to address the court. I am white. I am a man. I have no disability I know of. I have a very powerful passport that protects me from all kinds of negative impacts of the climate crisis.

Yet I am an immigrant in this country because I have German citizenship. And I have felt already that the proceedings that followed my arrest have increased my stress level because my pre-settled status has been put on hold as a consequence of having been arrested. Yet I still believe it is my utmost duty to leverage my privilege and make people aware of the incredible dangers that the climate crisis causes to people that we don’t see every day on the streets.

And that is why I felt I needed to stand up because other people would not be able to – either because they live in a country that hardly causes any kind of emissions – or certainly not the kind of emissions we cause in the United Kingdom. Second, because they might live in a country where the political freedom to protest and express their opinion might be curtailed. And thirdly because they spend each and every day trying to get food on the table for their children so that they survive rather than protesting the climate crisis.

Since I am able and privileged to do so I felt urged to use my privilege to that end, and that is why I felt compelled to not comply with the order of the police at the time.”