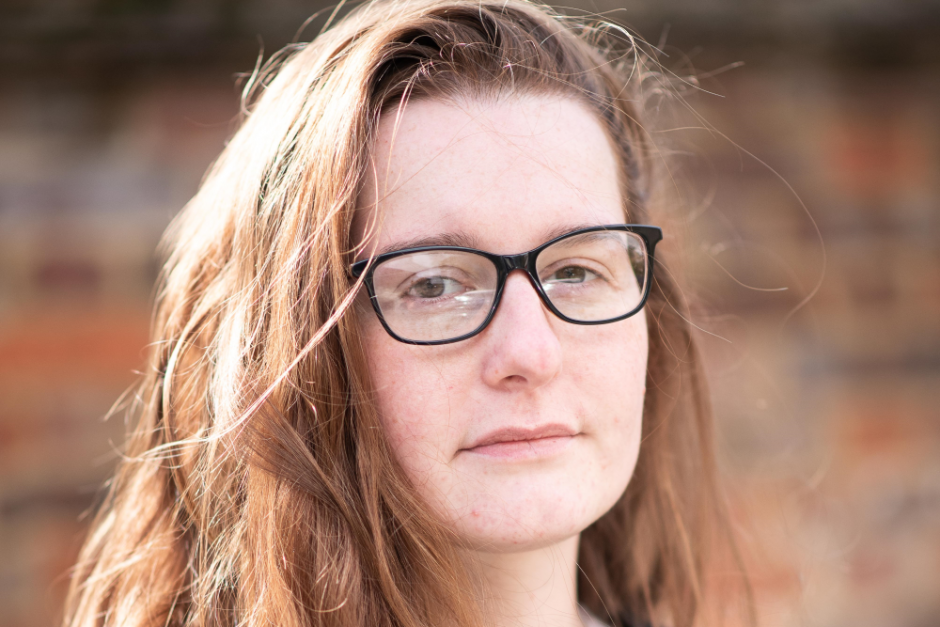 She was arrested again on 5th September 2020 at the Murdoch printworks blockade at Broxbourne during the 2020 September Rebellon. She was charged with Obstruction of the Highway and pleaded not guilty at St Albans Magistrates’ court on the 6th October 2020. Her trial is due to begin on the 12th July 2021. She has since been arrested for the Norwich Crane Action and charged with accessory to a crime with a plea hearing scheduled for 13th April 2021. She has also been arrested once with Stop HS2 at the Denham construction site, and twice with Burning Pink.

(Originally prepared for the Murdoch printworks blockade, aka Free the Press.)

“I’m here today because I wanted to have a baby. And you don’t have to look very far to get a picture of what the world is going to look like in less than 20 years time. In my heart, I know it’s wrong to knowingly subject a human to that level of suffering. So you see my heart is broken. But I see other people’s kids, kids I don’t even know, and they need someone to fight for their futures because it doesn’t feel like anyone else is doing it.

The forests are burning, the ocean is dying, carbon dioxide in the atmosphere is choking us and you choose to come here today to waste my time talking about compensation?* Where is MY fucking compensation?

I do understand that some individuals have suffered financially as a result of my actions. And all I can ask is for your perspective in this matter. Because your money will be no good to you when the crops fail year after year. When your children ask why there is nothing to eat, and ask why you did not do something while there was still time?

History tells us that mass participation in civil disobedience is the best way to bring about rapid social change. The UN’s own report tells us we have less than nine years to radically transform society to avoid climate disaster and irreversible damage.

If you find me guilty, I will continue to give everything I have to fight non-violently for radical action on the climate emergency until you imprison me, but I will have less hope in my heart.

If you find me not guilty I will continue to give everything I have to fight non-violently for your children’s right to a safe future, with a huge amount love, gratitude and hope in my heart.”

* News UK put in a request for compensation at the Murdoch printworks blockadge plea hearings.