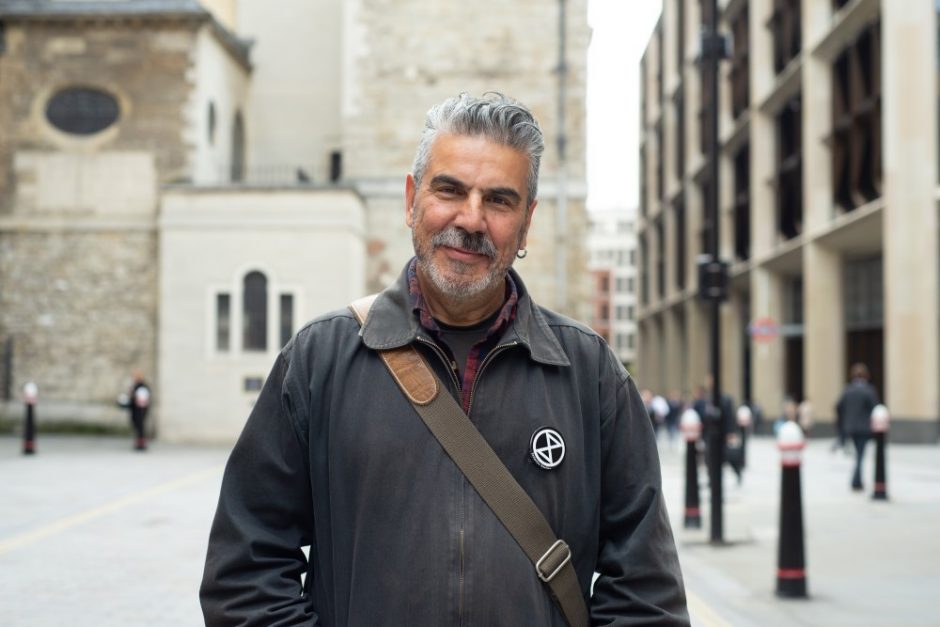 Andrew was arrested during the April Rebellion in 2019 under Section 14 of the Public Order Act. He decided to take part in civil disobedience after watching XR’s action on the five London bridges in November 2018 and seeing a banner that read: “For My Children”. He pleaded guilty at City of London Magistrates’ Court on 4th October 2019 and received a six month conditional discharge and an order to pay £105 court costs.

“Following a serious health issue in 2014 in which I almost lost my life, I looked deeply into myself and asked the most important question I have ever asked: Where is love?

My answer was simple. I love my children, I love our Earth and all her beings.

I won’t go over the ground with a long statement about the sixth mass extinction, and the destruction of our planet, nor the science which is conclusive and devastating.

My daughter last weekend left for university, full of hope and dreams. My son yesterday flew to China to teach children and young people English. We have talked many times together about their futures. How could I look them in the eye as their father and say to them: ‘You have no future’… Because unless we act, that is the truth.

In November, I joined Extinction Rebellion for the love of my children and the Earth.

In April, I participated in the blockade of Parliament Square, and among hundreds of others, alongside the police, created a beautiful place of joy, peace, love and clean air. We banished despair, anger, hatred and division.

Energised by that love and in complete equanimity, without violence and among friends, I lay in the road and was arrested.

I broke the law, and I accept the consequences. I apologise for the disruption I caused, for taking overstretched police officers away from their families and for taking up the court’s time.

I acted out of love for everyone in this court today, and for all those suffering and dying because of the climate catastrophe across the globe, right now.

And I rebelled out of love and in peace, for love itself.”