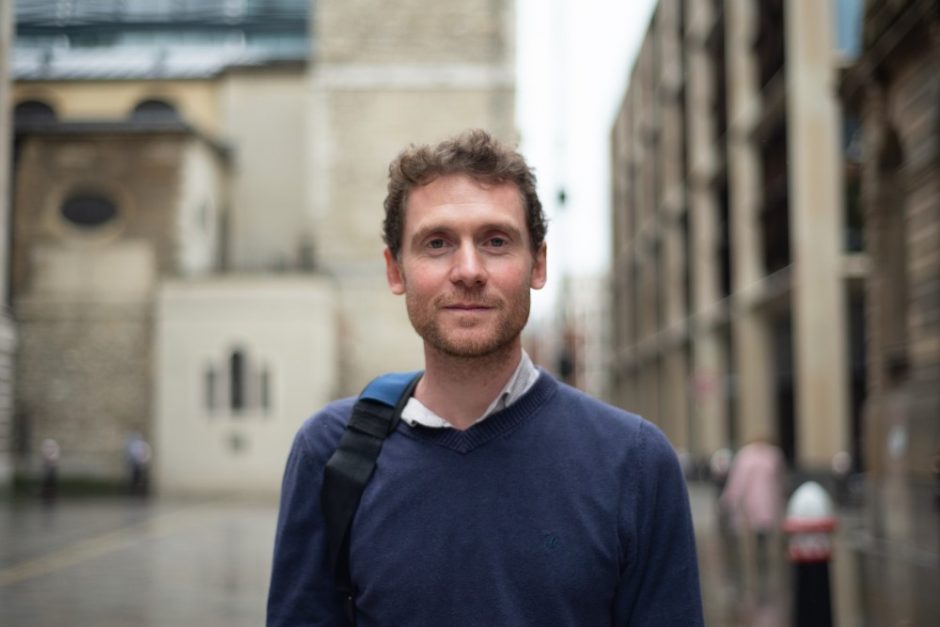 Sam, the father of two young children, was arrested on Easter Sunday 2019 in Parliament Square, where he was locked onto a friend through a metal arm tube. He pleaded guilty in October 2019 when he appeared at City of London Magistrates’ Court and was given a six month conditional discharge and ordered to pay £105 court costs.

“I never expected that one day I would end up in court. I’m the sort of person who follows the rules. I did what some people are saying Greta Thunberg should do now. I stayed in school, went to university, I went onto a masters and a PhD, and I ended up working in the renewable energy industry. I’m not, I don’t think, an “uncooperative crusty”. But I do know I am incredibly privileged. And now I have two young children, and I could easily sit back and think “well, I’m OK. I’m doing a bit”.

But the fact is, it’s not OK. From the IPBES report on global assessment of biodiversity:

“Biodiversity is declining faster than at any time in human history. The great majority of ecosystems are showing rapid decline. Around 1 million species already face extinction, many within decades. Without action there will be a further acceleration in the rate of extinction, which is already hundreds of times higher than average. Humanity as a whole depends on the biosphere, and some of nature’s contributions to people are irreplaceable.”

Against this backdrop: a planet already under immense pressure, comes the unprecedented shock of climate change. On our current global course, within the next eighty years we will see 3-4 degrees of warming above the stable climate that our entire society has adapted to. Four degrees is the difference between the middle of an ice age, when ice sheets were three miles thick over Scotland and ice reached as far south as London, to now.

And this is happening hundreds of times faster than at any point in the Earth’s history. You don’t have to be a scientist to see that nature cannot simply adapt to that. We’ve already reached CO2 levels last seen 3 million years ago, when sea levels were at least 15 metres higher. I leave it to you to ponder, when you’ve passed a sentence, how high this court room is above sea level.

In spite of all of our clever technologies, our vast cities, our buildings, we’re each and every one of us, still dependent on nature for food. It’s easy to forget that. It’s less easy, perhaps for the 15 million people whose lives are now at immediate risk from prolonged and recurrent drought in the Horn of Africa. With a growing population and a rapidly changing climate, the risk of a global food shock is real, and growing. It will be the poorest countries, and the poorest within countries, who will suffer first.

The UK has signed up to the Paris Agreement which calls for limiting warming to well below 2 degrees. Yet the carbon budget for a two-thirds chance of achieving that is 8 years of current emissions. You can imagine the level of political urgency which would ensue if we discovered that fossil fuels were going to run out within a decade or so? Brexit would be a side-show in comparison.

Yet we pay lip service to the Paris Agreement. Earlier this year, the UK government admitted it would miss it’s hugely inadequate, but nevertheless legally binding, 4th and 5th carbon budgets for the 2020s. I will wait to see whether any Government ministers appear in court for this. We’re still expanding airports, we’re still expanding oil production in the North Sea, we’re still extending the highest subsidies in Europe to our fossil fuel industry, and we’re still encouraging fracking. This is not a Government which is taking climate change, or the ecological crisis, seriously.

Professor Kevin Anderson of the Tyndal Centre, one of the UK’s foremost experts on climate change, recently tweeted:

“Whatever the arguments for or against XR’s actions, their demands for emissions cuts more accurately reflect the rates and timeframe of the Paris Agreement than those proposed by any government. There is no non-extreme future. Extreme cuts in carbon to get to 1.5 to 2 degrees, or extreme impacts and adaptation”.

Extreme impacts. As Greta Thunberg says, change is coming, whether you like it or not. And it is, because nature does not do deals, and despite a dwindling number of climate deniers still trying, eventually you can’t argue with the laws of physics.

So I took this action to try and achieve the first of Extinction Rebellion’s aims, to tell the truth about the climate and ecological emergency. I don’t believe it was a heroic act, that would be an insult to the many environmental activists in other countries who are killed because they stand up for what they believe in. But it was a dramatic act, because without that this crisis will remain far off and abstract until it is too late.

It wasn’t particularly pleasant: I was held for two hours in a police van, and then a full 24 hours in the police cell. I was arrested around two in the afternoon, and no personal phone calls were made until around lunchtime the following day, which caused my family some distress. I could have pleaded not guilty – the Section 14 notice and the witness statements are clearly contradictory – but I don’t want this to become a battle with the police or the courts. This should be a political issue, and XR are proposing a reasonable mechanism, a citizens’ assembly, as a way of resolving this. To dismiss the entire movement as “uncooperative crusties” is not going to make the police or the courts’ job any easier in the coming months and years.

I thank you for listening. These are extraordinary times, and there is no non-extreme future.”