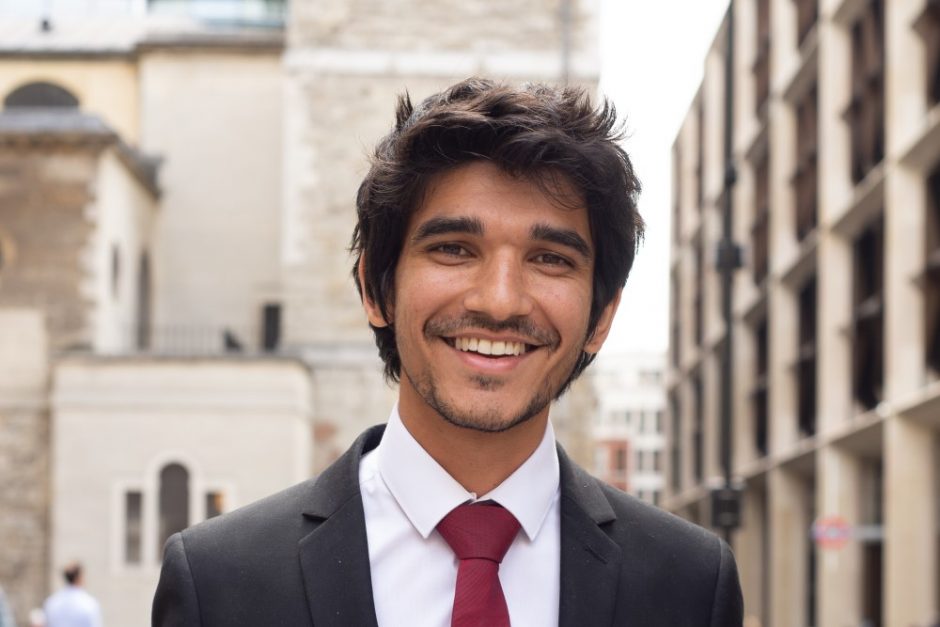 Louis was arrested during the April Rebellion 2019 and tried in November 2019. He was given a nine month conditional discharge and ordered to pay £350 court costs and a £20 victim surcharge.

“During my time in XR I have met so many people who are changing their lives, not only in terms of the way they live, and consume and eat. But also even the direction of their careers. I know medical students who are wondering if it’s worth becoming a doctor or whether they should go into climate related stuff. And that’s been incredibly inspiring for me.

I think the idea of being arrested has been put in the context for me of other past, non-violent direct action movements, where people have been arrested. I started reading a lot of the literature including Roger Hallam’s “Common Sense for the 21st Century”. I found that very appealing.

I love the fact that Extinction Rebellion has the principle of learning, from the past and from itself, and that it trials things. And when it came to the build up to April, I was also speaking to other people, some of who had been arrested in November. I decided that I would consider it and that it was something that was worth doing.

I’ve always looked back at say the civil rights movement in America and thought, who were the people who were aware that this was going on and left it to other people. And once I had that thought I found it very difficult to justify not being a part of this. Because it’s very tempting to say, I’m starting a PhD, I have more to loose than other people. But in fact, I feel like I’m privileged enough to be starting a PhD. I’m in a position of privilege and it should be me that gets arrested not people who have more to lose.”

Louis’s story was featured in the Guardian