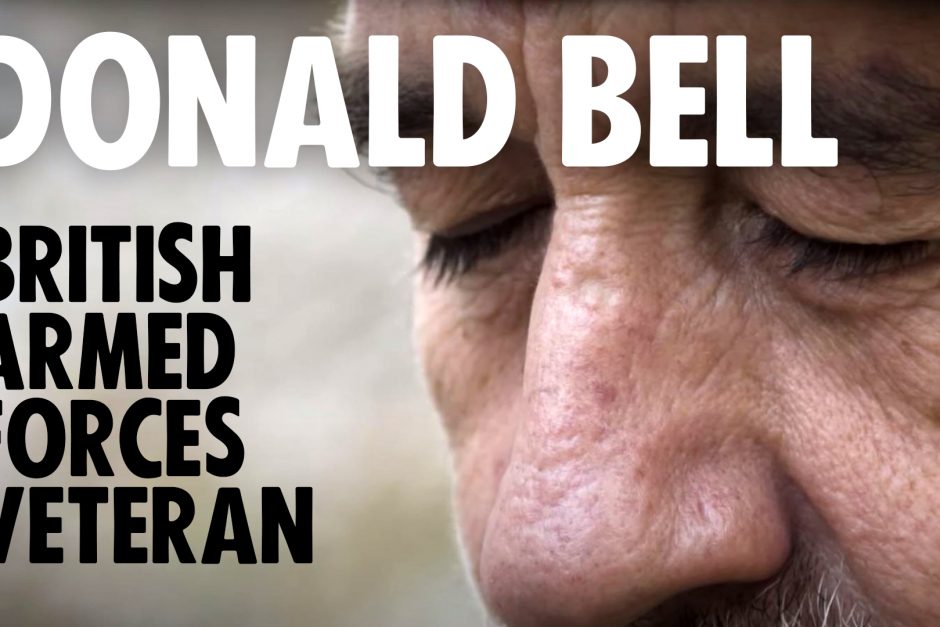 Extinction Rebellion stands by Donald Bell and all veterans who suffer from PTSD. We call on the Government to act now to prevent climate wars

We will pay for this one way or another. We will pay to reduce greenhouse-gas emissions today, and we’ll take an economic hit of some kind. Or we will pay the price later in military terms. And that will involve human lives. There will be a human toll. There is no way out of this that doesn’t have real costs attached to it.

Donald Bell left the army with serious Post Traumatic Stress Disorder (PTSD) at a time when the illness was still not fully recognised. Much like today, the Government at the time did little to take care of veterans after combat, and many struggled to readjust to normal life when returning home.[1] Donald was one of those people who, like so many, made mistakes and then worked hard to turn his life around.

Extinction Rebellion stands by him and his right to speak out about the Government’s complicity in knowingly taking us into future wars and a 4 degree world. [2] [3] [4]

Right now, what we’re seeing is papers like the Daily Mail, The Sun and The Express encouraging vitriol and abuse towards a veteran, a man who served his country, when PTSD, homelessness, addiction and alcoholism are the reality for thousands of people who have left the armed forces. A few key data points:

How many feel about yesterday has been entirely determined by the framing of certain media outlets who have painted this as something it was not. Sections of the media are deliberately setting the scene here and they know it.

We challenge them to do something as brave as what Donald Bell and Anne White have just done and take the Government to task over the MoD report, rather than carrying out the character assassination of a man who served his country.

The Ministry of Defence has warned of the “growing recognition that climate change may aggravate existing threats to international peace and security” and to prepare for between 2.3 – 3.5 degrees of warming by 2100. The results of which would bring unimaginable suffering. And the Government chooses to carry on with business as usual – their own climate advisors reporting in June this year that they have reached only two of 31 milestones and are on track with only four of the 21 indicators on the path to zero emissions. Their inaction amounts to criminal negligence and young people today will pay the price.

We call on the Government to honour the sacrifice of veterans by acting to prevent future wars.

[1] 70% OF WOUNDED VETERANS DESCRIBE THEIR MEDICAL DISCHARGE AS “NEGATIVE”: https://www.helpforheroes.org.uk/news/70-of-wounded-veterans-describe-their-medical-discharge-as-negative/

[2] A changing climate: Exploring the implications of climate change for UK defence and security: https://assets.publishing.service.gov.uk/government/uploads/system/uploads/attachment_data/file/930787/dcdc_report_changing_climate_gsp_RR-A487.pdf

[4] Find out more in our Emergency on Planet Earth guide: https://extinctionrebellion.uk/the-truth/the-emergency/part-5/#What-will-our-world-look-like-by-the-end-of-the-century-if-we-reach-4%C2%B0C-of-heating

[5] Thousands of armed forces veterans homeless or in prison: https://inews.co.uk/news/uk/armed-forces-veterans-homeless-crime-prison-mental-health-196636