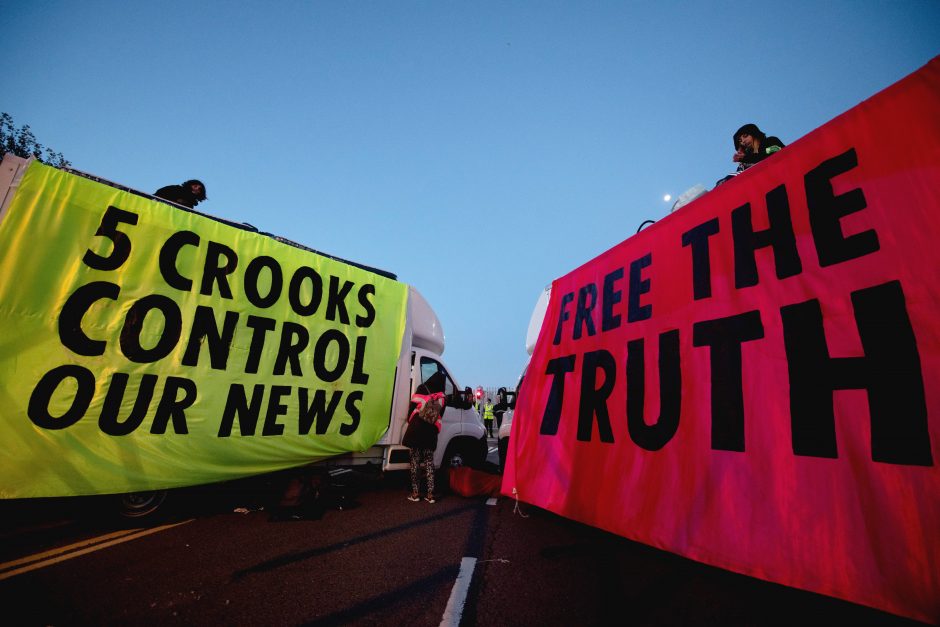 More than one hundred cultural and political leaders have signed a letter condemning multiple Government failures and pledging support for the aims and successes of Extinction Rebellion.

More than a third of the signatories are publishers and writers – including Dame Marina Warner, Dame Carmen Callil, Deborah Levy and Meg Rosoff.

The letter pushes back against the idea that Extinction Rebellion has lost support following their recent action at newspaper printing presses – a narrative that has been strongly pursued by the mainstream media and specifically the Murdoch owned press. It says:

“Extinction Rebellion has helped push the Government’s failure to act on the climate and ecological emergency into the public eye.   Whether or not we agree with their tactics or their targets, by blocking printing presses and delaying newspaper distribution, they have connected the dots of a broken system.”

The letter also follows threats by the Government to reclassify Extinction Rebellion as a criminal organisation, a move which would make it much more difficult for members to protest or speak out. In a week where Government ministers have suggested Extinction Rebellion actions have been an ‘attack on free speech’, many see calls to criminalise the organisation as a sinister hypocritical move:

“Extinction Rebellion are not organised criminals. They should not be the targets of vitriol and anti-democratic posturing. They’re just a group of people who are holding the powerful to account”, the letter states.

“We’re really grateful to these people whose public profile means that they have more to risk than most in speaking out and showing us support.  Over the past week we’ve seen personal attacks on our furniture, fabricated stories about divisions within our movement, attempts to paint us as ISIS supporters and fascists and efforts to get our funders to disown us and other activists to denounce us. With this letter a number of people who are very widely respected have re-centred the story on what matters most – the urgent need for climate and ecological action. We hope that their example might remind us all that we’re in this together – no matter who we work for or what our lives have been up until now. We’re living in a world on fire and we need to come together so that we can hold the most powerful to account. We’re truly humbled by these people’s courage – it means so much to us right now.”