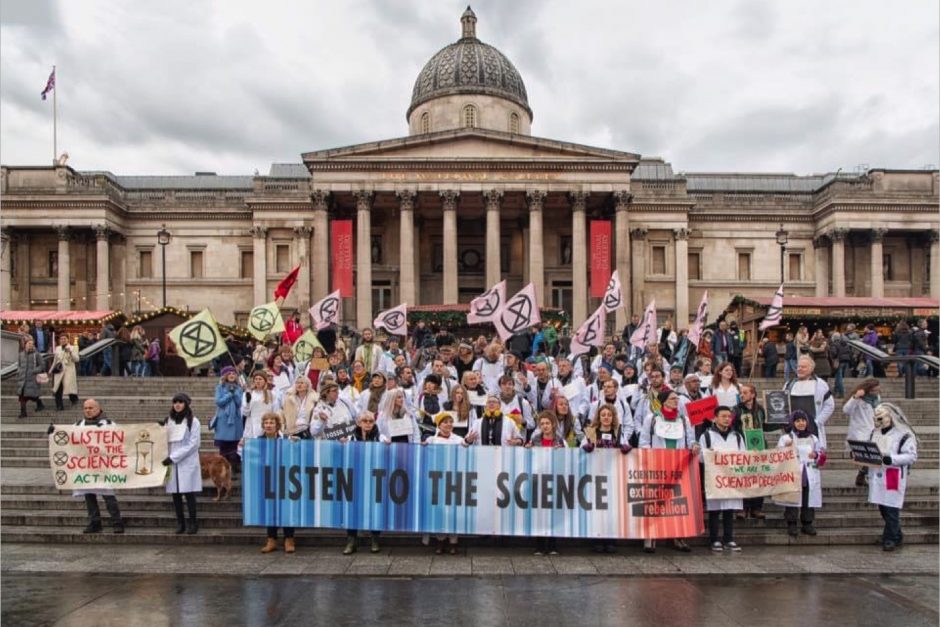 Advisory Citizens’ Assemblies depend on public awareness for recommendations to have political weight. Extinction Rebellion are deeply critical of the insufficient publicity given to the Assembly by the government and by the press. In France, 7 in 10 people were aware that their Citizens’ Convention was happening. In contrast, just a third of UK citizens even know what ‘net-zero’ means.[2]

Commissioned by six Select Committees of the House of Commons [3], the assembly was tasked to look at specific aspects of life and society and recommend how these could be adapted to reach zero net greenhouse gas emissions by 2050.[4] Parliament denied independent experts presenting to the Assemblies participants the opportunity to critique whether 2050 is an appropriate net-zero date. Extinction Rebellion believes that this wilful negligence undermined citizens’ ability to determine the country’s ambition.

Assembly members were given no control over the scale and scope of the Assembly meaning they were not able to question the framing of the government net-zero target or to request more time – the assembly took place over six weekends. In Section 11 of CA UK’s report, 88% of citizens supported a proposal for a follow up to cover what wasn’t taken into account by the Assembly, and why.

In line with Extinction Rebellion’s third demand, members of CA UK concluded that those who will be affected must be included in the process of deciding how we respond to the crisis and called for the public to have a decisive say in how and when the country transitions to a carbon neutral economy.

Extinction Rebellion spokesperson, Jamie Kelsey, said:  “The most significant aspect of this report is that when ordinary British people, from all walks of life, come together to consider the emergency we are in, there are two key responses. They are dismayed at the failure of this government and our mainstream media to have communicated the existential danger we are in. Secondly, they are immediately aware that this is a crisis that the people all have to be involved in addressing, instead of a government who seem incapable of taking any remotely appropriate steps.”

Ninety percent of participants of CA UK want a robust media strategy on the outcomes of the Assembly. To the British press that only a minority think is free: Extinction Rebellion challenges you to give the Assembly the coverage it deserves. You have a responsibility to ensure that the will of the people is heeded by the government, to have a robust discussion about whether the scope and scale of CA UK was sufficient, and to educate yourselves and the public about the urgency of this crisis.

Extinction Rebellion Citizens’ Assembly Working Group Spokesperson, Marijn Van De Geer, Said: “The 2050 target is a massive gamble to take with millions of lives, giving us only a fifty percent chance of staying below 1.5°C, [5] beyond which we risk unpredictable changes to our weather systems. As the assembly was framed around this government target participants were not given a full picture of the urgent action needed to reduce emissions. There is also clearly no consideration of equity in the framing of this Assembly, where countries responsible for a larger portion of the emissions than other countries should get to net zero much sooner.”

Dr Amy McDonnell, one of the co-authors of the Climate and Ecological Emergency Bill [7], said: “Climate Assembly UK as a process clearly worked well and shows just how valuable  deliberative democracy will be in the transition we are going to have to make. It is really exciting to see just how well this process works. Now what we need is to do it again, but with a much more realistic sense of urgency, without the creative accounting of ‘Net-Zero’, and addressing all the glaring omissions, such as freight, biodiversity loss, supply chain emissions, our global impact world-wide and the need for global justice.”

Extinction Rebellion, like the participants of the Assembly who cumulatively contributed 8000 hours of their time, want to know, what next?

Each of the six Select Committees will now study the relevant recommendations to inform their advice to the government. However, it is unclear when this will happen, what it will look like and whether the government will even listen. Extinction Rebellion UK will not stop its campaign for a UK-wide Citizens’ Assembly on Climate and Ecological Justice as outlined in our demands [8].

[2] Net zero: how government can meet its climate change target:

[3]  Select Committees are cross-party groups of MPs that scrutinise the work of the UK Government. The six committees in question are:

Crucially, this does not include the Department for Environment, Food & Rural Affairs.

[4] The members of Climate Assembly UK were asked to consider the following in relation to reaching net zero greenhouse gas emissions by 2050:

“Its report said if other countries followed the UK, there was a 50-50 chance of staying below the recommended 1.5C temperature rise by 2100.”

[7] What is the Climate and Ecological Emergency Bill?

An alliance bill that has been written by scientists, lawyers and activists; it is gathering support from a broad range of campaign groups, businesses, charities and individuals. The bill has the potential to become the most significant move forward since the Climate Change Act 2008. This is a Private Members’ Bill, and taking it through parliament will be a hard-fought process but it has been done before with major climate legislation.

Find out more: CEEBill.uk and join the Alliance

ABOUT THE CLIMATE AND ECOLOGICAL EMERGENCY BILL ALLIANCE

To speak to someone about the Climate and Ecological Emergency Bill, please contact press@ceebill.uk