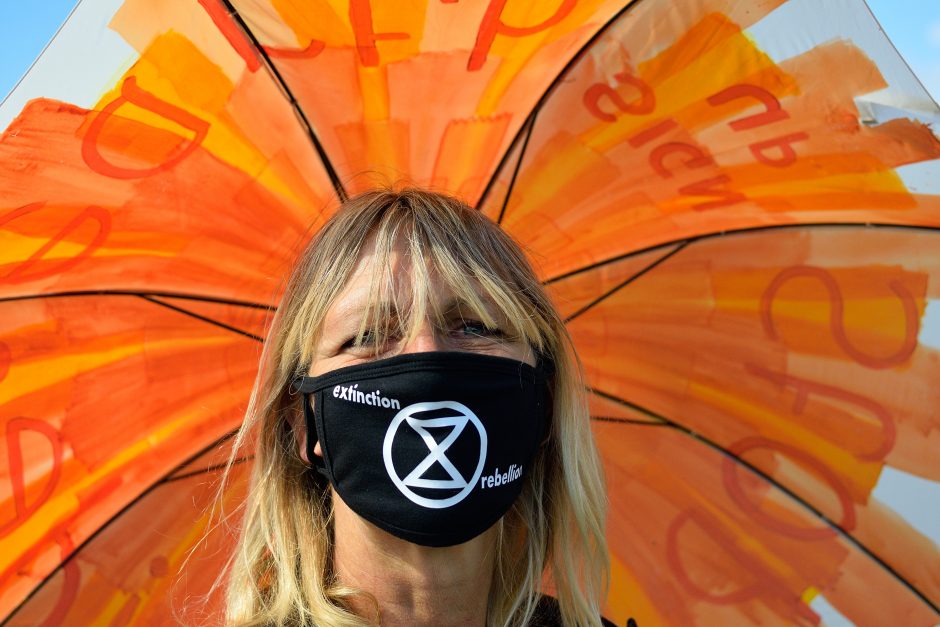 Here are more amazing photos from the bank holiday weekend. Thank you to all the rebels who put time, energy and love into making this weekend colourful and alive. Enjoy.

This message greeted drivers in Bath. Check this video for all the day’s XR Bath action.
Photo: James Bellinger

Like Rapunzel’s hair, only more political. This banner unfurled down Cardiff Castle.

A stunning banner drop at Clevedon Pier – an area predicted to flood annually by 2050.

Outside Midlands police headquarters and HS2 offices in Birmingham 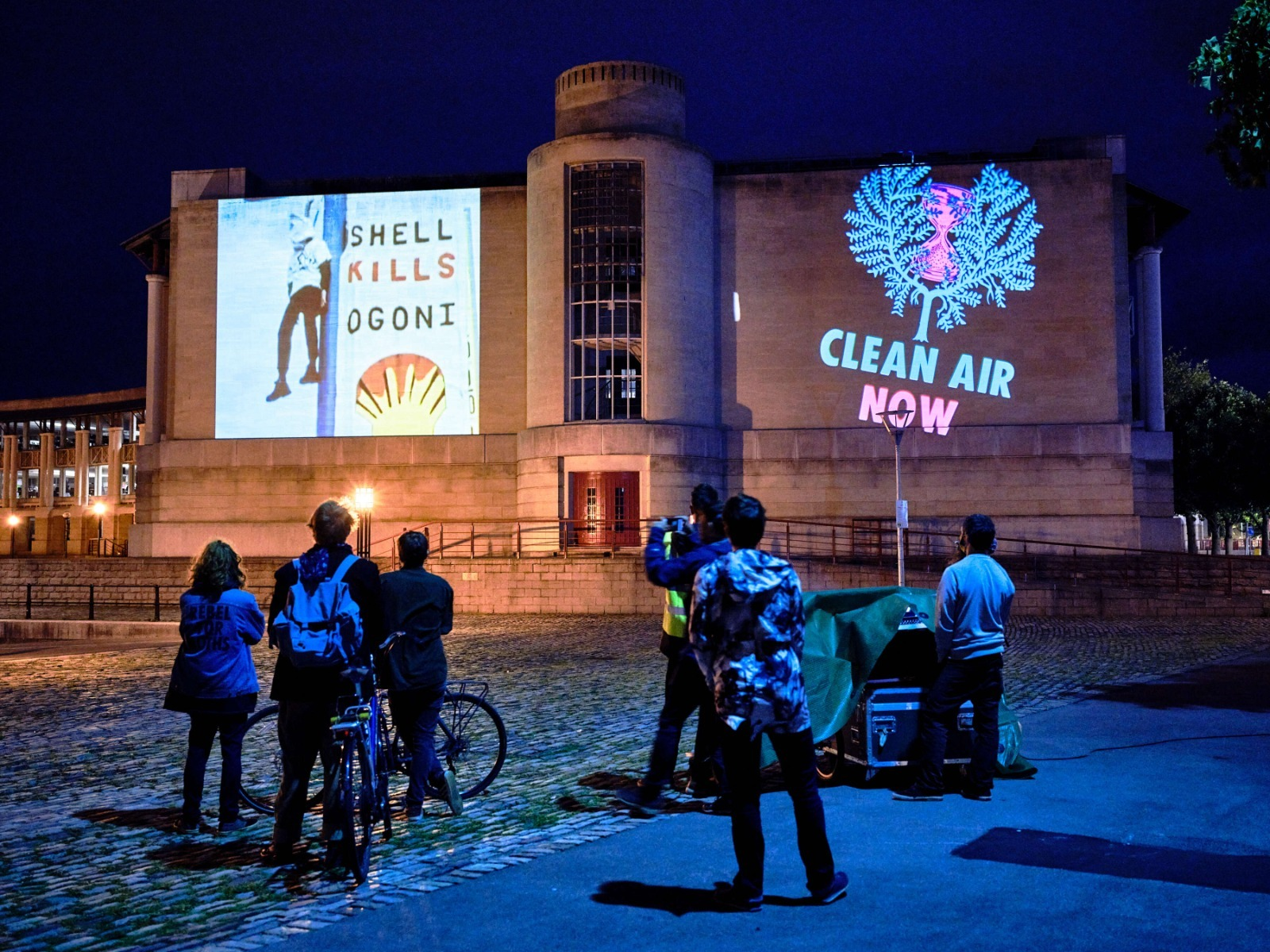 A documentary about Shell & the Ogoni people of the Niger Delta, but on a building in Bristol. Photo: Simon Holliday

Rebels atoned for their climate sins by doing as the penitents did and heading to Truro cathedral for confession. Photos: James Pearce

Bromley badgers placed 200 pairs of children’s shoes outside Bromley Council’s offices, pinned a letter to their door, and then staged a sit-in to demand they declare a climate emergency. Photos: Billy Macrae 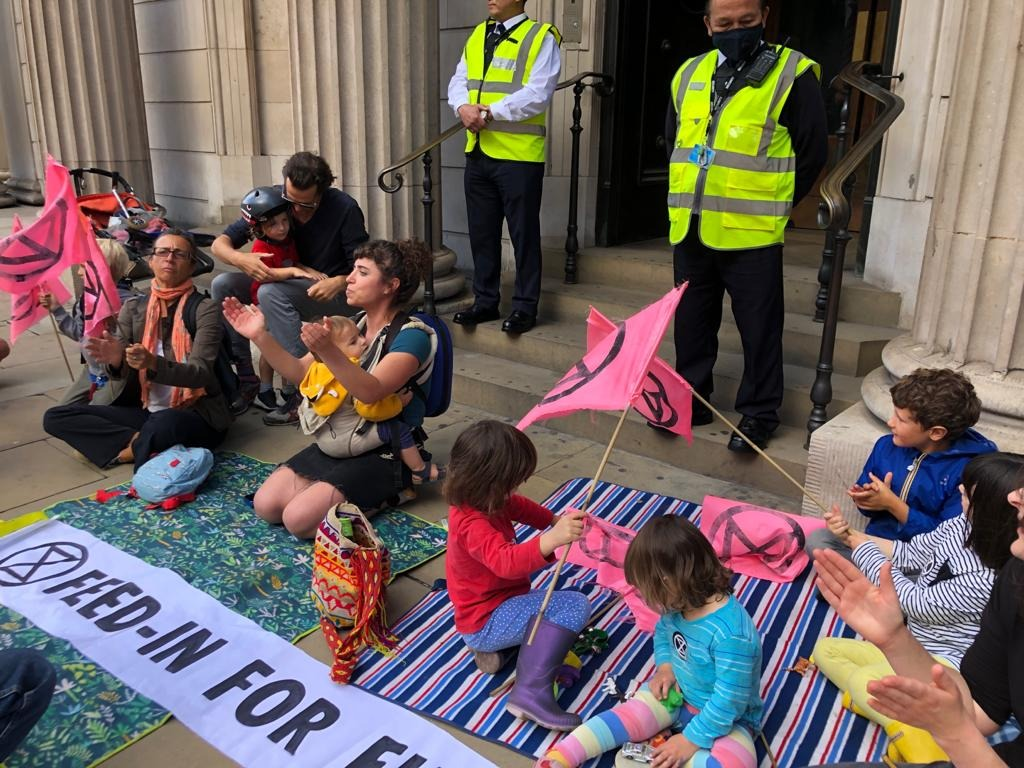 XR Families block an entrance to the Bank of England to protest the bailing out of airlines and shipping companies during the pandemic.

Not sure which weekend action this image is from, but it’s a humdinger. And if you made it this far you’re a newsletter reading superstar. Send us an email and maybe you’ll get a prize. 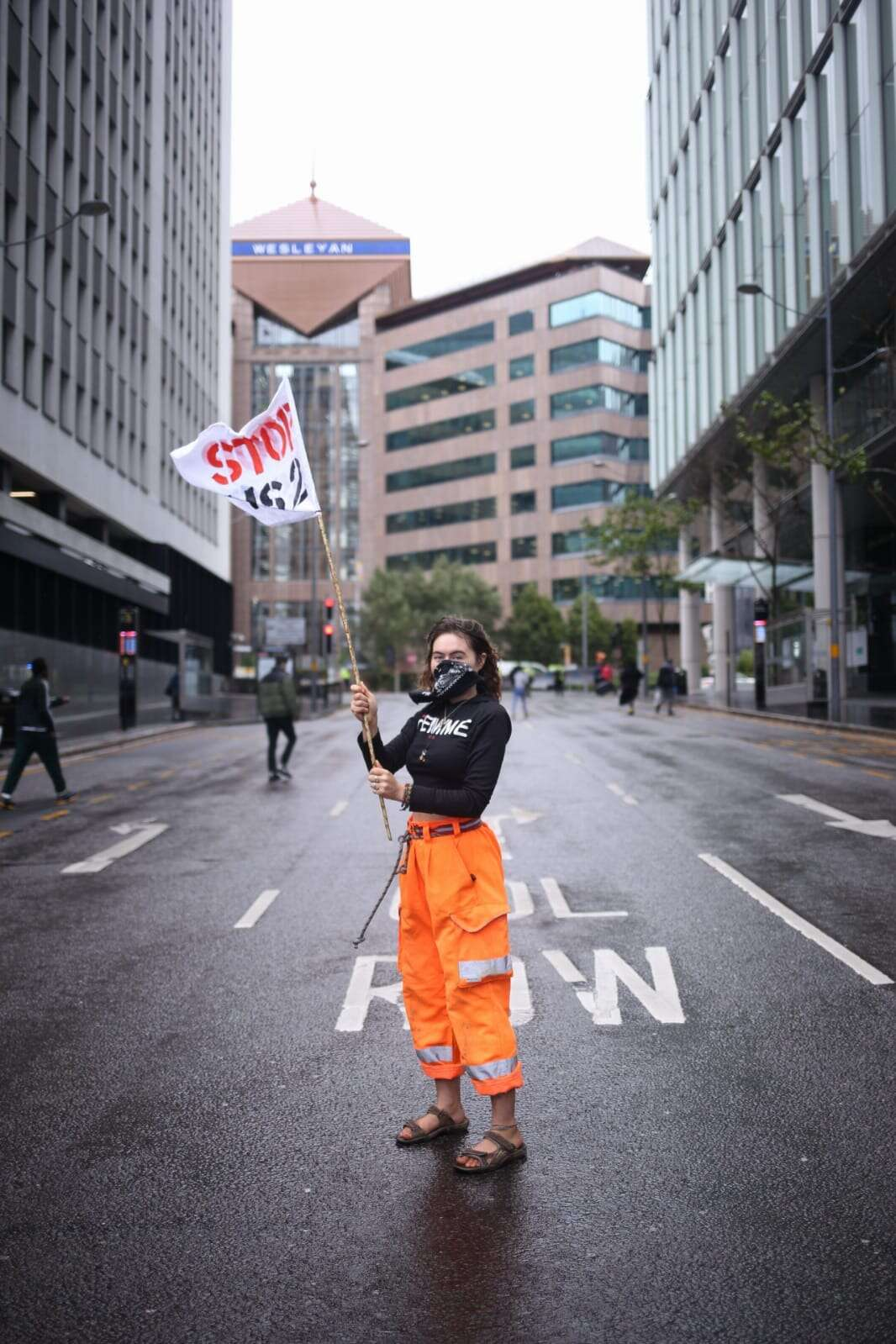 It won’t be a good prize though.