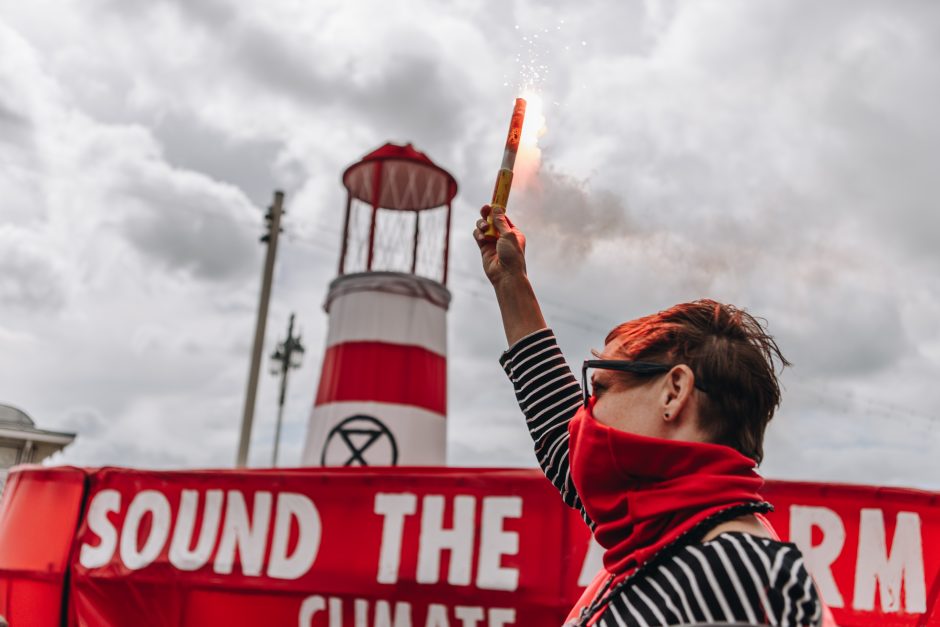 Happy Rebellion Eve, Everyone! Let’s Look After Each Other Out There

What a weekend it’s been! Talk about kicking rebellion into gear, that was a Bank Holiday to remember. From Lightship Greta making her way from Brighton to London, Mad Hatter’s tea parties at airports, banner drops all around the country, projections on power stations, doctors going on a sticker rampage and oily handed marches (to name just a very small selection of all your amazing actions!). No one could’ve asked for a better precursor to the September rebellion.

Everyone involved should be insanely proud of themselves. A HUGE well done and thank you to all rebels who took part! You’ve been the inspiration we all needed as we prepare to take our rebellion to London, Manchester and Cardiff.

Tomorrow we’ll make our way to one of the three cities for our next major rebellion. In London we’ll head to Parliament, where we will return day after day to make our voices heard. It’s not going to be easy – the odds, as always, are stacked against us – but there has never been a more important moment to get out there.  Wildfires across California, the hottest recorded temperature ever in Death Valley, Ice shelves collapsing, deadly landslides in Scotland – the climate and ecological emergency is getting worse and our government is failing to keep us safe.  We need to act now, not next year, not in ten years – now before it’s too late.

We are a grassroots movement of volunteers who act so that the world might know about the climate and ecological emergency and act as if it’s real. We’re doing our best to challenge a small number of very powerful people whose vested interests give them enormous power. They have money, lies and so much spin, whilst we have empathy, compassion, curiosity for learning and humility, knowing that we don’t have all the answers. As we embark on this rebellion, let’s remember that things are bound to go wrong – and that’s ok!

We’re doing everything we can and we’re trying to grow and learn while challenging ourselves and trying new things. If the movement is thrown into controversy or divided by outrage this week, let’s all remember to be kind to each other, to practise empathy, patience and compassion. We must try and find common ground to bring about the enormous shift needed as a human family.

Let’s not tear into each other on social media, call each other out or shame one another. Let’s not become what we claim not to be.

We are attempting the impossible. We’re not going to agree on everything, but we are all here for the same reason – because we want to pull ourselves back from the brink of climate and ecological collapse and create a better world for everyone.

So happy rebellion eve, everyone! Let’s look after each other out there.