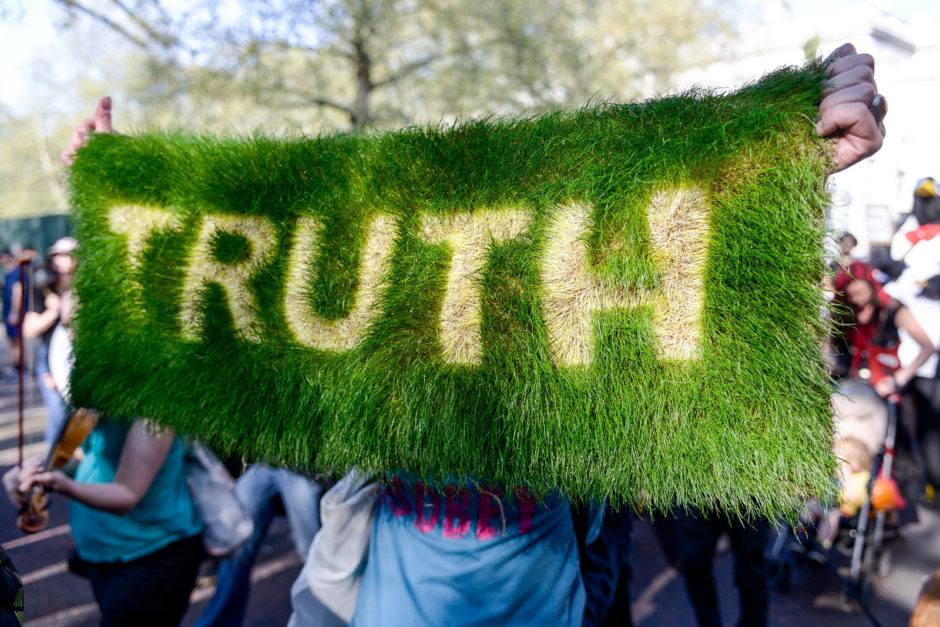 Here we go again. Further seeds of doubt have been sown today by the Times in a piece titled “Baseless climate warnings wiped from Extinction Rebellion film” undermining the stark risks we face from climate breakdown.[1]

The implication of the article is that climate change poses no more of a risk to human health and life than does obesity and cancer, which cost millions of lives every year. That implication is false.

Articles like this – in which there is a huge misrepresentation of the risks we face from 2-4C of warming – are deeply misleading. Some might call it “climate delaying,” in which we dither and dispute how bad it’s going to be until it’s far too late to do anything about it. The Tobacco industry knows this tactic well.[2]

Simply because we can’t predict exactly what will happen does not mean we sit back, say “let’s just wait and see!” and allow those most vulnerable to the effects of climate and ecological collapse – such as our youth, global South communities and coastal regions here in the UK – to be gambled with in some sick experiment. There is a peculiar arrogance to think we can go to the absolute precipice and pull back all because of an ideological obsession with our economic models.

Scientists will continue to debate the granular specifics of the future. But what’s important to understand here is that there is a widespread view across the scientific community that without an urgent change of direction the world is on course for 4˚C+ warming during the current century. This is backed up by the governments’ own Committee on Climate Change, which advised all departments to plan for “a minimum 2°C rise in global temperature with consideration of 4°C.”

In fact in February, this was acknowledged even by the Prime Minister: “Since Bersey despaired of his electric taxi, the temperature of the planet has gone up by one degree, and it is now predicted, unless we take urgent action, to get three degrees hotter.”[3]

So what will 4˚C of warming mean for humanity? Sir David King, the Government’s former Chief Scientists has said in a statement made on behalf of Extinction Rebellion activists: “A temperature rise of 4.0 degrees C would give rise to unmanageable risks, and yet this is the most likely outcome by 2100 unless appropriate global action is taken.”[4]

In the words of Professor Kevin Anderson, an adviser both to the UK Government and the EU: “there is a widespread view that 4°C is:

and consequently, 4°C should be avoided at ‘all’ costs.”

Today we contacted Professor Stephan Harrison, one of the academics quoted in the Times article, and asked him whether he agreed that 4˚C would be incompatible with the maintenance of an organised global community. His reply: “Quite likely”

According to Professor Johan Rockstrom, warming on this scale implies the loss of not just millions but billions of human lives. With warming of 4˚C, he says that: “It’s difficult to see how we could accommodate eight billion people or even half of that.” [5]

We asked Professor Harrison whether he agreed that 4˚C would put billions of lives at risk. His reply: “Billions? Not sure. Depends on tipping points I suppose. But not beyond the bounds of possibility.”

The above suggests we are being put in harms way by a negligent government and that billions of lives around the globe are at risk. This irresponsible piece in the Times today plants the seed of doubt that will fester and grow in people’s minds, creating an even greater barrier to action.

In the coming weeks there will be interviews on our Youtube channels with top climate experts on a variety of different topics. The main takeaway is, they’re all as frightened as we are. Watch this space!