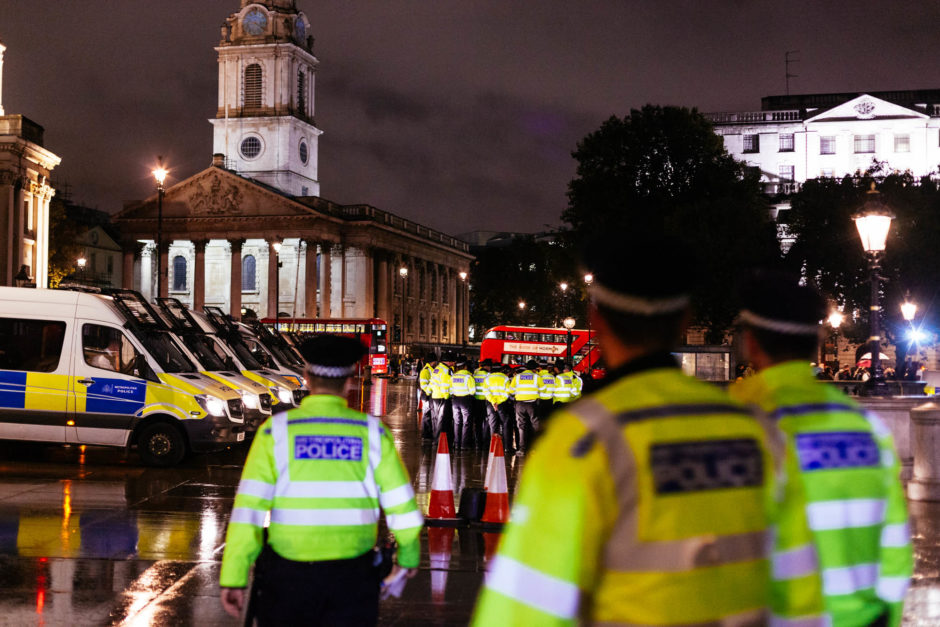 Statement on Extinction Rebellion’s relationship with the police

The tactics of disruption and nonviolent civil disobedience are at the heart of everything Extinction Rebellion does. We have been told that these tactics and our interpretation of them have excluded Black people, other communities racialised as non-white, and other marginalised groups, and contributed to narratives that have put those communities at risk.

We recognise now that our tactic of arrest has made it easier for people of privilege to participate and that our behaviours and attitudes fed into the system of white supremacy. We’re sorry this recognition comes so late.

We believe in peacefully doing whatever it takes by means of nonviolent direct action to raise awareness about the Climate and Ecological Emergency, which includes high-risk actions resulting in arrest. However, presenting the experience of arrest and jail time as something straightforward – rather than acknowledging the stressful, intimidating and sometimes deadly experience marginalised people face at the hands of the police – was a mistake.

The decision to communicate with the police was a strategic one, brought in when the movement was formed in 2018 in the hope of keeping people safe, and with the aim of reaching police officers with our message about a crisis which will eventually impact them as well. We view the police as professionals who may or may not act with integrity, and who represent an organisation that is institutionally racist – not as allies. We do not negotiate with them, speak with them about organisers or name people involved in protests. Nor do we feel awarding gifts and chanting ‘We love you’ to the police is appropriate.

The effect this strategy would have on marginalised people was not given enough attention as the movement grew. We have reviewed and adapted our approach, and will continue to do so, in consultation with other groups affected.

As we prepare to mobilise people to take to the streets again, we want to make very clear that the only way to have a rebellion that challenges the systems on which the climate emergency thrives, is for that rebellion to prioritise anti-racism and solidarity with all people striving for equality and justice. Some of the ways we are doing that are:

Every stage of the development of XR has been worked on with integrity and best intentions and yet we acknowledge there are many faults, flaws and imperfections in the work. We will keep building and repairing relationships with groups that have been doing anti-racism, anti-Black racism work and environmental work and use our platforms to support them and centre marginalised communities, while actively changing the culture within XR.

There is much dedicated work taking place to better the movement and we know there is very much more to be done.