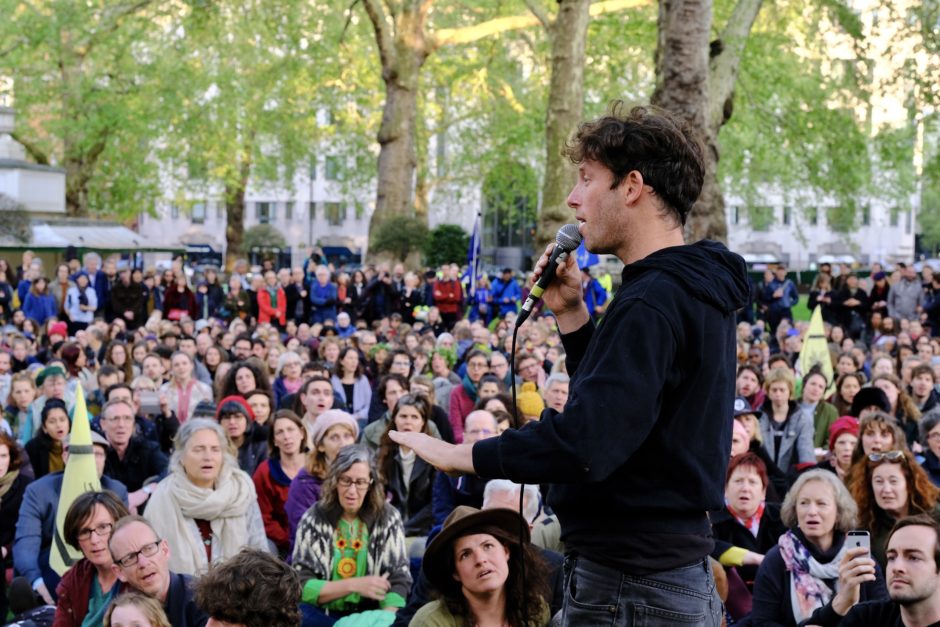 An Impossible Ending, As Nightingales Return to Berkeley Square

In a poetic end to a life-changing two weeks, Sam Lee, of Nest Collective, summoned the nightingale back to its former London home.

Every year around mid April 5000 pairs of nightingales return back to the UK from Sub-Saharan Africa to sing, mate and nest. This is a fraction of the tens of thousands that once survived in Southern England.

For some years, I have led concerts in the woods with musicians improvising with the birds called Singing With Nightingales. But in the time of making the impossible real, inspired by Extinction Rebellions tactics of occupation, an opportunity arose to fulfil a long held dream, to bring Nightingales back to Berkeley Square.

Nightingales are a poster child for disappearing  species (expected to go extinct in 30 years from the UK at current rates of decline) and also a bird never heard in its legendary Mayfair home. XR provided the reason and the means to fill this square with as many-as-will to celebrate this bird and all other species still clinging on and pay respects to the many species now extinct.

This action became a rewilding of song and nature into London’s private owned and managed urban spaces. This short but sizeable gathering of around 1,500 people, by nature of landing on the 2 week mark after the 15th April Uprisings start date, became in many ways a symbolic ceremonial closure of the April rebellion.

After some non political, nature focused speeches, some communal singing, a requiem for extinct species led by Cosmo Sheldrake, the invitation came for everyone to stream nightingale song on their phones. Dozens of musicians then scattered off around the square to sing and play into mini groups of people who had circled off to broadcast the birds song around the Square.

The event’s closing gathering ended in a surprise speech given by elder statesman Satish Kumar who happened to be strolling through Mayfair that evening and then a final singing of a rewrite of A Nightingale Sang In Berkeley Square.

This come all ye dreaming of what we can do together, sung us all off to our homes with many still playing the birdsong as they filtered off homewards. Nightingales were that night heard across London, a most poetic end to a life changing two weeks none of us shall ever forget.