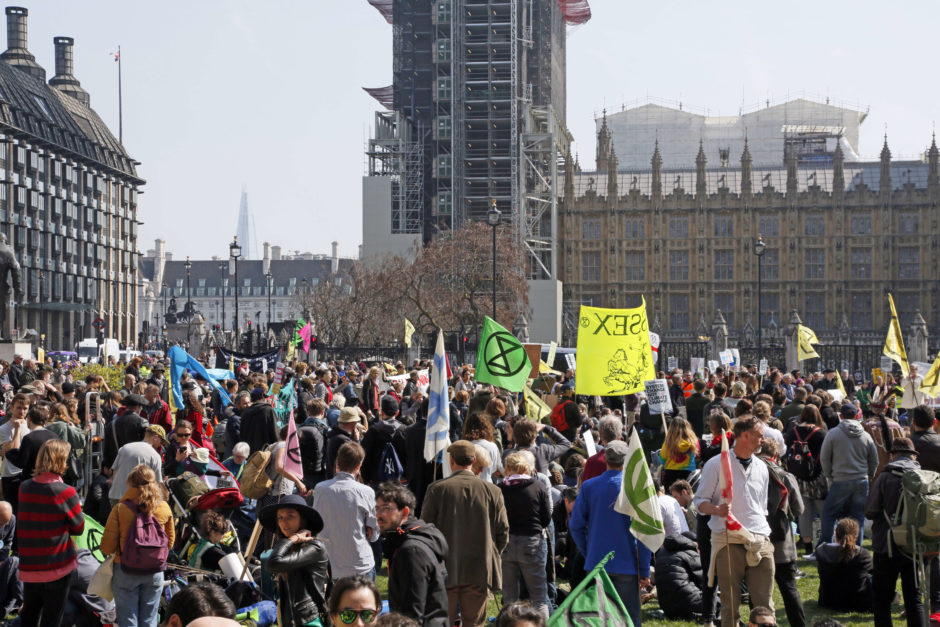 To Go Beyond Politics We Must Trust the People

By the Citizens’ Assembly Working Group

What was the political situation before the April 2019 Rebellion?

The April Rebellion already seems long ago. So much has happened and yet so little government action on the Climate and Ecological Emergency has taken place. But April is still lodged in our minds as an urgent demonstration of resistance: we could no longer pretend that we could carry on with ‘business as usual’ politics; we would no longer place the future of the planet and our children in the hands of sleepwalking politicians. Instead, we demanded a Citizens’ Assembly. This would bring together ordinary people to learn about the crisis and make decisions before it’s too late. This was – and still is – our vision of Beyond Politics: citizens learning the truth from experts and combining it with their own lived experience – of their local area, their work, lifestyle and the things they care about. This is our Third Demand: for the government to create and be led by a UK-wide Citizens’ Assembly on Climate and Ecological Justice.

On 15 April 2019, we took to the streets. The Citizens’ Assembly Working Group set up shop outside the symbol of our creaking democracy, the Houses of Parliament. The sun belted down on the square as we built a stage of crates and set up a platform adorned with hand-painted letters, declaring it ‘The People’s Podium’. Instead of centuries-old, wood-carved surroundings and threadbare leather benches, we talked and deliberated in the open air. Passersby could linger, listen and join in. The microphone was held by people dedicating their lives to new forms of democracy: Peter MacFadyen, the author of Flatpack Democracy; Klina Jordan of Make Votes Matter; Marianne Brown of Resurgence Magazine, and many more.

We spent two weeks in Parliament Square, looking at the issue from all different angles. But the diagnosis was clear: our political system is not fit for purpose. Currently, we elect one person every five years. This means that deeper moral and challenging issues are not addressed as parties focus on short-term solutions that will get them back into power. Our politicians are told to tow the party line, even if their own views differ. This means that politicians who personally feel passionate about addressing the emergency with more radical policies can be prevented from doing anything about it by their own party. Furthermore, political parties receive huge donations from the oil and gas industries, compromising clear judgement and decision making on policy.

Finally, current politics makes sure that collaboration between different parties is nearly impossible. Ideas proposed by one party, no matter how sensible, will most likely be met with heavy criticism by their ‘opposition’.

As we feverishly shared information and asked how we could get out of this mess, Parliament also opened one eye. On 1 May 2019 Parliament passed a motion declaring a climate emergency. Was this met by shouts of joy in the Commons? By renewed energy and a sense of collaborative goodwill? No. The benches during the debate were practically empty. What a let down.

Since then, Climate Assembly UK has begun. Hooray – our job is done and the Third Demand has been met! Well, hold your horses… This is a good start from some very well-intentioned MPs, but this Assembly has been hamstrung from the start. Firstly, the Assembly has been working towards the government policy of net zero emissions by 2050, a dangerous target date that gives us less than a fifty percent chance of remaining under 1.5 degrees of global warming.  How do you like those odds? The government has not officially recognised Climate Assembly UK and can completely ignore any of its recommendations. The UK deserves more than this and must create a Citizens’ Assembly with teeth.

So where are we now? When we reopen our doors after lockdown, what sort of world do we want to step into? Covid-19 continues to be a devastating test of our resilience and our capacity. When the chips are down we need to come together, to care for each other as communities. We want to feel safe, to have a sense of home, to know that we have financial security. We want to be able to feed ourselves and to have the space and presence of mind to take care of our families and ourselves, to reach out and engage with our wider community, and we want to have enjoyment and love in our lives. We want to continue hearing the birds and breathing clean air. We want to work out how to live differently so that we are not damaging the planet and burning ourselves out.

A Citizens’ Assembly is not a cure-all, but it is an excellent place to start. If we Trust in People, we can change our course and live well.

Check out the Peoples Podium programme of events with live new content on Saturday 18 April for your fix of everything Beyond Politics.
To help spread the word on just how beautifully collaborative Citizens’ Assemblies are, join the Citizens’ Assembly Advocate Network and get passionate about deliberative, people-powered democracy! Get in touch at: caan@rebellion.earth.