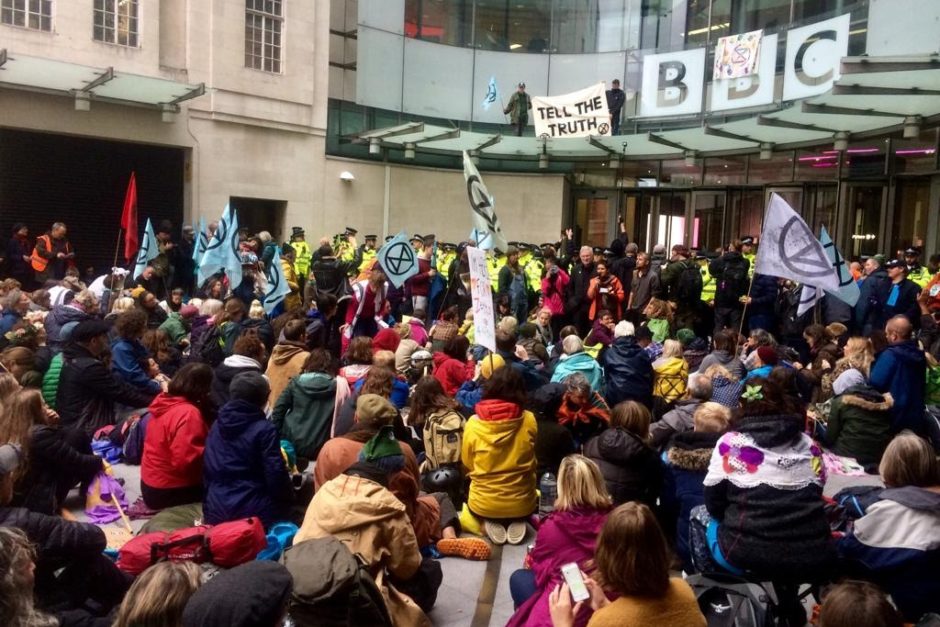 Telling the Truth, A Year On

Jon Fuller on what has changed in the media’s reporting of the climate and ecological crisis – and how far we still have to go.

During the April Rebellion, our pink ‘Tell The Truth’ boat sat for days within sight of BBC Broadcasting House, while the nation’s TV screens were full of XR’s placards carrying our demands. Of all those demands, none was more stinging for editors and journalists than the simplest of all – ‘Tell The Truth’.

Ever since those words ‘Tell The Truth’ rang out at Extinction Rebellion actions, the media has been forced to confront a harsh reality: By withholding the most alarming facts about the climate and ecological crisis, it has failed the people.

Before last April, the bulk of UK media, including the BBC, regularly gave airtime to climate change deniers. But within less than a month of the protests ending, the Corporation had changed the tone of its output, making it clear that the scientific reality must be conveyed in its news reports. TV and radio presenters now spoke of climate change as an indisputable fact. Deniers did pop up occasionally on local radio, but it was clear that the main broadcasters were done with denial.

It wasn’t long before the change of tone on radio and TV began to alter public opinion. Along with the direct messaging conveyed by Extinction Rebellion actions, the visceral rage conveyed by the school strikers, and the virtual end to climate denial in the media, public attitudes shifted quickly. In the middle of August 2019 IPSOS Mori published research showing that a record number of Britons were now worried about climate breakdown. 85% of people said they were “concerned”, 52% said they were “very concerned”.

When the Labour Party asked Parliament to make a Declaration of Climate & Ecological Emergency (a move which Shadow Chancellor, John McDonnell has since said was a direct result of the April Rebellion), it proved pivotal for the Conservative administration. Would the government support the declaration or attempt to scupper it? When the motion came before Parliament it was clear that the denialists within the Conservative Party were marginalised; the ruling administration threw its weight behind it.

Parliament’s declaration has turned out to be little more than window-dressing. But it was nonetheless crucial for the media and public to see that there was no longer any doubt that climate change was a very grave threat and that changes had to be made.

I was one of those arrested at Oxford Circus beside the pink ‘Tell The Truth’ boat. I was also part of the XR delegations that met with senior BBC and ITN staff. What became clear, and has remained the case to this day, is that the bulk of the media still refuses to convey the most alarming news to the public.

The programme of overt misinformation (giving substantial airtime to deniers) is over, but we still have a long way to go. It is clear that many media outlets fear the loss of audience share if the news they convey is too distressing, so our role going forward is going to be hard. But we know the risk of death of literally billions of people is very real indeed, and we are the people with strength, conviction and courage to rise to this challenge.

It will be hard, but the Truth is within our grasp.

Jon Fuller is a former civil servant and a specialist in the way the broadcast media portrays the climate and ecological emergency.