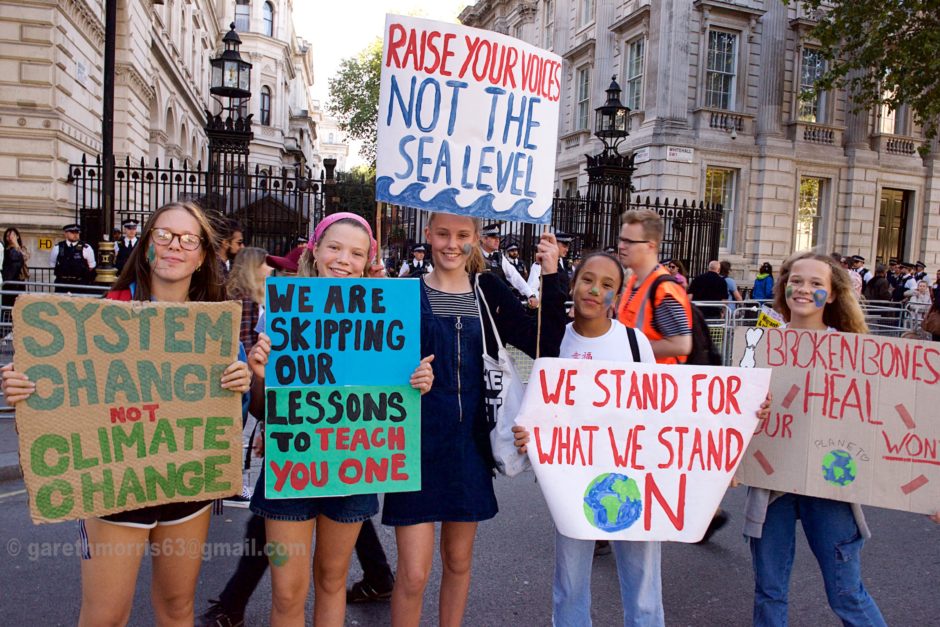 XR Youth join in Europe-wide digital action to say ‘get the polluters out of COP26!’

Extinction Rebellion Youth (XR Youth) join with Polluters Out to demand that representatives of fossil fuel industries are not included in the UN Climate Change Conference (COP26) due to take place in Glasgow this November.

Together young people across Europe will create a ‘cyberstorm’ – a digital form of direct action which will target major polluters, key european figures associated with the Paris Agreement, as well as the UNFCCC. The young people will bombard their modes of communication by constantly calling their business lines, emailing them, twitter storming with #pollutersout, and posting on their facebook pages. The intention is to disrupt these companies’ business for a day, and possibly longer, in order to send the message that they are not welcome at COP26 in Glasgow this year.

The action is being taken as part of the Polluters Out campaign – a global coalition of young people, in over 60 countries, united with scientists to challenge the fossil fuel industry’s control of our land and our futures. Groups taking part in the campaign include the UK Student Climate Network (UKSCN), XR Youth and various Fridays For Future (FFF) groups across Europe. Actions are confirmed in Austria, the UK and Ireland, and expected in Germany and Sweden amongst others.

The coalition of young people taking action believe that fossil fuel companies should not be able to partake in climate policy making discussions as they have a vested interest in maintaining the use of the carbon emitting products they create.

The action takes place amid speculation that COP26 will be delayed due to the impact of the global COVID-19 pandemic on diplomatic processes usually undertaken in the run up to the conference. [1]

In addition to the digital action Polluters Out will be organising a series of webinars through the day covering topics like climate inequality, as well as platforming stories from frontline communities on the impacts of the climate crisis in different regions of the world. As many people around the world are currently quarantined, it is hoped that this can be an accessible and informative space that will empower people to take part in the fight for climate action.

COVID-19 and the digital action

While the spread of COVID-19 has had a massive impact on the global community in the past few weeks and is prohibiting mass gatherings, the climate crisis continues. The fight for climate justice should not be ignored or forgotten – every crisis should be treated as a crisis. For this reason, we have had to reconsider the format and way in which our advocacy will continue to take place. So, on March 20, Polluters Out’s International Day of Action and mass mobilisation is moving online.

Isabel Fallahi, one of the young people taking part in the day of digital action, said: “Shell being allowed into COP talks is not a climate solution, it’s the climate destruction and ecological breakdown that we are here to fight.”

A spokesperson for Extinction Rebellion Youth, said: “We are not going to pause our activism just because we can’t gather in the streets. We must adapt and find new forms of resistance.”

A spokesperson for UKSCN, said: “Coronavirus has been crippling to many of the foundations of our society, and pandemics like it will only be more disruptive as climate and ecological breakdown worsens, due to displacement and reduced resources.”

XR Youth is a network for everyone born after 1990 – we are a generation that has never known a stable climate and that will be defined by how the world responds to the climate and ecological crisis.

Growing fast, we work to bring as many young people into Extinction Rebellion as possible to make sure our voice is heard and is truly representative.

Polluters Out is a global coalition of young people, in over 60 countries, united with scientists to challenge the fossil fuel industry’s control of our land and our futures.

We believe that fossil fuel companies should not be able to partake in climate policy making discussions as they have a huge vested interest in maintaining the use of the carbon emitting products they create. Polluters Out are currently focused on kicking polluters out of COP26.