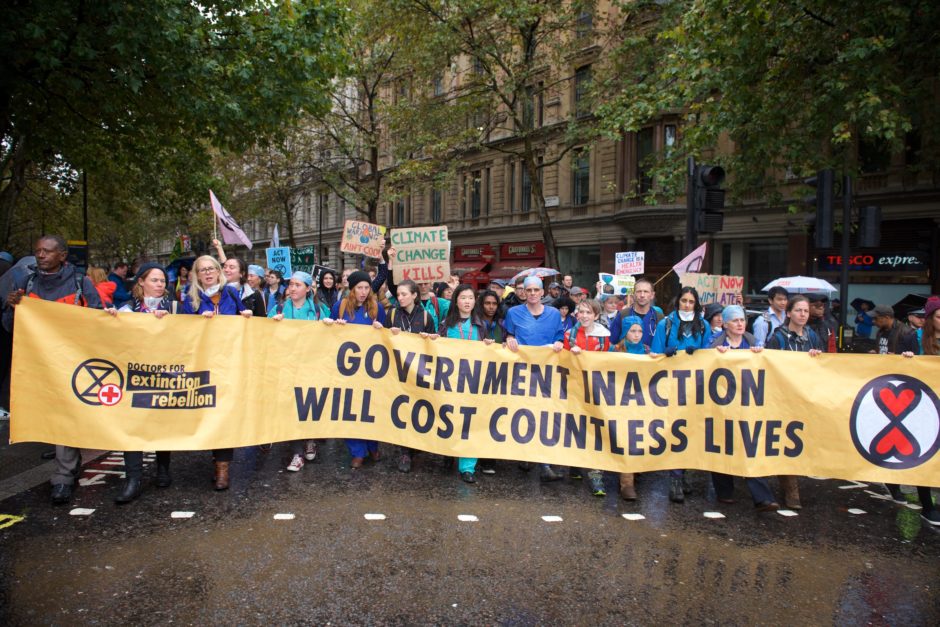 Extinction Rebellion UK on the May Rebellion and coronavirus

Extinction Rebellion UK – as part of a wider movement – exists to protect life, both now and for future generations. Right now we all need to prioritise public health, follow advice from scientists and doctors, and be mindful of the most vulnerable in our communities.

Mass public gatherings will not be organised by Extinction Rebellion if it is not safe to do so. As such we can no longer make a commitment to the date of May 23rd for in-person rebellion in London based on Covid-19. We will make alternative, creative plans for May and June, watch this space!

We will return to London in future but can’t be certain of a date right now, so we ask rebels to continue mobilising, to be ready for when the time is right. We believe in the need for mass civil disobedience, until the Government responds adequately to the ongoing climate and ecological emergency. As the pandemic passes, nothing will feel the same and we need to be ready, we are already in a state of planetary crisis, and we do not have to return to business as usual.

Extinction Rebellion will continue to organise with, and support, our local communities and each other throughout this time of national and international emergency.

A team, Rebellion Weavers, has been set up to hold the overview of Rebellion planning. You can contact them with any ideas or questions: rebellionweavers@protonmail.com