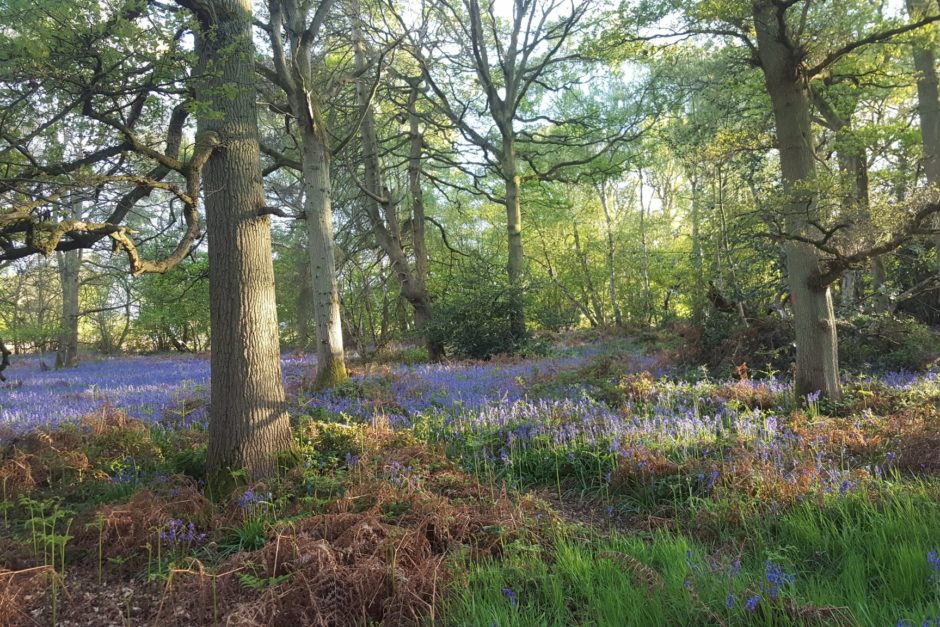 Extinction Rebellion, RSPB, Woodland Trust and StopHS2 unite to Stand for the Trees

At an undisclosed time and location along the walk, there will be an artistic intervention by parties unknown, creating a moment of striking performance art, the details of which remain a closely guarded secret. This creative act, symbolising resistance, mourning, sacrifice, struggle and redemption, will provide a visually stunning photo opportunity for those lucky enough to bear witness.

The four hour ramble through the woods, dubbed the Resistance Rally, starts at 12:30pm at Abbey Fields Park in Bridge St, Kenilworth, proceeding through Crackley Woods, alongside Broadwells Woods (pictured) and finally ending at Diamond Woods. Many walkers are expected to camp before and after the event at the longstanding protest camps in Crackley and Cubbington Woods. [1]

A similar Stand For The Trees walk was led by Chris Packham through the Colne Valley on the 29th December, with a turnout of over 1,300 people on a cold Winter’s day. Organisers hope for a similar turnout this Sunday in Spring.

In the wake of the Appeal Court ruling upon the illegality of the proposed third runway at  Heathrow Airport, Chris Packham launched a legal challenge to HS2, including the argument that it is incompatible with achieving net zero carbon emissions by 2050. This is not least because the line will facilitate the large-scale expansion of multiple airports across the UK. [2]  A response from the Government is expected this week, and an announcement of the next legal steps could be made on Sunday.

Earlier this week the RSPB sent a damning letter to the Government saying: “HS2 will stand as an example of worst practice in the face of the climate and ecological emergency…and will cause a significant net loss of biodiversity.” [3]

HS2 are due to fell in Broadwells, Birches and part of Crackley woods in April, during nesting season. This is in spite of a strict legal prohibition on the disturbing of nesting birds. To get around this, HS2 have been using hawks in an attempt to deter birds from nesting. Conservationists have called this technique both ineffective and immoral. [4] The RSPB is urging members of the public to call the police if they see HS2 workers harming wildlife.

In last week’s Parliamentary Committee hearing, Bernadette Kelly, the Department for Transport’s Permanent Secretary, admitted withholding information last year that showed HS2 would go over budget, choosing not to tell MPs as, amongst other reasons, this could have put contracts at risk. [5] This was defended by HS2 Ltd CEO Mark Thurston, who recently received a £46k bonus linked to control of the project’s budget, on top of the £600k yearly salary he already draws from the public purse.

Yesterday’s Budget announcement saw the Government postpone setting out its strategy for achieving net zero carbon emissions by 2050, instead committing to pump further billions into road building and fossil fuel subsidies. In doing so, its true priorities, which lie behind the green facade of meaningless rhetoric about addressing the Climate and Ecological Emergency, have been laid bare. [6]

Matt Bishop, Cubbington Wood Camp resident, said: “This could be peoples’ last chance to see parts of this woodland before it is destroyed forever. Felling these woods is despicable.  Join us to pay homage to our ancient trees and show the government how strongly you feel about this terrible assault on our natural heritage.”

Joe Rukin, StopHS2 Campaign Manager, said: “The ancient woodlands around Kenilworth in Warwickshire are some of the few precious remnants of the Forest of Arden and have been here for millenia. HS2 Ltd are not only set to destroy them as part of the largest deforestation project for 100 years, but they have signalled their clear intent to break the law and do this while they know there are birds nesting in those woods. We encourage everyone to come and see these precious habitats while they still can.”

Gail Bradbrook, Extinction Rebellion co-founder, said: “We’re anticipating that Extinction Rebellion rebels will be up for doing everything it takes to stop the outrageous assault on nature by this overpriced, ridiculous vanity project, full of snouts in the trough and tax-haven-using companies. Far from uniting the country and addressing inequality, this project will devastate the north of England by further reinforcing the north-south divide.”

Environmental campaigners from Crackley Wood and Cubbington Wood sites are due to appear in Birmingham’s Business and Property Courts on Tuesday 17 March, prior to potential injunctions which would prevent people walking in five woodlands and lead to evictions of environmental protection camps in Cubbington and Crackley Woods. Injunctions on these woodlands will make it easier for HS2 to clear during nesting season, without members of the public there to witness this criminality.

Camps in Harefield, Denham, Great Missenden, Wendover, Cubbington and Crackley woods are united in their call to stop HS2, resist and shine a light on the ongoing destruction, to support local communities to protect their land and futures.  Campaigners are calling for people to join the campaign against woodland and countryside clearances which worsen air quality and drive climate breakdown. [7]

Watch HS2 in a minute at HS2rebellion.org

Meeting point is in the park by Abbey Fields car park, Kenilworth train station. At 1pm we will walk up the road  to Crackley Woods, along the Greenway to Broadwells Wood and then to Diamond Wood. Finishing at 5pm. Please wear boots.

Watch Chris Packham’s film – StandForTheTrees.org – Set in the wood that inspired Roald Dahl’s Fantastic Mr Fox, also due to be destroyed by HS2.

[7] Why we need to double UK tree cover, Friends of the Earth https://friendsoftheearth.uk/trees

HS2 is set to destroy over a hundred ancient woodlands and almost 700 wildlife sites. As well as costing the UK-tax payer well over £100 billion, the high speed rail project is already causing extensive and irreversible damage to the environment and will be a vast new source of carbon emissions for at least the next 120 years, as well as enabling mass airport expansion.

HS2 have repeatedly failed to produce risk assessments of their environmental impact, despite ongoing requests.

The Government must scrap HS2 immediately, instead using the money to improve and invest in local services and projects that adapt to the reality we face in this Climate and Ecological Emergency.