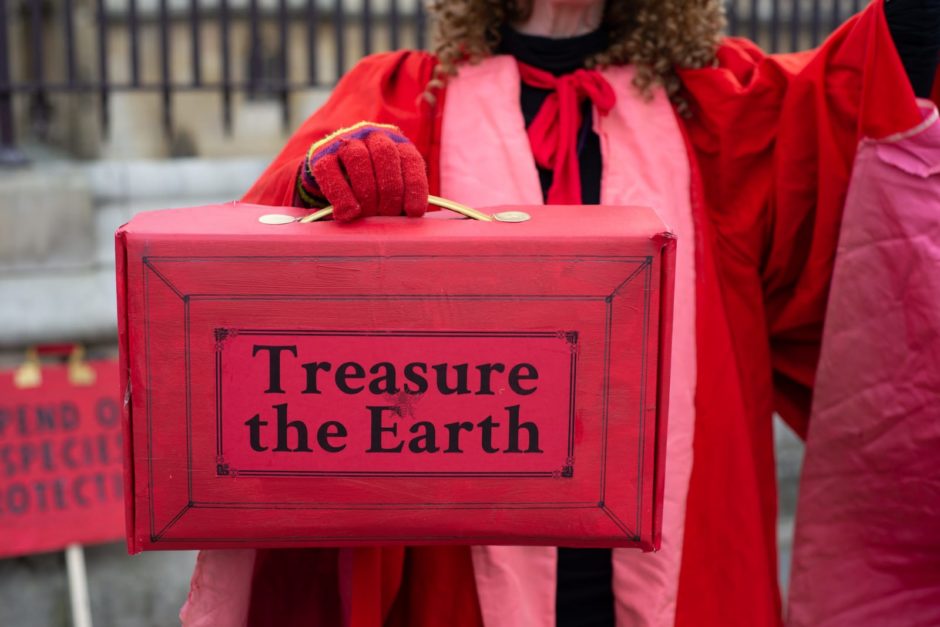 In September 2018, the UN Secretary General, Antonio Guterres, said that the world needed to be cutting carbon emissions radically by the end of 2020. [1] Today’s budget was the last opportunity for the UK government to take that route.

The science dictates we need a massive capital investment and regulatory programme to get us to zero carbon in five years; again, as ever, these tough and necessary decisions have been postponed. [2]

We are rightly pivoting our finances to tackle and mitigate Covid-19. We must do the same for environmental protection and justice.

Despite Parliament declaring a Climate Emergency, the British government spends just 0.8 per cent of GDP on protecting our climate and environment. [3]

Despite hundreds of local councils declaring Climate Emergencies, many with 2030 targets, after a decade of government cuts that have laid waste to sustainability budgets, they lack the resources from central government to protect their communities.

Most worryingly, despite talk of carbon neutrality, there was not one mention of the desire to stay below 2 degrees of global warming. This aim was both absent from Rishi Sunak’s rhetoric and incompatible with his budget.

While the Chancellor pledged £5.2 billion on flood defences, £1 billion on green transport solutions (a drop in the ocean to the £12 billion we need) and £800 million on three carbon capture plants, this was coupled with a fuel duty cut and £27 billion investment into our roads, maintaining taxes on renewable electricity, VAT on solar energy, and red diesel tax relief for agriculture (responsible for 9% of all greenhouse gas emissions in the UK), making a mockery of the government’s promise to put the climate and environment first. [4]

It is time to stop cutting fuel duties.

It is time to stop pouring huge subsidies into fossil fuels.

It is time to stop new investments in fossil fuel exploration & infrastructure.

It is time to fund the restoration of the UK’s decimated natural environment and forests.

It is time to fund a five year net zero carbon target programme, informed by a Citizens’ Assembly.

It is time to fund local councils to implement action on their declared climate emergencies.

It is time to tell the public the truth about the Climate and Ecological Emergency.

Tim Crosland, director of climate litigation charity Plan B, said: “This is a budget that flies in the face of the economic advice, which is that the economic costs of inaction on the climate and ecological emergency vastly outweigh the costs of appropriate action. It’s a budget which ignores the state of emergency recognised by Parliament on 1 May 2019. And it’s a budget which shows that Boris Johnson was not telling the truth last week when he promised Parliament he would be taking account of the Paris Agreement in relation to all major infrastructure and investment decisions. In short, this is a cowardly budget which fails to face up to the reality of the situation we’re in, while pandering to the vested economic interests represented by Rupert Murdoch, who has yet again got the better of Treasury Advisers”.

Quotes from Councillors, struggling on the frontline without the necessary resources to respond to the mounting emergency:

Councillor Kevin Frea, Co-ordinator, Climate Emergency UK: “65% of all Local Authorities in England, Scotland, Wales and Northern Ireland have declared a climate emergency, but they have depleted resources to take the massive action necessary to make the carbon reductions to meet their targets.”

Councillor Erica Lewis (Labour) Leader, Lancaster City Council: “To meet the climate emergency, we need a partnership between local and national government. We have the skills, expertise and connection to local communities, but we need to have the right powers and levels of resourcing.”

Councillor Lina Simic (Labour), Liverpool City Council: “This is it, time to act – there is no other planet, no other home. With political will, we can change our present and our future. As elected representatives we have a duty to act now.”

Councillor Diane Roscoe (Labour), Sefton Council: “We need powers, funding, investment and a nationally agreed baseline measurement that we can adhere to.”