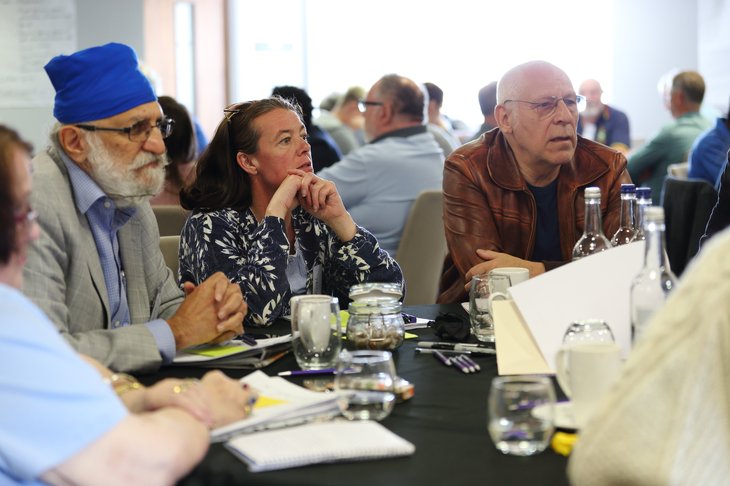 This briefing is brought to you by the Citizens’ Assembly Working Group (CAWG) of XR UK. If you would like any further information or have questions, please contact us on xr-CitizensAssembly@protonmail.com – we are happy to help!

WHAT IS CLIMATE ASSEMBLY UK?

Climate Assembly UK is a citizens’ assembly commissioned by six Parliamentary Select Committees to consider how the UK should meet its target of net zero greenhouse gas emissions by 2050. The assembly took place in central Birmingham and online from 24 January 2020. It ran over three long weekends in person (24-26 January, 7-9 February, 28 February-1 March) and the last sessions were held online due to COVID-19 restriction (18–19 April and 2–3 May). For the full schedule of speakers and themes with links to the recordings of the evidence, go to CAWG’s Climate Assembly UK Schedule.

Who were the six Parliamentary Committees that commissioned Climate Assembly UK?

The Assembly had 110 participants, who are representative of the UK population in terms of age, gender, educational qualification, ethnicity, where in the UK they live, whether they live in an urban or rural area, and their attitudes to climate change. At the outset of Climate Assembly UK the results were to be published at the end of April 2020. However, due to the delay in light of the pandemic the report will now be released on 10 September 2020.

An interim briefing was published by Climate Assembly UK, Covid-19, recovery and the path to net zero, to address how the Government and Parliament should plan for recovery from the pandemic.

The organisers hope that the six Parliamentary Select Committees will launch inquiries based on the Assembly’s recommendations.

The organisers of Climate Assembly UK are independent companies who are experienced in delivering deliberative processes such as citizens’ assmblies. They include: Involve, Sortition Foundation, and My Society.

All presentations to the Assembly were live streamed and can still be watched now – this way you know exactly what information the Assembly members were presented with.

WHAT IS EXTINCTION REBELLION’S POSITION ON CLIMATE ASSEMBLY UK?

2050
This does not meet our third demand. The assembly is hamstrung by the Government’s inadequate 2050 target which we know is far too late if we are to have any chance of staying below a 1.5C or even a 2C temperature increase.

Justice
It does not address the element of justice for people within the UK as well as the Global South as stipulated in our Third Demand.

Other planetary threats
Climate Assembly UK’s focus is limited to greenhouse gas emissions, not giving equal weight to other planetary threats such as ecological destruction, soil erosion, ocean acidification and so on. We know that further damage can be done to our planet if we do not consider all these threats together when looking at solutions.

No teeth
What’s more, it is not commissioned by the Government but by backbenchers from the previous Parliament, so the Government can completely ignore its outcomes. One way around this would have been to ensure great media interest in this assembly to create public support, but this has not happened.

This could be a small step in the right direction for a deliberative, citizen-led democracy to address the emergency. However, this assembly is working under considerable constraints. The Government must now step up to the plate and commission its own assembly; one that empowers participants to decide on how to address the climate and ecological emergency.

Criticism that may change depending on what happens after the release of the report:

Positive aspects and how to respond