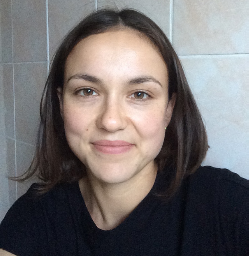 Is it reasonable to demand that the UK government take drastic action to address the climate emergency, when China’s emissions far outweigh our own? As someone who works in the media, this is a question I’m asked a lot.

It is clear that seismic shifts will have to take place globally if we are to transition to a carbon-free economy, and that includes China, as well as India, the US, the EU, the UK and all the major emitters of C02. But that’s not to say that China’s role is a straightforwardly negative one, or that protesting in the UK is pointless.

About a year ago I was working as a journalist in China, reporting on the People’s Republic for English speakers. There’s no denying that China contributes significantly to global C02 emissions through domestic use of fossil fuels, as well as its development of coal infrastructure abroad. However, China has also invested significantly in renewable energy and is now the leading producer, exporter and installer of solar panels, wind turbines, and electric vehicles.

How many of the household items surrounding you as you read this are stamped with the words ‘made in China’? In 2005 a third of China’s emissions were associated with goods destined for export. We can assume that percentage may have decreased somewhat in the last fifteen years as domestic demand in China has grown, but it remains the case that we in the UK, and other rich nations, outsource a huge amount of our carbon intensive manufacturing to China.

Falling emissions in the UK are a favourite among media pundits keen to discredit calls for action in the UK. However, if we take into account outsourced manufacturing, £10.5bn a year in subsidies to the fossil fuel industry as well as the fact that the City of London supports, directly or indirectly, a minimum of 15% of global carbon emissions, it looks like we’re standing in the right place to demand change after all.

How many of the household items surrounding you as you read this are stamped with the words ‘made in China’? In 2005 a third of China’s emissions were associated with goods destined for export

The human rights situation in China is another source of apathy for many. If people there don’t have the right to vote, what hope is there of the government taking action? The Chinese Communist Party may not be beholden to voters, but that’s not to say it isn’t highly sensitive to the views of its citizens. The Party cares primarily about prolonging its own rule and sees social unrest and organised political activity as serious threats to that endeavour. We might think a global civil disobedience movement isn’t likely to have hope of changing China, but in fact it’s the Chinese Communist Party’s worst nightmare. It’s possible that the Party would sooner address people’s concerns about the climate than have a social movement at its doorstep in Beijing. The greater problem at the moment is that for most Chinese people simple improvements in their quality of life are a far more immediate concern than the climate and ecological emergency.

The whole world needs to reorganise on a scale we haven’t really seen before and as retired detective sergeant of the Metropolitan Police, Paul Stephens, says, you can’t ask another passenger to take their feet off the seats when you’ve still got yours up there.